Mark Twain and the Halley's Comet - Writer predicting own death 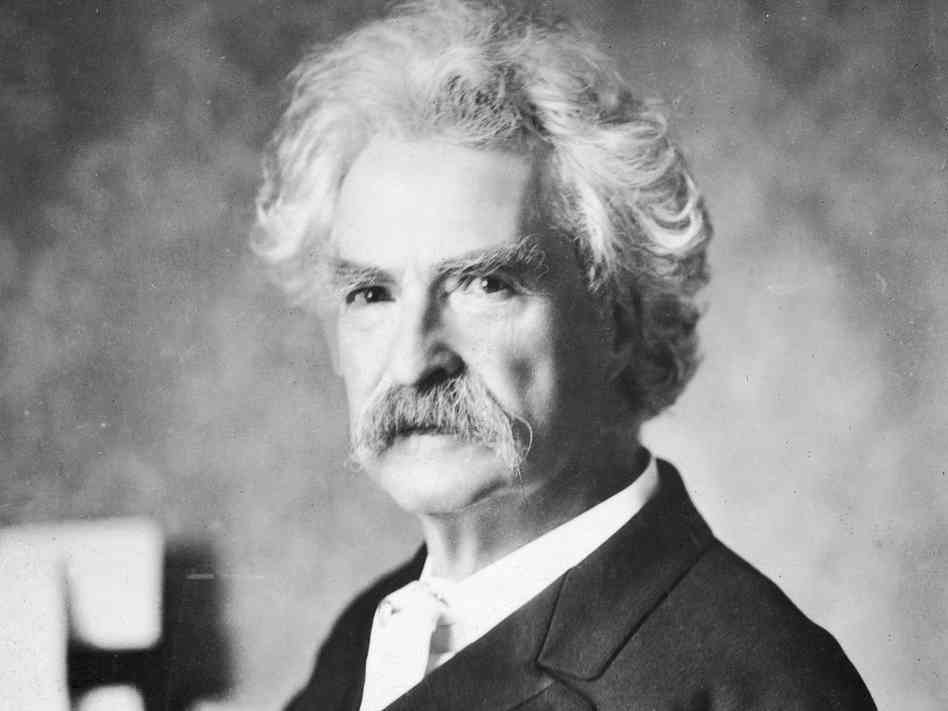 Clemens was born in 1835, after an appearance of the Comet. He died of a heart attack in 1910, just one day after the Comet appeared the brightest in its history in 1910

“I came in with Halley's Comet in 1835. It is coming again next year, and I expect to go out with it. It will be the greatest disappointment of my life if I don't go out with Halley's Comet. The Almighty has said, no doubt: "Now here are these two unaccountable freaks; they came in together, they must go out together.” This is the quote Mark Twain, known as Samuel Clemens used a year before his death. He was certain that he will die the year the Comet comes, and it happened like he predicted.

And while many will say that is a “great” prediction, the fact of the matter is that Twain was ill for some time, and his death was inevitable event few years in the making.

Twain, or Clemens, however you prefer, lived a life just like his characters from his books: full of adventure, but also suffering. Today, Mark Twain is celebrated as one of the best writers of our time. His book “Huckleberry Finn” is widely considered a masterpiece, and authors like Ernest Hemingway praise it as source for their inspiration.

The Mystery of the Halley’s Comet

To understand the mystery of Mark Twain’s death, one must understand the mystery of the Halley’s Comet. Clemens was born in 1835, after an appearance of the Comet. He died of a heart attack in 1910, just one day after the Comet appeared the brightest in its history in 1910. The association, combined with the foretelling of Clemens, is unique in every sense of the world. But the Comet has been part of many mysteries and predictions long before Mark Twain.

The Comet got its name from Sir Edmond Halley, who was the first to realize that the comet that was sighted in 1531, 1607 and 1682, was actually the same comet. He stated that all comets appear similar in their orbit, and he calculated that the comet will appear again in 1758. Sadly, Sir Edmond died before he could see his prediction come true. The comet did appear in 1758, but Sir Edmond was not there to witness it.

Because of his findings, the comet got the name Halley’s Comet. As per his calculations, the Comet appears once in every 76 years. However, sometimes there is a year or two delay because of gravitational pull of the planets the Comet passes. With Sir Edmond’s findings, scientists were able to calculate appearances of the comet in the past, and see what happened in those years. Today, there are two dates believed as the first appearance of the Comet, 240 BC, sighted by Chinese astronomers, and 467 BC, sighted by Greek astronomers.

Some of the historical events linked with the appearance of the comet include the invasion of England in 1066 by William the Conqueror. He took the comet as a good omen, at least that is what the history books show, and he started his invasion. He then memorialized the comet on a Bayeux Tapestry. Another interesting story comes from Eilmer of Malmesbury, monk who saw the comet twice in his lifetime. He first witnessed the comet in 989, and took it as a bad omen. Few days later, his town was attacked. In 1066, when he witnessed the comet for the second time, he wrote:

“You’ve come, have you? … You’ve come, you source of tears to many mothers, you evil. I hate you! It is long since I saw you; but as I see you now you are much more terrible, for I see you brandishing the downfall of my country. I hate you!”

In 1222, another year that the comet has passed the Earth, Genghis Khan started his march towards west. He thought the comet was his personal star, and marched in the same direction as the comet, west. It was just another example of disaster coming with the Comet.

Death due to Broken Heart

The official reason for Mark Twain’s death was heart attack. But people around the famous writer are quick to point that Mark died of a broken heart. Clemens just couldn’t handle everything that happened to him. The final blow to his heart was the loss of his daughter Jean, the daughter that was close to him in his latest years. After the loss of Jean, Twain was diagnosed with angina pectoris, a disease that was slowly bringing him to the finish line. Depression was just one of the symptoms, but fatigue and exhaustion also followed. In his last years, Mark only managed to gather strength to write the last chapter memorial for Jean in his autobiography.

On April 21, 22 minutes after 6 tonight, Mark Twain couldn’t fight it anymore. In his bed, he had his beloved book, “French Revolution” by Thomas Carlyle. It was the book he re-read several times in his last year. Too weak to speak, Twain only asked for his glasses. He put them down, sunk into unconsciousness and left this Earth at an age of 75 years.

Technology
Starlite – What happened to the material that could have changed the world?
Starlite was fire-retardant, and could have been used as a thermal barrier or heat-resistant coating
Huaxi – Secrets of the Richest Village in China
From the outside, Huaxi is dubbed as a socialist village. But on the inside, it is actually a capitalist corporation, m...
Eights Ways IBM Watson makes life Easier
The Watson has come a long way since the win in Jeopardy in 2011.
Five Female Astronauts that paved the way
More than 50 years ago, US and NASA worked on a project to send women in Space. The project, which included medical test...