Ayahuasca is a psychoactive brew used both socially and as ceremonial spiritual medicine. It is traditional among the indigenous people of the Amazon basin

Have you heard stories of people traveling to far foreign destinations to experience a thing called Ayahuasca? It is a psychoactive brew, and many people in the past several years have went on a journey to experience it.
The anecdotes and stories about Ayahuasca focus on the immediate effect that take place during the journey. Scientists have also studied the plant, and now we have a better understanding of the experience.

We have to start with the basic question. And let’s answer it. Ayahuasca is a psychoactive brew used both socially and as ceremonial spiritual medicine. It is traditional among the indigenous people of the Amazon basin.
The brew is made out of the Banisteriopsis caapi vine and the Psychotria viridis shrub or a substitute. Sometimes, there are other ingredients as well.
Now, how does it work? The two main ingredients have hallucinogenic properties. The latter, Psychotria viridis, contains N,N-dimethyltryptamine, a psychedelic substance that occurs naturally in the plant. This substance has low bioavailability, as it gets rapidly broken down by enzymes in your liver. 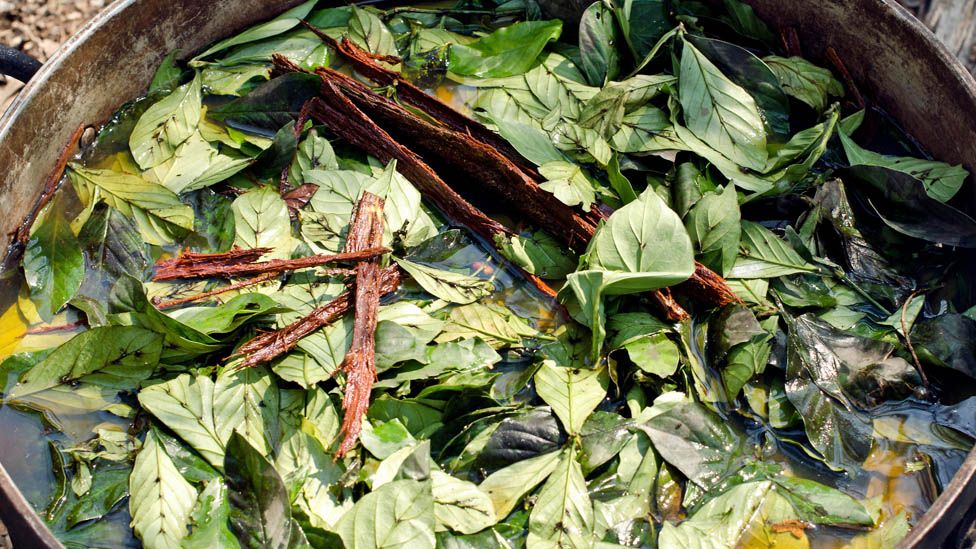 When combined, the two plants form a powerful brew that affects the central nervous system. That leads to an altered state of consciousness and sometimes includes hallucinations, euphoria, and out of body experiences.

Traditional Use and Ceremonies

The use in societies in South America can vary. Some cultures use it for shamanic purposes. Others, consume it socially among friends or in order to learn more about the natural environment.
In the rainforest, the use of Ayahuasca is more in line with purification of one’s self, abstaining from spicy and heavy seasoned foods, excess fat, salt, caffeine, acidic foods, and sex before, after, or during a ceremony.
Shamans use ayahuasca for traditional rituals. They advise people not to consume the brew when they are not in presence of one or several well-trained shamans.
They even go as far as criticizing “witches” who masquerade as real shamans and entice tourists to drink the brew in their presence. According to shamans, witches do this to steal one’s energy and/or power.
Shamans advise ceremonial consumption of the beverage in a rite that takes place over the entire night. During the ceremony, the effect of the drink lasts for hours. But before the ceremony, participants have to abstain from spicy foods, red meat, and sex. Purging follows the drinking ceremony, and it includes vomiting and diarrhea. According to shamans, this releases built up emotions and negative energy. In the past few years, scientists have tried to look at potential benefits of ayahuasca. But even before that, people that have gone through the Ayahuasca experience say there are many benefits, including life-altering changes.
Per some studies, the brew can improve brain health, mainly because some of the ingredients exhibit neuroprotective and neurorestorative qualities. For example, DMT, an ingredient in the brew, activates the sigma-1 receptor, protein that blocks neurodegeneration and regulates the production of antioxidant compounds.
Other studies show that the brew can improve psychological well-being. Taking the brew can increase mindfulness capacity of your brain and improve your overall psychological well-being.
Last, but not least, some research suggests Ayahuasca can treat addictions, anxiety, PTSD, and treatment-resistant depression.

So, are ayahuasca retreats legal? Well the plant isn’t illegal in the US. But its active ingredient, DMT, is banned as a Schedule I drug. That puts it in the same category as heroin and ecstasy.
That is why many people from the US and Europe embark on these trips to far and distant countries to try and go through the experience.
When taking on such journey, you will encounter the divine, the infinite, and the mystery, something beyond the limited perspective of your mind. But you also have to be willing to accept cannot be experienced in a way that will make sense to your brain.
Shamans sing songs that are integral part of the ceremony. These songs boost the visionary effects of the brew. Shamans also say that you gain a greater appreciation of the power of music through the icaros (traditional songs).
Ayahuasca is always referred to in the feminine. Users say they hear the voice of a higher intelligence that is female. They say the plant speaks directly to you and tells you what to work on in your life.
And if you do not adhere to the recommended diet before the ceremony, the plants will assist your body in ridding itself of the chemicals by fleshing out the toxins that you have crammed into over the years. That is the purging part of the ceremony. You will literally vomit profusely. Organizes provide purge buckets.
When you select a retreat, make sure that the Shaman is bonafide. Be prepared to experience your mind deconstruct firsthand and then reconstruct itself back together.

In the past few years, there have also been several sexual abuse reports and controversies about Ayahuasca retreats. The first one came by Psychology and Anthropology major Rebekah Senanayake when she published an article “Great Shamanic Deception: Using Ayahuasca as a Conduit for Sexual Fulfilment”. 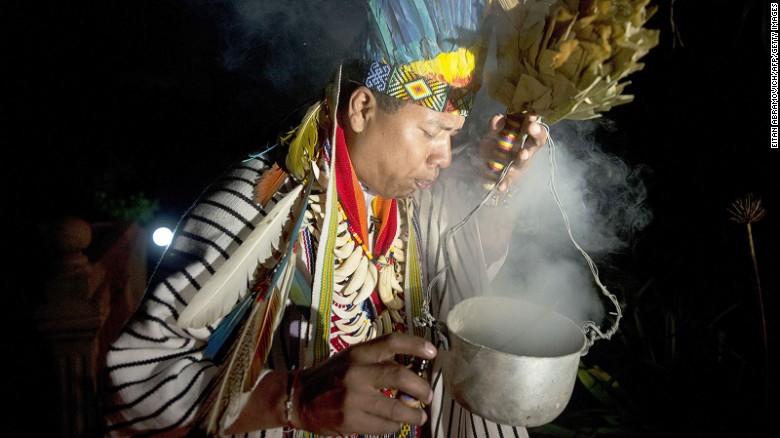 She released the article in April 2019 speaking about her experience to Peru. During the 10 days, the Shaman gave her special attention and extended compliments on her visions and power. She returned to the retreat the next year and received the same special treatment.
The student says she began having visions of the shaman, appearing in a position of dominance and convincing her he had a need for her special gifts. Once he established the power dynamic, he began bringing sexuality into their ceremonies. In his words, Rebekah had to cure him of his sexual malfunctions.
In January 2020, BBC published a story about another woman that was sexually abused at a retreat. She said the shaman approached her and laid his hands on her stomach. He then slid his hands down her pants and then under her shirt, feeling around her breasts.
According to the Charcuna Institute for Psychedelic Plant Medicines sexual abuse and misconduct towards female participants is prevalent. In their statement, even consensual sex between a healer and participant is an abuse of power.

Berlin is the unofficial nightlife capital of the world. This makes it a magnet for partygoers looking for hedonistic release.But that excitement sometimes ends in tragedy, as in t...

Frank Lucas was an American drug trafficker who operated in Harlem during the late 1960s and early 1970s. He was known for cutting out middlemen in the drug trade and buying heroin...

More than 4 million regular users of cocaine in the United States make it worth more than gold; from a Peruvian farm crop to a product of the Sinaloa Cartel; a celebrity dealer who... 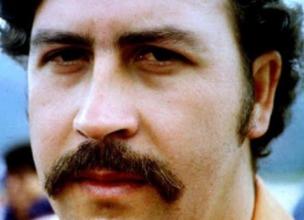 Drugs
How Rich Was Pablo Escobar at his Height? Let’s Check Out!
In the middle of the 1980s, when he was at his absolute best, Escobar’s cartel earned more than $420 million per week....
How to Detoxify the Pineal Gland
The pineal gland is believed to play a vital role in consciousness. Detoxifying it can be helpful in attaining higher le...
How Diet Affects Gender
Diet can alter estrogen and testosterone levels significantly, which further impact the development of human physical form.
7 Highly Successful People that Battled Alcoholism
It is widely described that alcohol can cause problems in your normal functioning. And while alcohol is a recipe for dis...