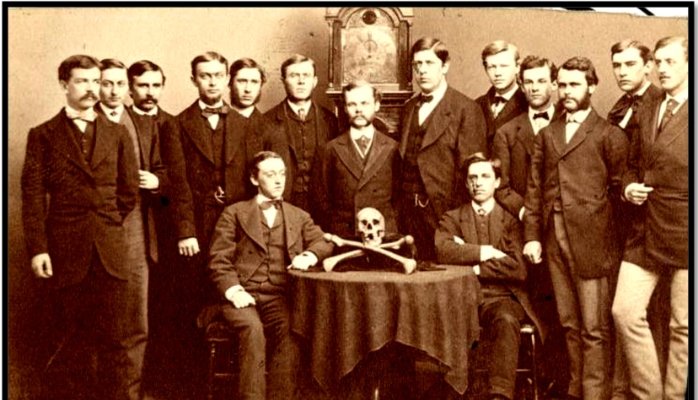 We’ve all heard of the Illuminati and the New World Order. They are two most “famous” secret societies that people believe operate behind the scenes in world politics. Conspiracy theories have been trying with years to prove that the Illuminati and the New World Order are deeply involved with politics, with some even stating that Obama, Putin and other world leaders are part of the societies. But there are actual, real, and very much active secret societies out there that are known to have some saying in world politics. Here are five of those.

Founded by Alexander King and Aurelio Peccei, the Club of Rome is a global think tank organization that has deep ties with political issues. In general, the Club does most of its work in the world of science. But with the advancement of technology, the Club of Rome has become a popular and influential organization. The motto of the club is “Group of world citizens sharing a common concern for the future of humanity”. As such, the club acts as a global catalyst for the change through analysis of problems, and then finding a solution for the same problems.

Most of the members of the club are heads of state, former and current, as well as high-level politicians, business people, UN bureaucrats, diplomats, scientists and other influential individuals. The headquarters of the organization is in Winterthur, Switzerland.

Some conspiracy theories go as far as saying that the Club of Rome was influential in splitting NATO into a left political wing, and the military alliance. The Club is one of the most important policy arms of the Committee of 300. In 1968, the founder Aurelio Peccei recognized the need for a new One World Government, and made the plans with heads of the US, France, Britain, Sweden, Japan, Switzerland and other countries. The club reached its height during the period of 1968 to 1972, when a number of scientists and political figures joined.

Once a year, a group of rich people gather around at a 2,700 acre campground, and go totally crazy. This is the Bohemian Grove, an annual event organized by the Bohemian Club. Only the richest, and the most influential persons are allowed to be part of. Many believe that the Club has control and influence in more than 175 nations in the World.

The Bohemian club was founded in 1872, as a place where politicians, athletes, rich people and businessmen can gather and enjoy life outside of their comfort zone. The idea was for rich people to gather around, and talk about something else than politics, economy and so on. But the ties, connections, and communications they made in the club, helped world leaders tailor world politics afterwards.

The Bohemian club membership has a 10 years waiting line, and the price is sky high.

Very few societies in the world can claim that three of the US Presidents have been their members. The alumni list for the society that was formed at University of Yale in 1837 is very long, and very influential. But for starters, let’s just state that George W. Bush Senior, and Junior were part of the society. Several other US politicians were members of the club during their studies, including the Secretary of State, John Kerry.

Fun fact: When the club was formed, the goal was to create an organization for drug smuggling. However, with new members joining in, especially influential children of politician, the club transformed into a political society. In the beginning, the rich people at Yale used the Skull and Bones to smuggle drug into the university circles.

The Bilderberg group hosts the annual private conference for people from the industry, media, academia, education, finance, and other fields, as well as political elite. In most cases, the list of attendees includes bankers and directors of large businesses.

The Group has been linked with several conspiracy theories, most notably that the Bilderberg group was responsible for the Kosovo War and the fall of former Serbian president Slobodan Milosevic. Another popular theory is that the group stands behind the US Republican party with finances and support. And of course, whenever a secret society is mentioned, a conspiracy theory revolving around One World Government is a must.

The Rhodes Trust is responsible for selecting international students for the Rhodes Scholarship, a postgraduate scholarship for the University of Oxford. The scholarship is considered to be one of the most prestigious in the world. Established in 1902, the scholarship was named after Cecil John Rhodes, a South African politician and magnate.

In its essence, the Rhodes Trust is an educational charity, with a sole purpose of supporting scholars from around the world. But behind the mask lies a secret society in which powerful, intelligent geniuses are supported, just so they can later be used. Most of the trustees are influential men in finance and investment companies, but also in politics. With such powerful alumni, the Rhodes Trust always has someone that they can use to get their way.

Political
Buzludzha Monument – Abandoned UFO Cold War Monument
The cost of the building process was 14,186,000 leva, which equals to $35 million in today’s rates. The monument was ...
America’s First Ladies: Fun Facts you didn’t know
The First Lady needs to be respectable, presentable, smart, intelligent, and so on. So far, America has had some great F...
Huaxi – Secrets of the Richest Village in China
From the outside, Huaxi is dubbed as a socialist village. But on the inside, it is actually a capitalist corporation, m...
The Mystery of Oak Island? Is there something there?
The privately owned island has much more to offer, but the most famous spot is the location now known as “the Money Pi...