Christmas and New Year’s Eve Celebrations around the World 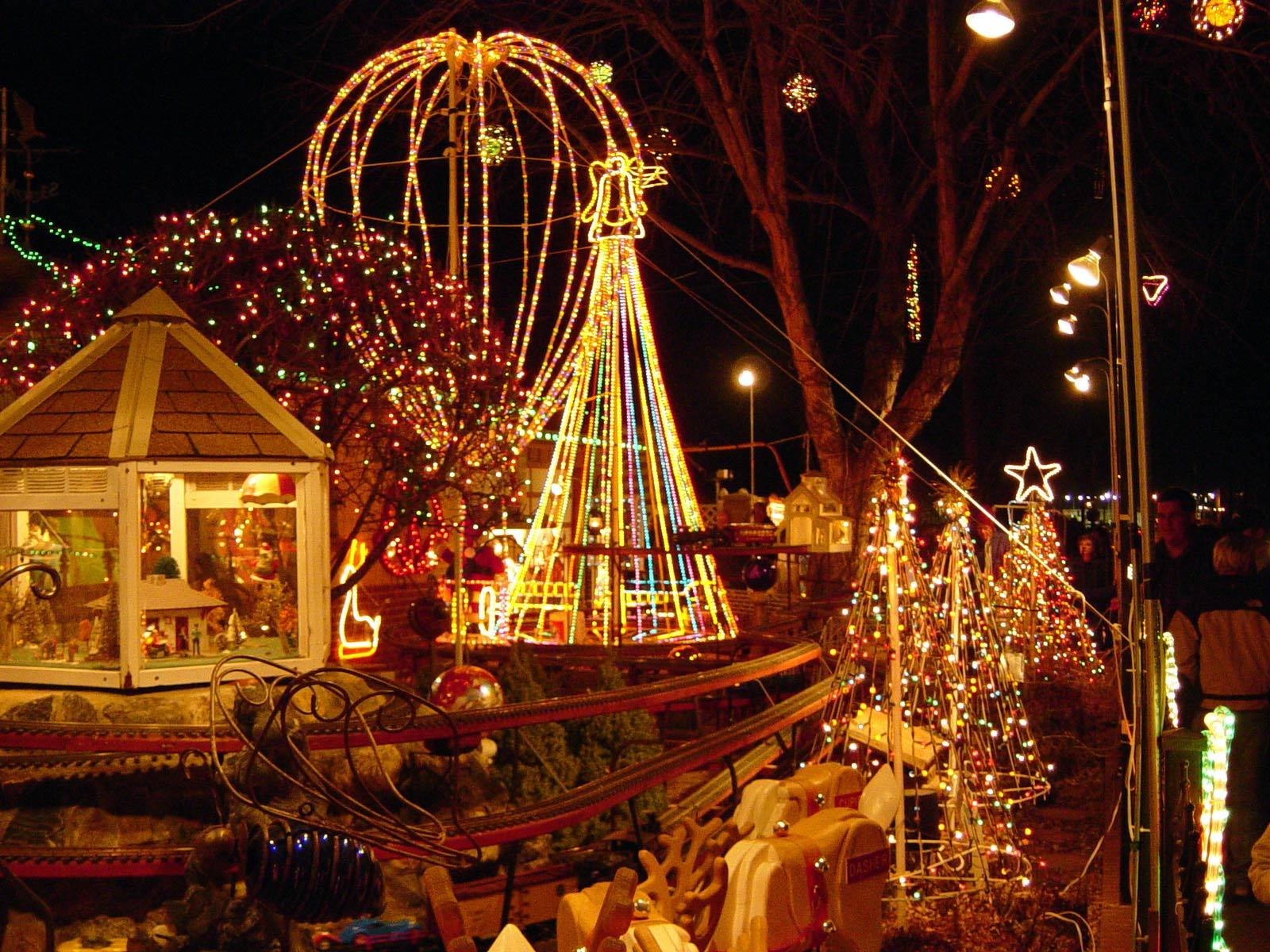 Not all Christmas traditions are fun, interesting and standard. There are always some that stick to the folklore for inspiration and believe in traditions more than hundreds of years old

For most of us, a big old fat guy, dressed in red with white beard climbs the chimney, and leaves presents on Christmas Eve. But that is not the case for everyone. There are countless of Christmas and New Year’s Eve traditions and celebrations. Let’s take a look at some of the bizarre and interesting ones.

Not all Christmas traditions are fun, interesting and standard. There are always some that stick to the folklore for inspiration and believe in traditions more than hundreds of years old. Here are some of the more bizarre traditions.

In South Africa, for example, people pass Christmas caterpillars from the Emperor moth instead of mince pies. The caterpillars are deep fried and then served on Christmas Day.

If you thought Europe is modern and contemporary when it comes to Christmas, think again. One example is Norway, where the legend claims that witches come out to play on Christmas Eve, so women in the country hide all the brooms before they go to bed as a security measure.

Another interesting tradition happens in Estonia, where people gather in their home-made sauna. Estonians believe sauna elf lives in their sauna, and on Christmas Eve, they go there to enjoy as a family, completely strip to their toes.

In Germany, some families make sure the last ornament they hung on the Christmas tree to be Christmas pickle. The pickle is always tucked away and hidden, and the first child who finds it receives a special gift and is believed he/she will have good luck next year.

In Italy, people leave a glass of wine as a token of appreciation on Christmas Eve. It is believed that Befana, an old which flies around on her broom and delivers gifts to children. However, she also tides up the apartment before she leaves, which is why people leave her a glass of wine.

In Ukraine, people are decorating their Christmas tree with spiders, spider webs, and cobwebs. The tradition was started long ago, and according to the folklore, a woman could not afford to decorate her tree. The next morning, the tree was covered with webs. However, when the first light of Christmas morning touched the web, they turned into gold. The family was never left for wanting ever again. That is why, people in Ukraine believe that a spider web will bring them good luck.

Celebrating New Year’s Eve in one of the major cities around the world is an experience like no other. Let’s take a look what happens in New York City, Las Vegas, Sydney, London, Paris, Tokyo and others.

In New York City, the central celebration is at the Times Square, where millions of people gather waiting for the Waterford crystal LED ball to drop from the building in which the New York Times was settled long ago. The Times Square got the name according to the building, and the tradition is more than 100 years old.

Las Vegas is another American city that celebrates New Year’s Eve in style, with fireworks blast over the every casino in the city. During the celebration, the most popular and biggest stars perform at special concerts.

Going to Europe, London, England has its own signature square for celebration. At midnight, the tower around Big Ben pulses with fiery blasts, as locals and visitors line up at the Thames waterfront to watch the celebration.

On New Year’s Eve, the City of Light, Paris, become the city of fireworks as thousands gather at the Champs-Elysees. At midnight, fireworks burst from the Eiffel Tower, signaling that the New Year is here.

One of the largest celebrations happens in Rio de Janeiro, where millions of locals dress in white, looking like priestess and wait for the arrival of the new year at the beaches. Locals throw flowers into the waves, honoring the Sea Goddess Yemanja.

At midnight, temples ring bells as a countdown in Tokyo, where streets are filled with people enjoying the local noodles. January 1 and January 2 are the only two days in the year when the gates of the emperor’s palace are open for the public.

The iconic Sydney Harbour Bridge is the place where people welcome the New Year among the first on the globe due to time differences. People at the waterfront in Sydney enjoy one of the most spectacular fireworks production year after year.

One of the more interesting traditions comes from China, where all doors are decorated with red details. Chinese people believe that red color is symbol for happiness, and few days before New Year’s Eve, they clean their home to get rid of bad luck.

In Spain, especially in Madrid, locals celebrate New Year by swallowing 12 grapes, one for each stroke of the clock at midnight. You must finish swallowing the grapes before midnight, which is a sign of good luck. Another interesting tradition in Spain is that it is customary for employers to gift their employees.

Ethiopians also have a tradition linked with the number 12. In Ethiopia, people eat slaughtered roster carved in 12 pieces on Christmas, representing the 12 disciples. They also eat 12 hard-boiled eggs to symbolize eternity.

In Iceland, on New Year’s Eve, children get either a treat or a rotting potato in their shoes. Santa Claus is called Yule Lads, and he is the one that climbing through the windows of children and leaving gifts or potatoes.

You might think that everyone around the globe celebrates New Year’s Eve on December 31, but you are mistaken. There are different cultures, different traditions, which only further contributes to the beauty and the versatility of the holiday.

On the island of Bali, locals celebrate New Year in March, which coincides with their lunar New Year. The celebration is marked with a 12-hour dedicated silence and mediation. Some cities in the US also celebrate the Balinese New Year with yoga camps.

The Eastern Orthodox Church celebrates New Year on January 14. Some of the countries that celebrate on January 14 include Russia, Ukraine and Serbia. However, this is the religious holiday, but the public holiday is still on December 31, when there are fireworks and celebrations.

Chinese New Year takes place either in January or February, and for Chinese people, it is one of the most important holidays of the year. The event is celebrated in different cities in the world where there is a Chinese population.

Jewish New Year is celebrated in September, and is called Rosh Hashanah. The holiday lasts for two days, and during the holiday, families celebrate through food and prayer services. The celebration includes slices of apples dipped in honey, which is the symbol of a sweet new year for the Jewish people.

Some of the superstitions linked with New Year’s Eve apply to all countries in the world. Here are some interesting superstitions.

Make sure to pay all your bills before January, as people believe that this will make your next year financially successful.

On December 31, leave the windows open before midnight, so the old year can leave your home and the new can enter.

Be careful not to break something. A broken glass or a dish is a sign of bad luck through the year.

In some countries, January 1 is a non-working day. However, even if you do have to work, try to do as little as possible. IF you work hard and much on the first day of the year, you will experience failure in it.

If you are expecting guests, it is good when the first person in the new year is a man. People believe that males bring happiness if they are the first to knock on your door.