7 fascinating facts about US Independence Day, Fourth of July 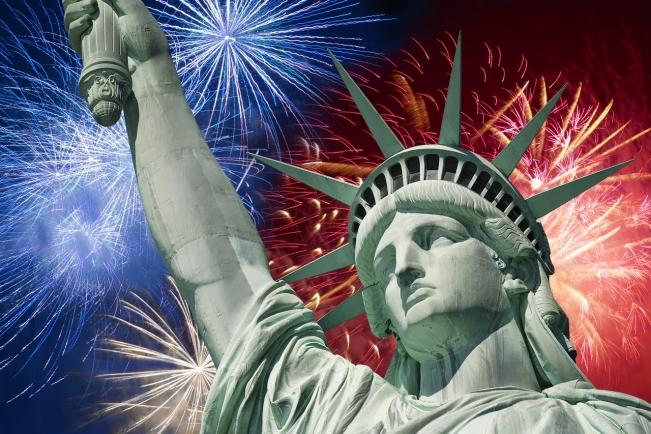 The date was fourth of July, 1767. The US Congress adopted the Declaration of Independence, declaring that the 13 colonies are no longer part of the British Empire. Instead, they represent a new country, a new nation, the United States of America. Since then, Americans celebrate Fourth of July as the Independence Day. The celebration is accompanied by fireworks, parades, concerts, picnics, barbecues, fairs, family reunions, ceremonies and lots of political speeches. The first celebration was in Philadelphia in 1777. The Congress organized parade, fireworks and speeches, all that accompanied by a 13 gun salute representing the thirteen states. The celebration set the tone for future celebrations. During the years, there have been spectacular celebrations. Here are seven interesting facts about the Independence Day and celebrations over the years.

Only Two People Signed the Declaration on July Fourth

It seems like the Independence Day carries some curse for the American presidents. Three of the first five US presidents died on July fourth. Those were John Adams (the second US president), Thomas Jefferson (the father of the nation and the third president) and James Monroe (the fifth president). Both Adams and Jefferson died on the same day, on July fourth in 1826. Monroe died five years later, in 1831.

There are many popular side dishes during the Fourth of July celebration, and most of them are produced in one or two countries. For example, more than one third of the baked beans that people eat during the Celebration are produced in North Dacota. Corn and cob are another popular side dish, and 70% of the production of corn comes from California, Florida, Georgia, New York and Washington. More than half of the spuds you find in the potato salad are produced in Idaho or Washington. The lettuce found in the salad or hamburger is produced in California. The likelihood that you eat lettuce from California is high, as the country produced more than 75% of the nation’s lettuce. The ketchup and tomatoes also come from California, as the country produces 95% from the nations processed tomato.

When to Celebrate Independence Day?

For the first 20 years, the Independence Day was not celebrated on Fourth of July. The date was officially declared a holiday in 1870, almost one hundred years after the declaration was written and signed. For example, John Adams, the second US president believed that the Independence Day should be celebrated on July second. His believing was that the date when the Congress voted for the Declaration should be celebrated as a holiday. In a letter to his wife, Adams wrote that “July 2 should’ve been celebrated with pomp and parade, sports, bonfires, bells and festival”. In the first years after the Declaration was signed, there were controversies whether the country should celebrate. While democrats and republicans admired the Declaration, Federalists deemed it unpatriotic, anti-British and too French.

Before the Civil War, it was seen unpatriotic and treason to keep your business and store open on Fourth of July. The war started in 1881 and lasted until 1885. After the War, everything changed, including the opinion whether stores and businesses should be left open. After the war, stores, restaurants and businesses opened their doors and always had sales during the Celebration in the name of patriotism. All the stores, not just those selling red, white and blue decorations held sales. The Sale for Fourth of July is still present today, to some extent. Since the 1870s, the celebration for Fourth of July is seen as modern celebration.

Fourth of July is unofficially known as the booziest holiday in the US. The tradition started in 1778, the second celebration of the Independence Day. In 1778, then US President George Washington gave the troops double ratio of rum to mark the anniversary of the signing of the Declaration of Independence. Since then, the sales for beer, liquor and alcohol have eclipsed. For the last ten years, sales of beer eclipse $1 billion. And that doesn’t account for other types of liquor.