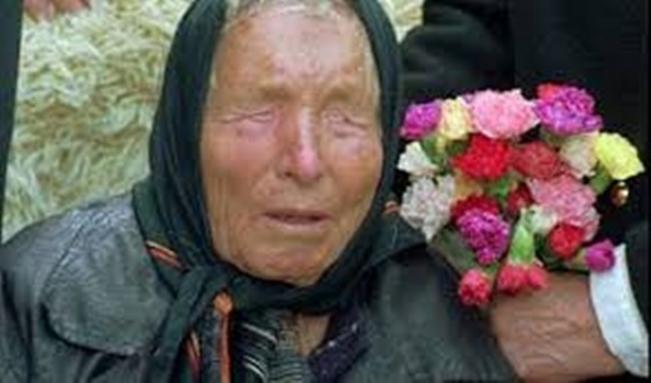 Prophetess Vanga, or Baba Vanga as she is known on the Balkans, can be easily put in the same sentence as Nostradamus. Many people like to call her the Nostradamus of the Balkans, and with a good reason. The prophetess was right for many calls she made during her life, and if her prophecy is true, next year we will see the end of Europe as we know it

Prophetess Vanga, or Baba Vanga as she is known on the Balkans, can be easily put in the same sentence as Nostradamus. Many people like to call her the Nostradamus of the Balkans, and with a good reason. The prophetess was right for many calls she made during her life, and if her prophecy is true, next year we will see the end of Europe as we know it.

Prophetess Vanga was born in Strumica, nowadays a Macedonian territory, but back in the days, a part of the Ottoman Empire that was later given to Bulgaria. She was born on January 31, 1911 and lived until August, 1996.

Vanga was a premature baby and suffered from health complications during her early life. When she survived the initial concerns, she was given a name after a stranger suggested Vangelia (Evangelos from Greek). 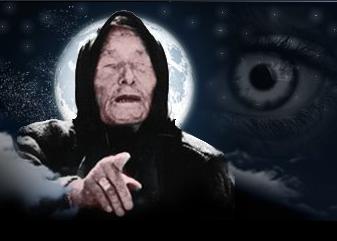 The turning point of Vanga’s life came when a tornado threw her in the field. She was lost for several days, but when her parents found her, her eyes were covered with dust and sand. She couldn’t open her eyes because of the pain, and no healing gave results.

She started attending school for blind children in 1925 in the city of Zemun, or then the Kingdom of Serbs, Croatians and Slavs.

Her prophecies and ability to “speak with the dead” became popular during World War II, when many people started visiting her and asked whether their relatives are alive.

For the years that we will live to see, Vanga predicted the following events.

2016 – According to Vanga, in 2016 Europe will cease to exist. The continent will lose almost all of its population and the developing countries will transform to exploiters.

2023 – The orbit of the Earth will change, albeit the change will not be as significant.

2025 – The population of Europe will reach almost zero

2028 – Mankind will fly to Venus, in hope to find new sources of energy. Five years from then, the level of world oceans and water will duplicate.

2043 – As exploiters will start moving into Europe, the continent will be ruled by the Muslims.

2066 – Muslims will try to invade Rome and will succeed in that. In an effort to free the ancient city and bring back Christianity to it, the US will use a climate weapon for the first time.

22nd century – The era of the cyborgs

Baba Vanga predicted that in the 22nd century, human and live robots will take over the world. Here are the predictions.

2123 – There will be a war between the small countries of the world, and the big forces will intervene to end the war

2164 – Scientists will find a way to turn animals into humans

2170 – A terrible drought will took place, halting the population of the Earth

2183 – A human colony on Mars will become a nuclear force, and will seek independence from the Earth

2195 – People living under water will become independent from the land people. They will no longer need supplies and energy from the land.

38th century – No life on Earth

We will probably not live so much, but our grandchildren will. By the time the 38th century comes, there will be no more life on Earth.

3797 – There will be no more life on Earth, and mankind will continue living on other solar systems and planets in the Galaxy.

3803 – New planets will be low in population, as few people will manage to get to them. The communication between people will be at an awful level, and there will be human mutation as a result.

3871 – A new prophet will rise, and he will start preaching moral values and religion to people

3874 – The Prophet will get the support from all survivors and will start a new Church. 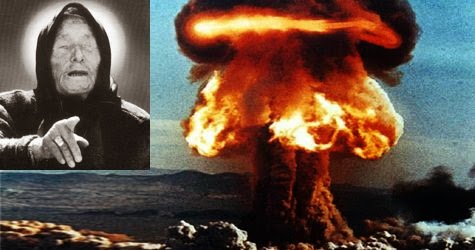 51st century – The end of the World

In 5076, people will finally find the limit of the Galaxy and the Universe, and nobody will know what is hiding beyond the final frontier. In 5078, people will cross the frontier, no matter that 40% of the World population will be against that decision. For the next year, Baba Vanga predicted the end of the World.

Some of the most popular predictions by prophetess Vanga, or Baba Vanga are the death of princess Diana, Stalin’s end, Barrack Obama’s presidency, the 9/11 attack and much more.

She made a shocking prediction in 1980, when she said that “At the turn of the century, in August of 1999 or 2000, Kursk will be covered with water, and the whole world will be weeping over it.” Kursk was a Russian city. In August 200 a nuclear submarine perished. The marine was named after the city of Kursk, which many believed turned out to be the prediction made by Vanga.

In 1989, Vanga predicted the 9/11 disaster. She said “Horror, horror! The American brethren will fall after being attacked by the steel birds. The wolves will be howling in a bush, and innocent blood will be gushing.”. The world trade center collapsed on September 11, 2001.The steel birds in the prediction are the terrorists who drove the planes into the trade center.

In 1942, she predicted that Bulgaria will become a socialist country. She told King Boris, who visited her, that he will die in August 1943, and that red flag will rise above the palace. The King died on August 28, and in the autumn of 1944 Bulgaria became a communist country.

Vanga’s biggest problem with politics came in 1952, when she predicted that “Josef Stalin will go into the nether world and the Soviet Union will fall apart”. She was thrown in jail for her prediction. Stalin did die and the Soviet Union collapsed, but his death did not save Vanga from political persecution.