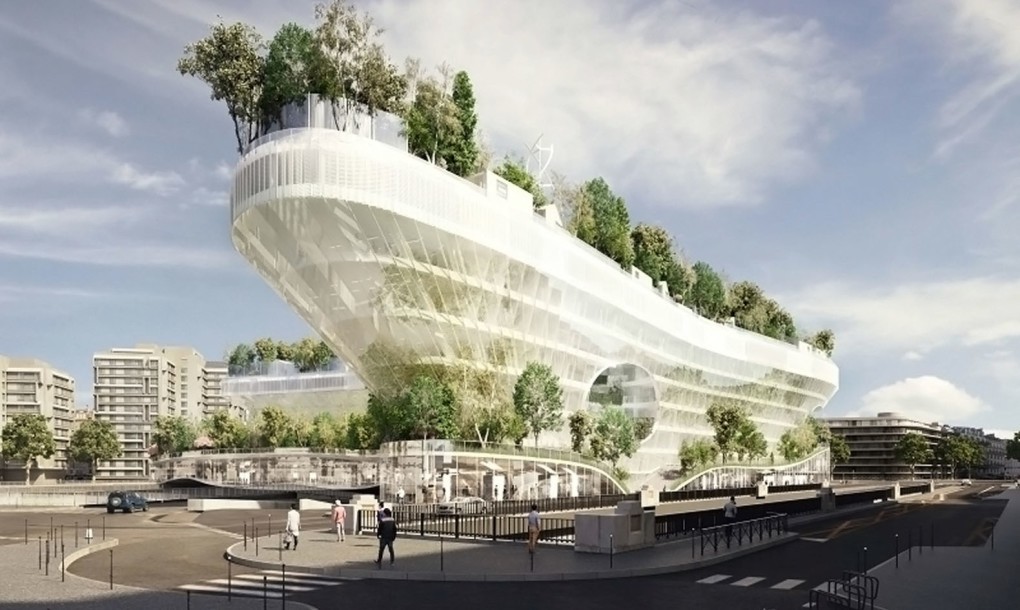 While the project won’t replace the Eiffel Tower probably as the Parisian icon, it will certainly put another icon in the City of Lights

Move on Eiffel Tower, Paris might soon have a new symbol of the city, called project “Thousand trees” or “Mille Abres” in French. The project, a vision of Japan’s Fujimoto Architects and France’s Manal Rachdi, has the goal of reinventing Paris as a green city leader in Europe and the world. The joint project will create a sort of a “floating village”, a parking lot covered completely with trees, creating a certain lush urban paradise. While the project won’t replace the Eiffel Tower probably as the Parisian icon, it will certainly put another icon in the City of Lights.

How the Thousand Trees Project will Look?

As mentioned, the main goal of the project is to redefine the outskirts of Paris, making the city leader in green architecture. Park, hotels, restaurants, pedestrian walkways, shops, office spaces, all of them will be present in the structure, with village of apartments floating atop everything. People living outside the “Milles Arbes” will be able to gaze at the greenery, while those inside will breathe fresh air as they look outside of their homes.

The 600,000 square-foot structure will be located in the northern edge of the 17th arrondissement in Paris, dividing the urban part of the city from the suburb part. The first level of the project is envisioned as a tree-filled pedestrian bridge. The second floor will house office spaces, restaurants, a four-star hotel and lots of day-care centers. The last, third floor will be reserved for floating apartments.

Aside from going green, the project will also improve sustainability of Paris. Envisioned as a fully sustainable structure, the building will run on wind and solar power. Even better, when one sector has a surplus of energy, it could be used by another, dividing power in a highly efficient network. In another words, “Thousand Trees” will be resilient micro-city, or a sober hybrid city of the future.

Going green has become the latest trend in architecture, and there are countless of reasons to. Data shows pollution is up in the last few years, and we are people have to find a way to counter it. Going green is the best way for that, and as we’ve seen in the past few years, many cities are incorporating green strategies in their future architecture plans.

For example, Oslo has vowed to make the city car free in the next few years. Hamburg has started building a great green park connecting the city, also eliminating cars and supporting more bike ride. Amsterdam has long been the leader in bicycle ride in Europe. In the world, good examples are rooftop gardens in Brooklyn, or the apartment complexes covered in plants in Ho Chi Mihn City. However, the latter are just small projects incorporating nature into the urban architecture. Paris’s new project Thousand Trees will cover an area of 600,000 square foot, which will be the biggest in the group.

When will it Come to Life?

The Miles Abres project won the “Reinventer Paris” competition. According to main architect, Manal Rachdi, the project will begin construction in the next two years. Completion of the project is expected somewhere in 2012 or 2022, depending on conditions and several factors.

The Paris Smart City project was commissioned by the City Hall. The goal is to reduce the gas emission in the city by 75% by 2050.