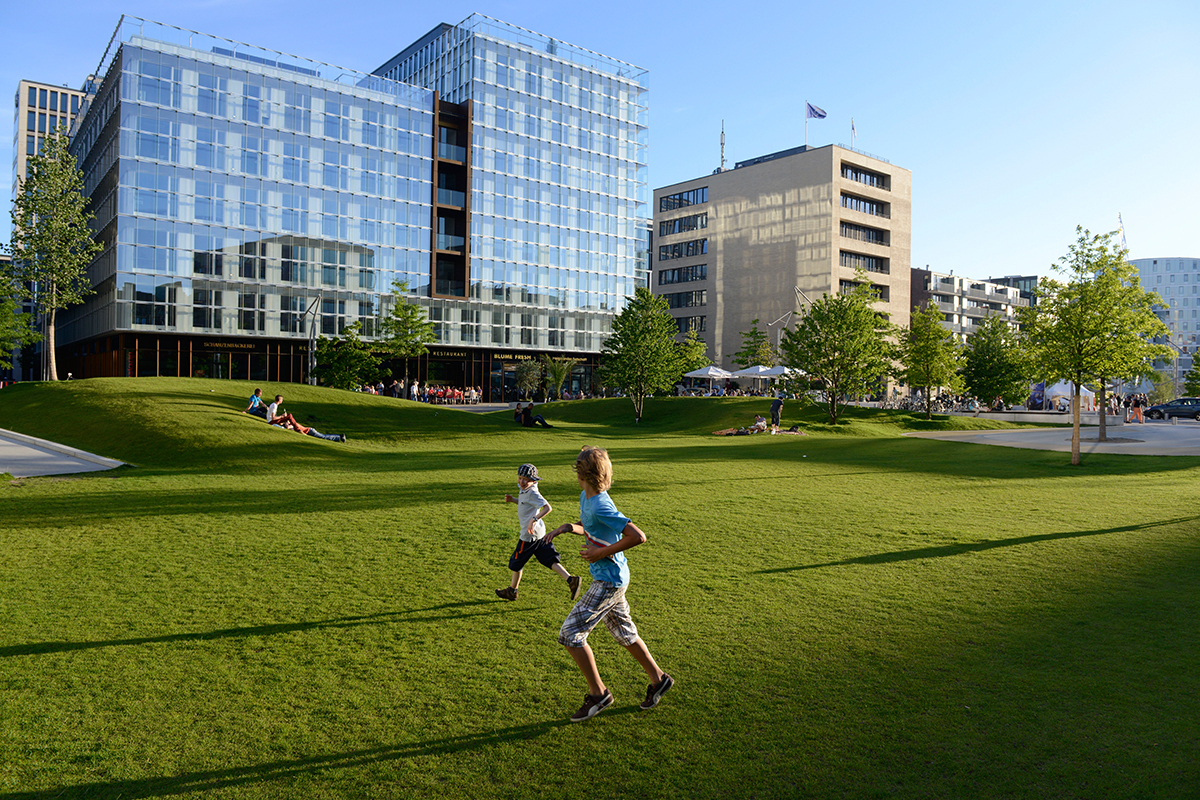 The plan, called the “Green Network”, will cover 40% of the area of the city, connecting parks, gardens, cemeteries, recreational areas and playgrounds with green paths

For a country and city that has given the world Mercedes-Benz and BMW, it is hard to envision transportation system that doesn’t include cars. But that is exactly what will happen in Hamburg over the next 20 years. Looking to be among the first European commercials hub that promote bicycling as the main mode of transportation, Hamburg and its city officials presented a plan to make the city car-free by 2034. The plan is to build a network that will emphasize bikes and public transport as method of transportation. The network will also provide breeding ground for pedestrians.

That will be Hamburg of the future, an environmental pioneer in an era where Leonardo di Caprio is saying that climate change is real and we need leaders that understand that. The plan, called the “Green Network”, will cover 40% of the area of the city, connecting parks, gardens, cemeteries, recreational areas and playgrounds with green paths.

The Challenge of Climate Change

The climate change is real, and it is here, forcing leaders to think outside of the box and search for solutions to reduce its effect. Climate change is already affecting Hamburg, even though the city is better positioned to battle warmer temperatures than Berlin for example.

The city’s water level is also affected, with the sea level now higher by 20cm compared to 60 years ago. And the city’s officials expect that sea level could rise for another 30 to 110cm by 2100 if no precautionary measures are taken. Simply put, the green network will help the city combat the flood.

At the moment, more than 30 people are included in the development of the green network, and all of them are city’s civil servants, not politicians currently in charge.

The ambitious plan will happen in the next 20 years. However, even now, as things stand, half of the city is covered by green and public open spaces. At the moment, there are two green rings in the city, surrounding the play areas and parks, and dividing them from the inner city. The first green ring borders the inner city in a radius of 0.62 miles, measured from the city hall. The second one is positioned little further out, in a radius of 5 to 6 miles.

The idea with the Green Network is to connect the green rings with the parks and public areas, by building closed walking and cycling paths. These green paths will be isolated from motor traffic, and should make Hamburg the champion in the area of green metropolis. When finished, the green network will cover more than 7,000 hectares.

The city’s officials also plan to improve and upgrade the existing paths, by closing gaps in the outer ring, installation of new facilities, improving the green infrastructure that will now be able to absorb water in case of rain and flooding. And as the city officials put it, the goal is not just to create green network that will help residents of the city to get from point A to point B. The goal with the green network is to offer residents opportunities to swim, hike, enjoy picnics, do water sports and enjoy the nature and its sights while traveling.

Hamburg versus Copenhagen versus Oslo

It seems like European cities are battling for the supremacy and the champion title of “first no car city”. The trend is growing more and more popular.

For example, Oslo is trying to become the first European city without cars in the city’s central area. The plan is an ambitious one, but the city’s officials intend to make it happen by building new bike paths in the central area.

Copenhagen also has an ambitious plan. The Dutch have the most ambitious plan among European cities, and the goal is to build 26 super bike roads, that will spread outside of the central area of the city, up to the suburbs. Once the project is finished, Copenhagen will be carbon-free by 2050.