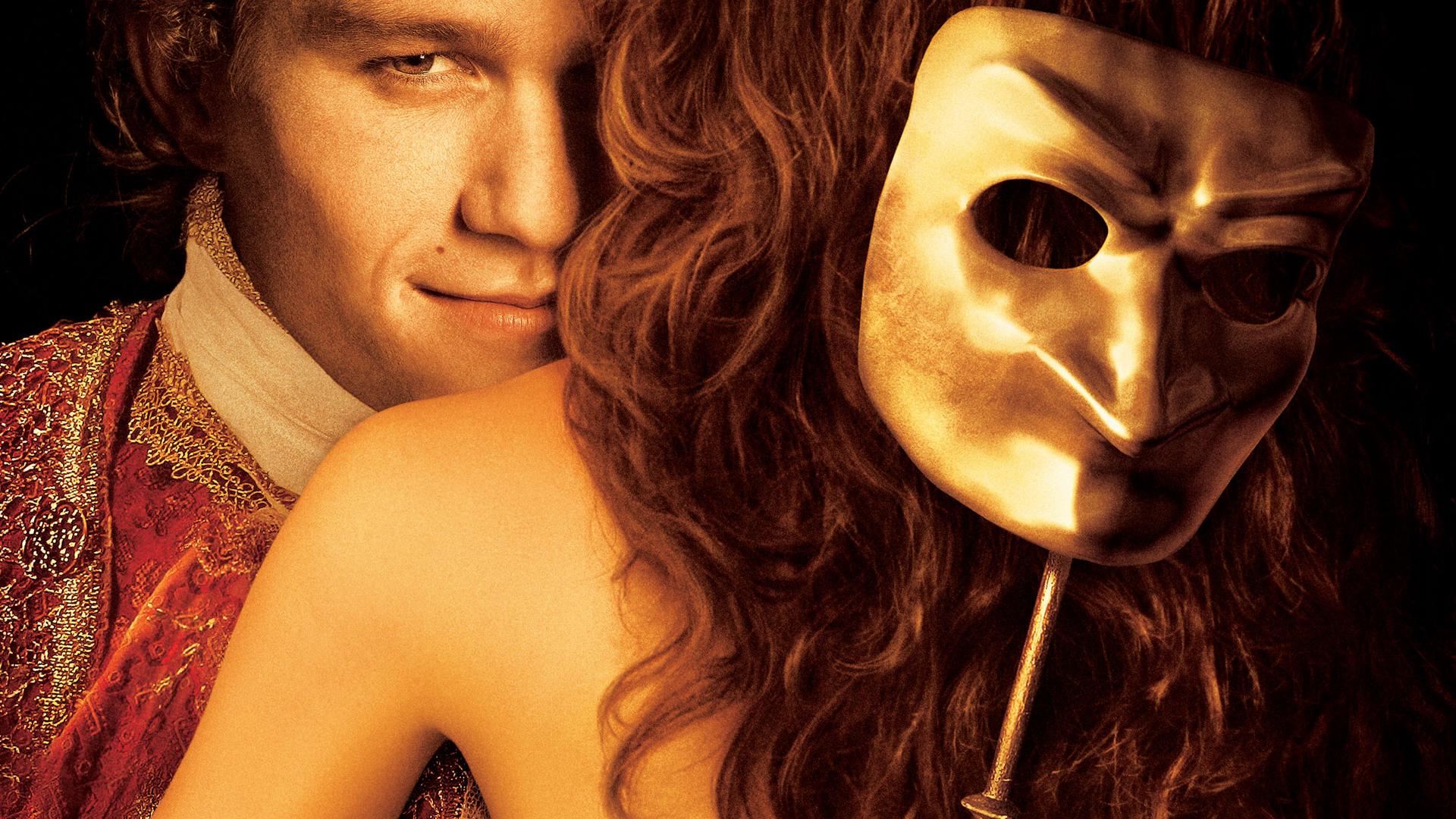 The reason Casanova became a spy was his love for his hometown of Venice. In order to be accepted back into the city, Casanova had to make a deal with the Inquisitors, and promise he will spy for them. Knowing his charm, connections with influenced people and his ability to get into high society events, Inquisitors were delighted to make the deal

One of the common conceits for Giacomo Casanova is that “he is more than you think”. Many people know Casanova as the great lover he was, but in reality, he was far more than that. He was intellectual genius, writer, poet, musician, lover, and one of the best spies in the history of mankind. That is right, Casanova was a spy for more than 10 years of his life. One thing he wasn’t successful at, though, is finances. Casanova was constantly in debt, and that was one of the reason he got imprisoned several times. Some of the negative epithets that Casanova is known for are thief, charlatan, rogue, con man, opportunist and a bon vivant.

Casanova was born in Venice, the city in which he became famous for his womanizing skills. He was blessed to have a mother with many patrons and money, which allowed Casanova to go to great schools and receive good education. He studied to be a lawyer, and his affairs with women made him a powerful man. At one point, Casanova was imprisoned in Venice. After he escaped prison, Casanova traveled around the world, and he finally returned to Venice in 1774. From that year, up to 1782, he was working as a spy for the Inquisitors of State in Venice. He died in 1798 at 73 years old, living rich, interesting and full with adventures life. This is the life story of Giacomo Casanova.

As we mentioned previously, Casanova was a known con man, rogue, thief and opportunist. Through his life, he was known for a couple of scams. Here are some of his most famous scams.

After he escaped prison, he fled to Paris where he represented himself as an alchemist. Casanova told everyone he is 300 years old, and that he can create diamonds from scratch. Every patrician in Paris wanted a piece of Casanova. His lies in Paris got him another job, as he was spotted by a count, who saw opportunity in Casanova’s skills to tell everything with a straight face.

After he started working for the Count, Casanova was a spy, and one of his most popular missions was to sell state bonds in Amsterdam. With lies and tricks, he became one of the wealthiest men in Amsterdam, only to lose his fortune on his many lovers.

In 1760, Casanova made up a completely new personality for himself. He became known as the Chevalier de Seingalt. He was completely broke, and went to Paris. There, he convinced a noblewoman that he can make her a young man, if she pays him enough. Casanova swore in occult means and tricks, and he managed to get money from the noblewoman.

He also traveled through England, where he scammed until he got a meeting with King George III. He also met with Catherine the Great. Casanova tried to sell her an idea for a Russian lottery scheme.

As mentioned, Casanova was imprisoned in Venice because of his scams and womanizing activities. But even in prison, Giacomo found a way to “seduce and charm his way out”. Casanova managed to befriend a priest in the cell above him, and constantly exchanged books with him. The womanizer asked the priest for help, as he told him his plans for prison break.

Casanova sent the priest a handmade spike, which he used to break through the floor. The spike was hidden in a Bible, and after few weeks of work, the priest managed to break through. The problem was Casanova received a new cellmate, a spy for the Council. However, as always, Casanova recognized the faith of his new cellmate, and used it against him. Giacomo explained his new friend that an angel will come down and free him. Once the priest broke through, Casanova told the cellmate that was the Angel and the man believed him. Such tactics were what made Casanova so successful in the world of spies, and as a womanizer.

Casanova as a spy

The reason Casanova became a spy was his love for his hometown of Venice. In order to be accepted back into the city, Casanova had to make a deal with the Inquisitors, and promise he will spy for them. Knowing his charm, connections with influenced people and his ability to get into high society events, Inquisitors were delighted to make the deal.

They believed a person with set of skills as specific as Casanova’s, would be perfect to befriend con men, courtesans and gamblers, gather information from and about them, and then pass the information to the Inquisitors.

According to Casanova, he was perfect for the role, as he didn’t have to skulk as much as other spies, as he was natural for the roe. Nobody saw him as a threat, and he was always likeable in the noble society circles.

What is doubtful about his spying career is that there are no written proof, or even stories about his role as a world class spy. All of the information comes from his own writings and memoirs. However, if the facts written in the book, and he writes about being friends with some of the most influential and powerful people in the world, you can easily place Casanova in the top 10 ranking of world class spies.

Another thing that few people know about Casanova is that he was a huge gambler. We mentioned that people associate Casanova only with his womanizing skills. But in order to succeed in the world of spies, Casanova had to gamble as well. Not that he didn’t enjoy it.

Casanova was tutored by professionals. He had streaks of wins, but also losing streaks. One thing that he cleverly used during his gambling was cheats. Sometimes, he teamed up with professional gamblers in order to get profit.

In his memoirs, Casanova admitted that he was not disciplined to be a professional gambler. In his own words, “I had neither prudence enough to leave off when fortune was adverse, nor sufficient control over myself when I had won." Casanova used gambling for making connections, flirting with noblewomen and for making quick money on the go.

During Casanova’s era, most nobles married for social connections rather than love. What he managed to give those women was love, admiration, attention and a feeling they are the center of his world. Back in those days, flirtations and bedroom games were common among nobles.

He describes his personality as “dominated by his sensual urge”. Many thing he was complex and multi-faced, but Casanova describes himself as simple. In his book, Casanova says that “he has always loved the opposite sex and he did all that he could to make himself loved by the opposite sex”.

His ideal liaison always included elements beyond sex, such as heroes and villains, complicated plots, gallant outcomes and much more. One of his most common moves was to discover a woman in trouble, ameliorate her difficulty, seduce her, dip in quick and short exciting affair, and then pair her with a worthy man. After he managed to find a suitable man for the women, he always exited the scene.

Casanova always points to verbal communication as the key to success, as he believes that “without speech, the pleasure of love is diminished”. Casanova was witty, charming, and helpful as he was always doing small favors for the women he loved. That was the seduction part, before he moved into the bedroom. While he claimed he is not predatory, it is a fact that most of his “victims” were emotionally exposed or insecure women.

What he valued the most in a woman was intelligence. He famously said that “a beautiful woman without a mind of her own leaves her lover with no resource after he had physically enjoyed her charms."

- One who makes no mistakes, makes nothing

- I have always loved truth so passionately that I have often resorted to lying as a way of introducing it into the minds which were ignorant of its charms.

- As for myself, I always willingly acknowledge my own self as the principal cause of every good and of every evil which may befall me; therefore, I have always found myself capable of being my own pupil, and ready to love my teacher.

- Enjoy the present, bid defiance to the future, laugh at all those reasonable beings who exercise their reason to avoid the misfortunes which they fear, destroying at the same time the pleasure that they might enjoy.

- I have loved women even to madness, but I have always loved liberty better.

- The same principle that forbids me to lie does not allow me to tell the truth.

- Man is a free agent; but he is not free if he does not believe it, for the more power he attributes to Destiny, the more he deprives himself of the power which God granted him when he gave him reason.