Tayyip Erdogan Lifestyle - The Palace of Dreams for the Turkish President 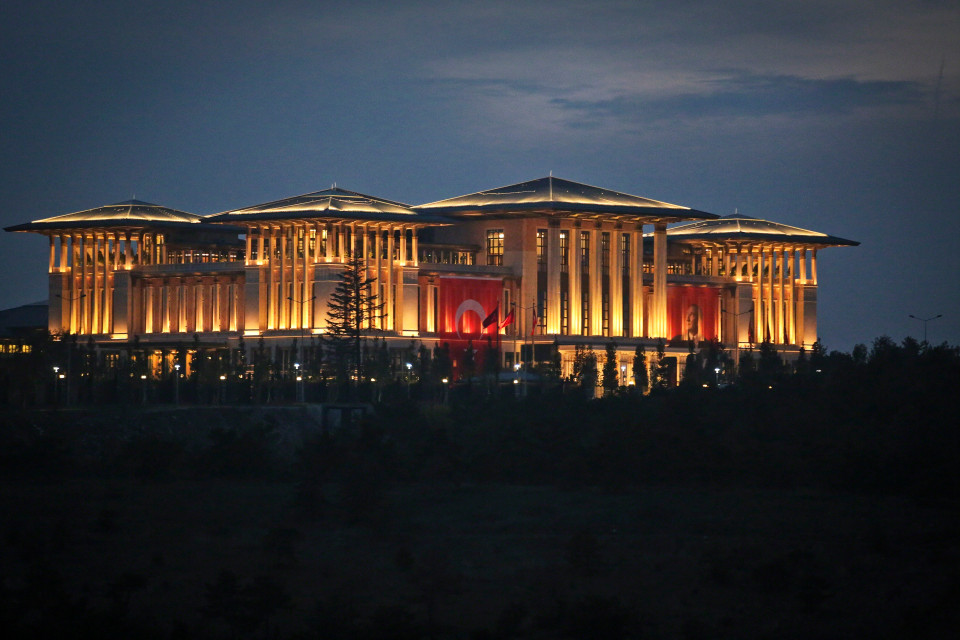 Erdogan has four children, and lives with them and his wife in a palace that is 30 times the size of the White House, has more than 250 rooms, and carpets that are worth $10 million

Emine Erdogan, the wife of Turkish President Tayyip and the First Lady of Turkey claims that she lives a frugal, humble and unpretentious lifestyle. But how can someone believe her when the home where she and her husband live is worth more than $700 million? Erdogan has four children, and lives with them and his wife in a palace that is 30 times the size of the White House, has more than 250 rooms, and carpets that are worth $10 million.

The Presidential Complex is located inside Ataturk Forest Farm, and according to Erdogan, the Palace is in accordance with the “New Turkey” concept. Before adopting the name complex, the palace was referred as “Ak Saray”, which means “white palace” in Turkish.

The extravagance in numbers

- The estimated price is more than $700 million

- There are more than 1,100 rooms in the palace, all with silk wallpaper

- Speaking of the silk wallpapers, estimates are that the wallpaper costs $2,500 per roll

- The carpeting of the building cost more than $10 million, per Daily Mail

- There are 400 extra-large double doors in the palace, all standing 10ft tall, with total cost estimated at $6.5 million

- The First Lady, Emine Erdogan, reportedly spends more than $2,000 on a kilogram of tea on her shopping trips to Europe

- Emine once famously splurged $45,000 on a shopping trip to an antiques bazaar in Poland

- All this is happening while two out of every three children in Turkey live in poverty, stats published by Bahcesehir University’s Centre for Economic and Social research.

History of the Palace

Construction of the palace began in 2014, and was initially scheduled to serve as office of the Prime Minister. However, after Erdogan won the presidential elections, he announced that the Palace will serve as the new seat of the Presidency.

The construction of the Palace was not as smooth as many expected. In March 2014, an administrative court in Ankara ordered a suspension. However, the President ignored the suspension, and ordered workers to continue with construction.

Initial cost of the building was $616 million, but in 2015, an extra $135 million were added to the budget. The final cost was never revealed to the public, but some estimates are that the construction cost around $750 million.

The first head of state to visit the Palace was Pope Francis. He was hosted in November 2014, as part of his official visit to Turkey. The second highest foreign guest to be welcomed at the Palace was Vladimir Putin, the Russian President who visited in December 2014. 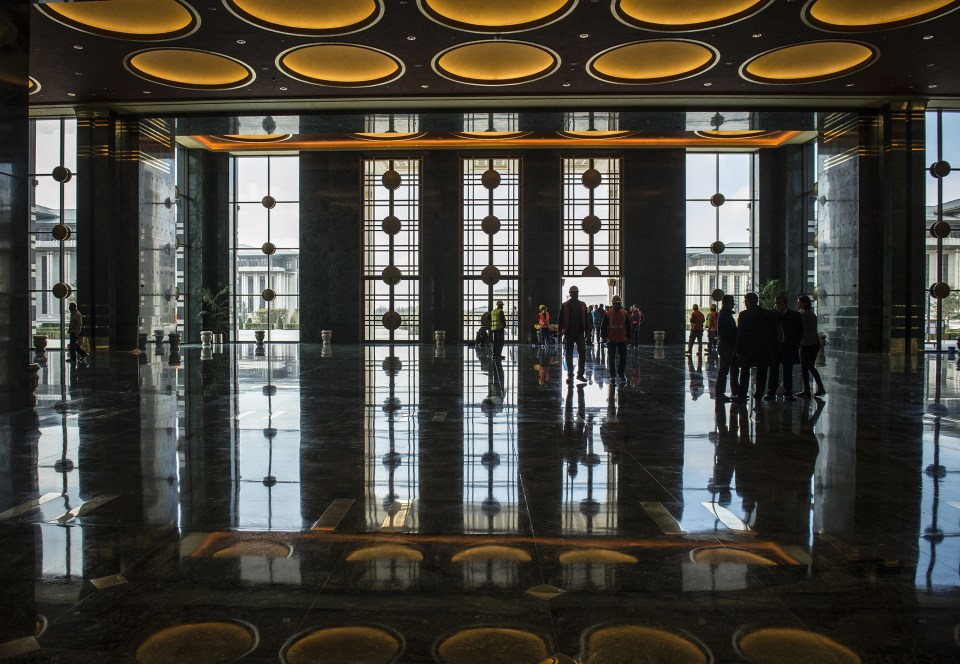 The final piece of the Palace, the presidential compound with 250 rooms and a 4,000 person capacity mosque has yet to be built. The President also wants to have a culture center, in addition to the botanical garden he already has in the Palace.

Criticism of the Palace

One of the jokes critics have about the Palace is that “If Saddam Husein was alive, he would blush”. Saddam was known for his extravagance and love for gold and jewelry, but even he couldn’t imagine something like this built. Critics of Erdogan has also compared the gargantuan complex to the one Nicolae Ceausescu, the former Romanian dictator, had in Bucharest.

Some say that the building looks more like a Chinese railroad than any other building from the glory days of the Ottoman Empire. But the biggest concern people have is that the palace cost twice the initial estimates, and all in the time when one quarter of the population in Turkey is poor.

What is funny is that Erdogan sees the Palace as something that shows Turkey in its best light. For the construction, Erdogan asked for pricey materials important from foreign countries, and sees the Palace as a “reward” for his leadership and guiding the country through hard times. His critics, on the other hand, see the Palace as a symbol for Erdogan’s desire for absolute power.

To make matters even worse, he has two other palaces in Istanbul, both luxury residents. They are the Yildiz Palace and the Dolmabahce Palace. 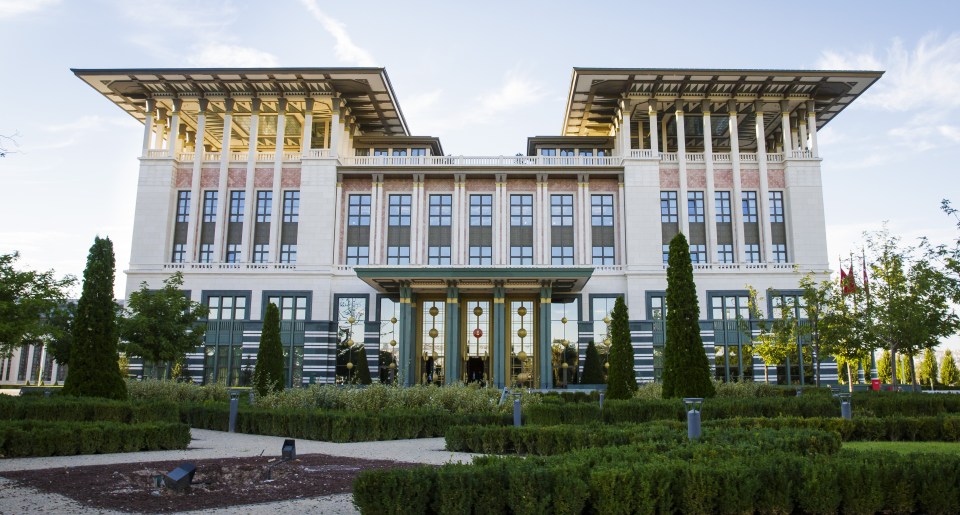 Political
Buzludzha Monument – Abandoned UFO Cold War Monument
The cost of the building process was 14,186,000 leva, which equals to $35 million in today’s rates. The monument was ...
America’s First Ladies: Fun Facts you didn’t know
The First Lady needs to be respectable, presentable, smart, intelligent, and so on. So far, America has had some great F...
Huaxi – Secrets of the Richest Village in China
From the outside, Huaxi is dubbed as a socialist village. But on the inside, it is actually a capitalist corporation, m...
Five Famous Streets you should Visit
Not all streets are created equal. Some are more beautiful, some serve as a history lesson, and others are just stunning