Seven People who should have won Nobel Peace Prize, but didn't 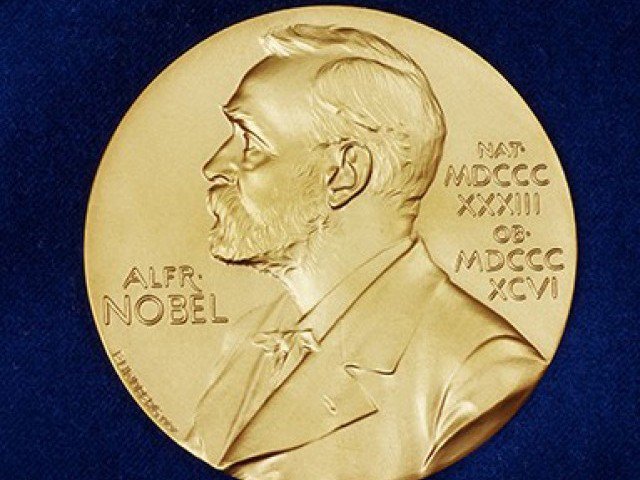 We finally have a winner of the 2016 Nobel Peace Prize. The Committee has decided that the award should go to Juan Manuel Santos, the Colombian President. Santos will receive the award for his resolute efforts to bring the 50 year long Civil War to an end. And while the 2016 award can be seen as good choice, the Nobel Peace Prize has had its mistakes over the years.

The Nobel Peace Prize is widely considered the most controversial of all Nobel prizes. Chemistry, Physiology, Literature, Physics, and Peace are the five Nobel, but the Peace is the most coveted, the most significant, and the most controversial. There have numerous “he/she should have won” over the years. However, the seven people that are on the list had numerous chances to win it, and they were never awarded by the Committee.

She was more than just a first lady. Many can argue that Eleanor was just as significant to American history as her husband, President Theodore Roosevelt. In her later years, Mrs. Roosevelt was widely respected, but she didn’t get the award and the recognition she deserved.

One of her biggest success was leading the first mission of the United States to the United Nations. She was also behind the Universal Declaration of Human Rights. During her time as a first lady, she became the first spouse to hold regular press conferences, write a monthly magazine column, write a daily newspaper column, host weekly radio shows, and speak at the national party convention. She also advocated for civil rights of African Americans, civil rights of Asian Americans and civil rights for the refugees during World War II.

She broke the precedent by inviting African Americans to be guests at the White House. By the time of her death, she was already regarded as the most influential and esteemed woman in the world. In 1999, she was placed on the Top Ten list of Most Widely Admired People of the 20th century. She was ninth on the list.

Definitely one of the most influential leaders of the 20th century, Pope Paul II was the first non-Italian pope after the 16th century. For centuries, the Church elected only Italians for the role of Catholic leader. John Paul broke that tradition. The Polish-born leader was quintessential in the fight against Communist rule in Poland and all of Europe.

During his reign, he visited 129 countries, becoming one of the most travelled world leaders in history. He canonized 483 saints, but his most significant contribution was made by transforming and repositioning the Catholic Church.

John Paul II was essential in the fight against Apartheid in South Africa, as well as many civil wars around the world, including the Gulf War. He also spoke against death penalty, and managed to push for reduce of death penalty to life in prison in several countries in the United States. He also broke ground on the subject of sexuality. While he represented the traditional position of the Catholic church on the subject of homosexuality, he said that “people with homosexual inclinations possess the same inherent dignity and rights as everybody else”.

When the Committee itself admits that it made a mistake, you know something is wrong. The omission of Mahatma Gandhi is one of the most discussed and criticized around the world. While the nominees are kept in secret, it is now widely known that Mahatma was a nominee in 1937, 1938, 1939, and 1947. Winners for those years are The Viscount Cecil of Chelwood in 1937, Nansen International Office for Refugees in 1938, and Friends Service Council in 1947. In 1939, the Committee decided not to award Nobel for Peace, since the world was at war.

In 2006, the secretary of the Committee publicly acknowledged that the greatest mistake and omission in the 106 year history is the omission of Mahatma Gandhi. She said “Gandhi could do without the Nobel Peace prize, but whether Nobel Committee can do without Gandhi is the question”.

Her life is an inspiration for the Catholic Church, and Pope Benedict XVI used her story in a “journey towards faith” lesson. She is known for organizing the Catholic Worker Movement. With the help of the pacifist movement during the World War II, she managed to help families rebuild their lives and promote peace. Her idea was “communal living and distributed wealth”.

And her movements have stood the test of time, spreading to Canada and Europe. They are still active today. She is referred as “Servant of God” by the Catholic Church, and Pope Benedict XVI mentions her in the same sentence with Thomas Merton, Abraham Lincoln and Martin Luther King Jr as notable Americans.

One of the most underrated stories of the World War II is the courageous story of Irena Sendler. She was a Polish Catholic nurse, who managed to help Jewish children and families escape Poland during World War II. She used her connections in the medical world to smuggle children and saving them from the Holocaust.

In her biography, she tells she could have done more and saved more people. Irena, working under a pseudo name of Jolanta, wore a Star of David armband when entering the ghetto. While in the ghetto, she provided families with food, medicines, money and clothing. Later, she provided children with false identities and documents, smuggled them out of Poland, and helped them find new home and families in Europe.

A self-proclaimed “plain housewife”, Corazon is remembered by Filipinos as “The mother of Philippine democracy” and “The housewife who led a revolution”. American writers described her as the modern-day Joan of Arc.

Corazon became the first female president in Asia when she won the elections in the Philippines. As a president of the Philippines, she oversaw the promulgation of the 1987 Constitution, emphasized civil liberties and human rights, and was part of the peace talks resolving the Communist insurgency.

Her presidency marked the end of dictatorial rule in the Philippines. During her reign, there were a number of assassination attempts, as well as coup attempts. She died of colon cancer, and will go down as one of the most influential women in world history.

The third Secretary-General of the United Nations is often forgotten. But he was arguably one of the most influential. He served his purpose during the Cuban missile crisis, serving as the middle ground for talks between the Americans and the Russians. Without the help and calm mind of U Thant, we could have had a Third World War. He was also the first non-European to hold the position, holding the office for 3,684 days. The record still stays.

Political
Buzludzha Monument – Abandoned UFO Cold War Monument
The cost of the building process was 14,186,000 leva, which equals to $35 million in today’s rates. The monument was ...
Meet Betty Cohen – The Woman who made the 90’s Awesome
Betty Cohen founded Cartoon Network in 1992, and she brought some of our favorite cartoons to life
Civil Rights History: Six women you need to know of
Martin Luther King Jr. might be the first synonym for civil rights, but there were some extraordinary women in the movem...
Benjamin Franklin the Inventor
Between running a print shop, starting the first lending library in America, engineering the postal system, and helping ...