10 Surprising Similarities between Christians and Muslims 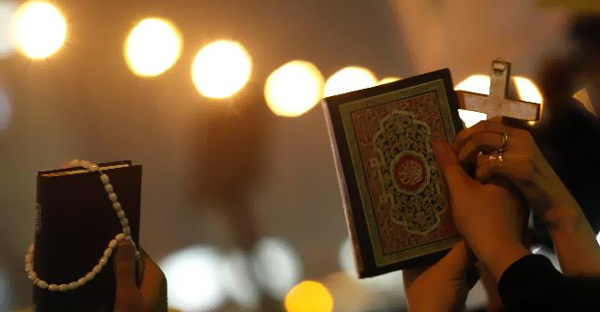 On first glance, there are a lot of differences between these two, but surprisingly, there are similarities as well

Despite their differences, Muslims and Christians are very similar in their faith and belief. On first glance, there are a lot of differences between these two, as Muslims do not believe Jesus was divine, they do not believe in the Trinity Concept and they do not believe that Jesus died on the cross. Christians, on the other hand, do not recognize Muhammad as a prophet, they have different days of worship and they go along their business in a different way. But surprisingly, there are many similarities between Christians and Muslims. Here are some of the most important ones.

There have been prophets in both religions, and both believe in the early work of Noah, Moses, Abraham, David, John the Baptist, Joseph and even Jesus. They might have different views on the prophets, but the two religions share similar prophets.

For Christians, the Bible is the holy book. For Muslims, the holy book is the Quran (Qur’an). One would assume that since they have the Quran, Muslims would dismiss the Bible and do not believe in its existence. Quite the contrary, Muslims believe that the Bible is holy writing and does not contradict with the Quran. In fact, according to the Islam, some parts of the Bible are a revelation from God, and some of them were given to Muhammad as a remedy. The Islam identifies three sets of books from the Bible as a divine revelation.

Virgin Mary is the only woman mentioned by name in the Quran, and Muslims actually have less confrontations regarding Mary. In the Quran it is clearly stated that Jesus was the result of a virgin birth. The Quran states Mary was chosen above all other women to give birth to Jesus. However, in the Quran, neither Mary nor her son are divine. Interestingly, Mary is mentioned more times in the Quran than in the Bible.

In Christianity, on the other hand, there are multiple conspiracy theories regarding the existence of Virgin Mary, her divinity and virginity. For starters, there are several different views, starting from Roman view, Catholic View, Orthodox view, Lutherans view, Protestant view, Anglican view and much more.

The main emphasis in the Bible (the Old Testament) is on Jesus Christ as the Messiah that was promised and his miracles. However, one would be surprised to know that Jesus is also one of the most important prophets in the Islamic religion. Jesus Christ the Messiah is on pair with Moses, Muhammad, Abraham and Noah. The difference is that Muslims see him as a prophet who performed miracles, not God. Christians, on the other hand, believe in the Holy Trinity of God, and Jesus is part of that trinity.

The Satan, or Devil, exists in both Quran and the Bible, and both Muslims and Christians believe he is evil and tries to make people follow him. In Christianity, the Devil or the Satan is the one who orchestrated the Original Sin. The devil is also viewed as a fallen angel who rebelled against God.

In the Islam, the Satan is the one who refused to bow for Adam. The Satan persuades people to commit evil through deception.

Both Christians and Muslims believe that Jesus will return from Heaven. The difference is when, how and why that will happen.

There is no specific name for the Antichrist in the Bible, but the Holy Book specifically states there will be a False Messiah and Jesus will appear in his Second Coming to face him. Many people in Christianity link the Antichrist with the Satan, as the Antichrist will be a figure of evil. However, that is not true. What is interesting that Christians have also tried to identify the Antichrist with some popular names in politics in latest years, as both Bush and Obama were considered Antichrist.

In the Islam, the Antichrist is also perceived as a false messiah, one who will appear before the Day of Resurrection.

Both Islam and Christianity believe in Judgement, and the last day when all people on Earth will die. The last day is differently portrayed in the religions, but the result is same. Both the Islam and the Christianity preach that when Judgement day comes, everyone will be judged for their lives on Earth. 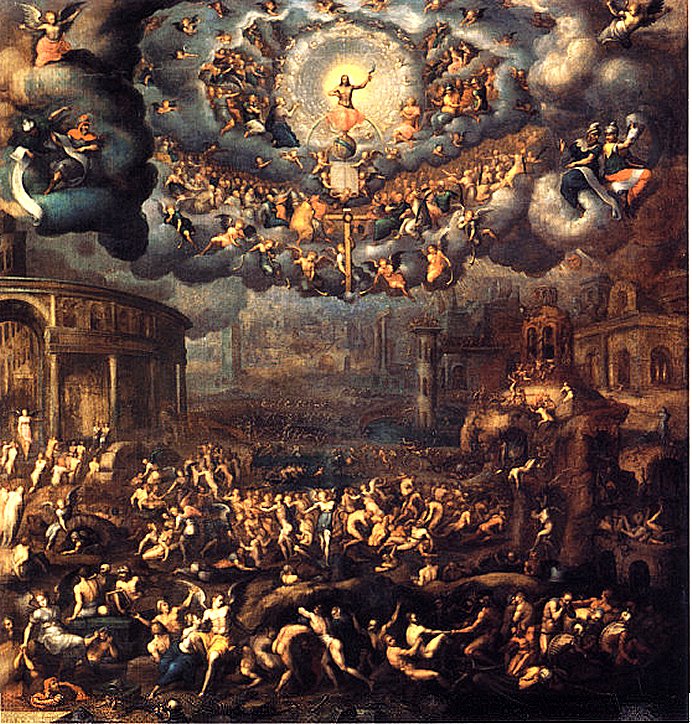 In Islam, the judgment day is called Last Day, and according to the Qur’an, the word will be destroyed. After that, people will be raised from the dead so Allah can judge them and send them to either Hell or Paradise. Those who do not believe in God and have disobeyed his law or rejected his messengers will be sent to hell.

In Christian theology, there are several theories regarding the judgment day, and even several Judgement days. However, the final Judgment by God will come to all people in every nation. Some will be punished, others will be glorified. The concept of Judgment day is present in all Canonical gospels.

Similar as Judgment day, both Muslims and Christians believe in hell and paradise and that those are literal places.

According to Islam, the Hell is called Jahannam, and suffering there is both spiritual and physical, depending of the sins. According to the Quran, Hell has seven levels, seven gates, blazing fire, boiling water and the Tree of Zaqqum.

In Christian theology Hell is also a place where sinners go after the judgment by God. Sinners can go there after death (particular judgment) or after the final Judgment day. Similar as with Judgment day, there are several different theories for Hell in Christianity, with some going as far that anyone with a free will who doesn’t believe in God will go to Hell.

Hell is just one part of the equation, and Paradise is the second. In the Quran, Paradise is described as Garden, or specifically “My Garden” as said by God. It states “"O soul who is at rest, return to thy Lord, well-pleased with Him, well-pleasing Him. So enter among My servants, and enter My garden." The Garden is also called Janna and is believed to be place for spiritual and physical pleasure with food, drink, virgin companions and lofty mansions. According to Quran, there are seven heavens.

In Christianity, Paradise is shown on the left side, with a tree of life and a circle dance of liberated souls. In the middle of the circle there is a hole.