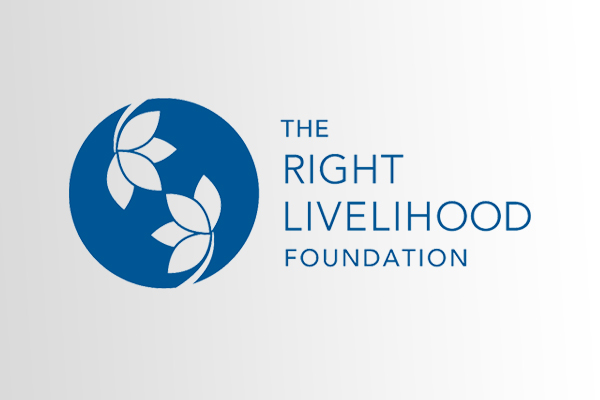 The original name of this award is Right Livelihood Award. The international award honors and supports those offering practical and exemplary answers to the most urgent challenges we face. Established in 1980 by German-Swedish philanthropist Jakob von Uexkull, the award is famously known as Alternative Nobel

The original name of this award is Right Livelihood Award. The international award honors and supports those offering practical and exemplary answers to the most urgent challenges we face. Established in 1980 by German-Swedish philanthropist Jakob von Uexkull, the award is famously known as Alternative Nobel.

It is presented annually in early December. The winners share the prize money. Usually, there are four winners, and they get to share up to 200,000 EUR.

This is not a Nobel Prize. In other words, Alfred Nobel didn’t create it. It doesn’t have any ties to the awarding institutions of the Nobel Foundation.

Many consider the Right Livelihood Award as a critique of the traditional Nobel prizes. Diverse group of people and organizations have won the award over the years. Here are some of the notable winners.

Chinese lawyer, human rights activist, and director of a women’s legal aid NGO. In 2005, she was one of 1000 women as nominees for the Nobel Peace Prize.

But she didn’t win it. She is China’s first anti-AID discrimination ambassador by ILO. She won the Right Livelihood Award for her pioneering and persistent work in securing women’s rights in China.

Guo participated in a revision of China’s marriage law in 2001 and the enactment of the regulations for Legal Aid in 2003.

The Belarussian civic leader and former prisoner of conscience is famous for his work with the Human Rights Centre Viasna. He won the award in 2020.

Ales started his activism in the early 1980s, getting involved in many pro-democracy initiatives. From 1996 to 1999, he worked as the Secretary of the Belarusian Popular Front. In 1996, he founded Viasna, an organization promoting human rights, democracy, and non-violent solutions to political conflicts.

Nasrin is famous for her hunger strikes. She has been arrested two times, and went on a couple of hunger strikes to protest. She is a human rights lawyer in Iran, representing imprisoned Iranian opposition activists and politicians.

Nasrin also represents women arrested for appearing in public without a hijab. She started her career at the Iranian Ministry of Housing legal office.

In 2020, the movie Nasrin came out. It focuses on her professional and personal life leading up to her second arrest in 2018.

One of the most controversial persons in the past few years, Greta is a Swedish environmental activist. She is famous for challenging world leaders to take immediate actions against climate change.

She gained notice for her youth and speaking manner, both in public and to political leaders. In 2018, at the age of 15, she started spending her school days outside of the Swedish parliament, calling for support on her action on climate change. She held a sign “School Strike for Climate”. Other students engaged soon enough, and they started the movement Fridays for Future.

Her sudden rise to fame made her a leader and a target for critics at the same time.

Born in 1980, Kasha is a Ugandan LGBT rights activist. She founded and works as an executive director of the organization Freedom & Roam Uganda (FARUG).

Kasha is a community builder. She loves her work and tries to give some advice to many members of the LGBT community. Nabagesera often meets with people who she calls brothers and sisters, and share experience with them.

Many consider her the founding mother of the Ugandan LGBT civil rights movement. In 1999, at the age of 19, she publicly campaigned to end homophobia in Uganda. In the country, homosexuality is a crime against the law. Her leadership in the face of extremist adversity made her famous and respected leader.

In English, the word translates to “Republic”. It is the oldest up-market Turkish daily newspaper, considered the “most important independent public interest newspaper in contemporary Turkey”.

Reporters Without Borders gave the newspaper the award Freedom of Press Prize.

Established in 1924, the newspaper has subscribed to a staunchly secular, republican course. It advocates for democracy, social liberal values, and free markets. Today, reading the newspaper is a synonymous with embracing democratic values and pluralistic society.

A farmer from Burkina Faso, he has received recognition for using a traditional farming technique called Zai to restore soils damaged by drought. Today, his techniques are known as agroforestry and farmer-managed natural regeneration.

In 2010, the documentary The Man Who Stopped the Desert was released. It portrays his life. He started experimenting with techniques for rehabilitating damaged soil in the 1970s.

The American whistleblower copied and leaked highly classified information from the National Security Agency in 2013. At the time, he worked for the CIA. His disclosures revealed numerous global surveillance programs, many run by the NSA.

He is a subject of controversy. Some call him traitor, while others consider him a hero. US officials condemned his actions. He lives in exile, and in the early 2016, he became the president of the Freedom of the Press Foundation.

Born in Austria, the Roman Catholic bishop headed the Territorial Prelature of Xingu from 1981 until 2015.

As a teenager, he joined the Catholic Youth Worker movement. In November 1980, Pope John Paul II appointed him coadjutor prelate of Xingu.

An Australian obstetrician and gynecologist, she and her husband founded Addis Ababa Fistula Hospital. It is the world’s only medical center dedicated to providing free obstetric fistula repair surgery to poor women suffering from childbirth injuries. 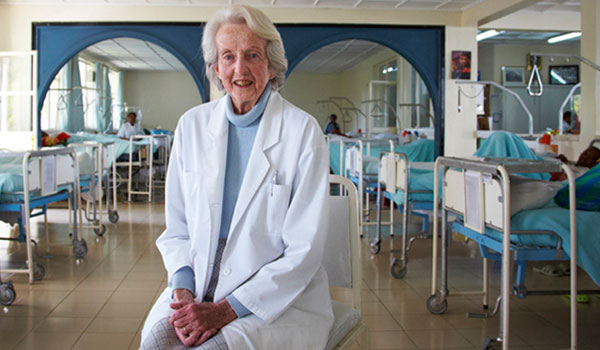 She also co-founded the non-profit organization Hamlin Fistula Ethiopia. She is recognized as a pioneer in fistula surgery for her development of techniques and procedures.