Episode 7 - Nonfilms - Let Me Be Frank

“Let me be Frank” saga continues with the seventh installment. The music was done by Frank himself.

Frank James Moore is an underground counter-culture hero. He has served as an artistic inspiration for many years.

During the 90s, Frank was one of the most popular performance artists. His performances included ritualistic scenes, audience participation, eroticism, and nudity. He has been heavily criticized for his performances, but Frank has always found his way to the public.

With his “Let me be Frank” serial, Frank hopes to inspire people to believe in themselves, and try to be the best version of them.

Frank did a lot of the music for the serial, but some of the music was done by musicians exclusively for the serial as well. The footage, which includes more than three hours of performance, features people in his life, and people who have supported Frank with years. 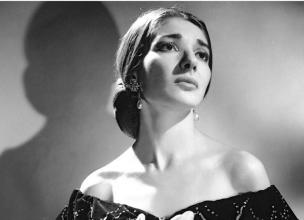 Performing Arts
Maria Callas – Voice Captured by on CDs Still Enchants People Worldwide
Her status as a cultural icon endures more than 90 years after her birth. And it is all thanks to the lasting legacy of ...
Isadora Duncan – The Beauty of Simple Movements
Her influence transcended dance movements. She inspired a whole new lifestyle. She inspired people to express themselves...