Warning: The possible side effects of browsing this category may include uncontrollable laughter, giggles and watery eyes; in some cases also a mild stomach muscle fatigue has been reported due to the laughter induced trauma. If you notice any of these side effects it is recommended that you take a few deep breaths and you may continue with the browsing.

It has been told that laughter is a cure. Even if that statement is inaccurate one can argue that no harm did ever come from it either. The cause of laughter is mostly recognized as the comedy. The term itself, by contemporary definition, is any discourse or work generally intended to be humorous or to amuse by inducing laughter. The roots of comedy, however, date back to the ancient Greece. Since its origin, comedy has evolved in various directions, from an academic form to the present day genres such as stand up or slapstick comedy.

In this category we have compiled for you countless hours of video materials with a single purpose of making you laugh and see the bright side of life. Discover what happens at the hilarious beard and mustache word championship, a bi-annual, established on the 1990. With an amazing seven seasons behind them, the ever skeptical duo Penn and Teller are back.

See what they have prepared for the viewers in the latest season of the longest running series on Show Time. If life did not play out the way you wanted and all of your TV inspired expectations failed miserably, than you should probably have a look at what Charlie Brooker has to say on the subject. Using a series of sketches, he explains to you how TV ruined your life. Have a chance to see how the humorous entertainment is viewed in Asian culture and discover the controversies revolving around it. Watch the documentary on these issues written and directed by Faiza Ahmad Khan in June 2012 and see the satirical way in which he addresses the issues at hand.

Enjoy these documentaries and video materials. Discover how the art of making people laugh is viewed across the world and how the very notion of comedy is being interpreted.

Robin Williams is widely regarded as one of the best comedy actors in the history of Hollywood. He was also one of the first actors to have his own stand-up comedy show. The irony is that whi...

Stand-up comedy is at its peak for the past 10 to 15 years. Many actors are making stand-up comedy an even better enjoyment and entertainment than a comedy movie. Robin Williams made stand-up...

A common misconception is that treasure hunt parties are just for little children. Quite the contrary. Adults enjoy a good and well thought treasure hunt as well. There are not many treasure ...

The period between 1930s and the 1940s is referred by many as “The Golden Age of Hollywood”. The style of the Classical Hollywood cinema was vastly influenced by the Renaissance and its idea...

05:01
Comedy, Lifestyle
A Game With No Prize - Clifford Myers

“I came to school in braces and all the kids started calling me ‘fat ass’ and ‘lardo’, They didn’t even notice the braces”. Just a simple excerpt from one of Clifford Myers’s sta...

Jon Stewart is the host of a comedic news system called the Daily Show. In case you're acquainted with his parody you might be amazed to hear that this fake newscaster evaluated a standout amongst t...

How are limits characterized in satire? Is there a line, and provided that this is true, when is it alright to cross it? Is it accurate to say that it is in our tendency to make ...

Geoff James Nugent or professionally called Jim Jefferies is an Australian stand-up comedian, actor and writer. He does lots of different genres of comedy like insult comedy, black...

Francis Martin Patrick “Frankie” Boyle was born in 1972, he’s a Scottish comedian and writer. He became famous for his pessimistic and controversial humor. His big breakthrou...

"Screenwipe is a television show, delivered by comic Charlie Brooker, which reexamines other British TV program by having a vitriolic and humorous tone of voice.Brooker analyses p...

Charlton "Charlie" Brooker (born 3 March 1971) is an English satirist and broadcaster. He has worked in television, radio, print and online media. In addition to writing credits f...

With US General Elections looming this sideways look at the battle between Barack Obama and Mitt Romney is epitomised by this mickey take rap session loaded with political satire. ...

"The World Beard and Moustache Championships is actually a bi-annual event that was founded in 1990. Contenders anywhere from the planet earth contend in what is named the Olympic ...

The life and times of Bill Hicks, the man behind the laughter and his political and world views that started a revolution of thinkers.

"How TV Ruined Your Life is a Comedy serial in which Charlie Brooker uses a mixture of sketches and jaw-dropping file footage to research a disengagement between real world and tel... 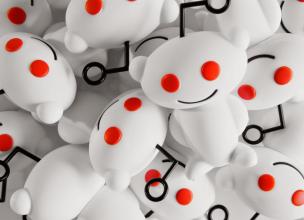 People
People Take To Reddit To Share Their Favourite 10 Seconds Or Less Videos And The Results Are Hilarious!
A compilation of the funniest 10 seconds or less video clips.
Meet Betty Cohen – The Woman who made the 90’s Awesome
Betty Cohen founded Cartoon Network in 1992, and she brought some of our favorite cartoons to life
View all
Categories