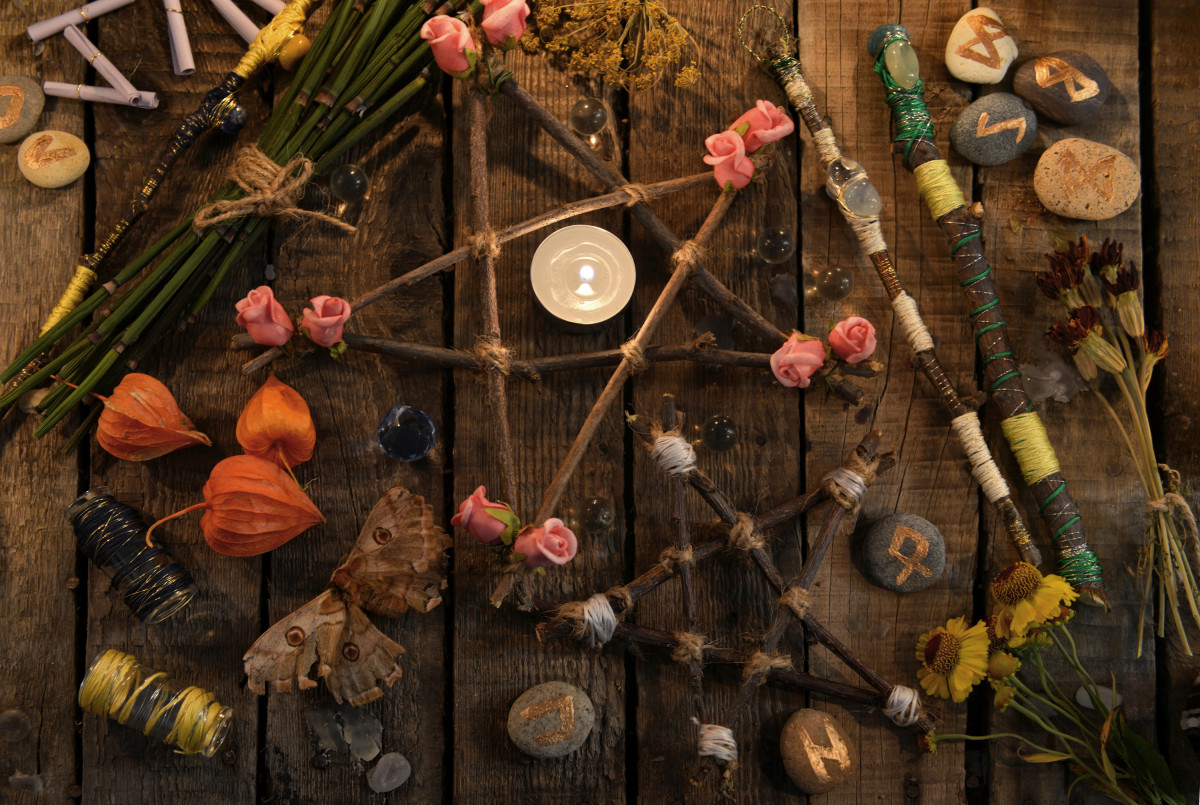 Wicca is a predominantly Western movement. The followers practice witchcraft and nature worship. They see it as a religion based on pre-Christian traditions of northern and Western Europe.

A research report in 2014 suggested that the adult population of pagans and Wiccans in the US alone was more than 730,000. That is on par with the number of Unitarians. But Wiccans represent just one among many approaches to witchery. Let’s learn more about Wicca.

Gerald Gardner is the man who set the base and foundation for modern Wicca. He spent most of his career in Asia. And there, he became familiar with a variety of occult beliefs and magical practices. Gerald also read a lot of Western esoteric literature.

After returning to England following World War II, he became involved in the British occult community. He founded the new movement, Wicca, based on a reverence of nature, practice of magic, and the worship of a female deity.

Following the 1951 repeal of England’s archaic Witchcraft Laws, he published Witchcraft Today in 1954. That is when he formed his first coven of followers and developed modern witchcraft religion known as Wicca.

In Wicca religion covens have between 10 and 15 members. New members can enter the coven through an initiation ritual. And as they master the practice of magic and become familiar with the rituals, they pass through two degrees of initiation. Those who want to enter the priesthood need to pass through a third degree. 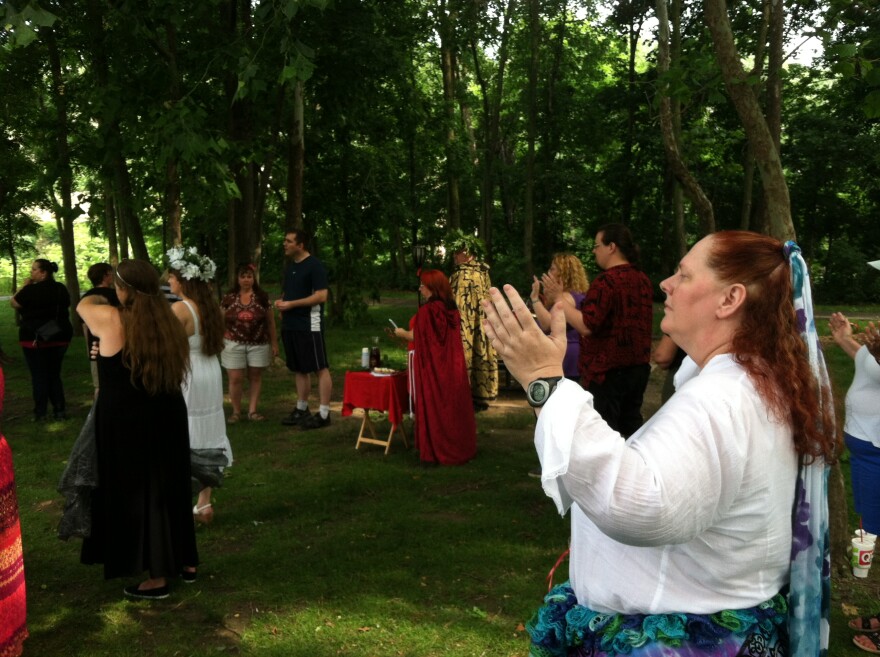 Most believers share a set of beliefs and practices. They believe in the Goddess, respect nature, and hold both polytheistic and pantheistic views. Wiccans accept the Wiccan Rede, which is an ethical code stating “If it harm none, do what you will”. They also believe in mediation and participate in rituals throughout the year.

During the 21st century, many Wiccan covens were formed and found throughout the English-speaking world. The Pagan Federation, which is an international fellowship serves the larger Wiccan/Neo-Pagan community.

The US Government officially recognized Wicca as a religion in 1985. In the court case Dettmer v. Landon, the federal government argued that the doctrine of the Church of Wicca was not a religion because it is a conglomeration of various aspects of the occult. But the court ruled that “the Church of Wicca occupies a place in the lives of its members parallel to that of more conventional religions. Consequently, its doctrine must be considered a religion.”

One of the commonly shared core beliefs of Wicca is the acceptance and practice of magic. They view magic as “the science and art of causing change to occur in conformity with will”. To Wiccans, magic is just another law of nature, but poorly understood and written off as fakery. They believe magic is not supernatural, but just as natural as gravity and wind.

Wiccans use different tools for practicing magic and rituals. The most important are pentacle or Paten, sword and knife, wand, and chalice.

Difference between Paganism, Witchcraft, and Wicca

Pagans follow a nature religion in that they worship nature. Pagans follow a set of religious guidelines drawn out by natural occurrences such as the seasons, the moon and its phases, and the sun. There are many gods and goddesses in paganism. They represent a certain part of nature, sometimes a planet, and sometimes a celestial body.

You can say paganism is an umbrella term for all people following a nature-based religion. These religions include Wicca, Asatru, Shamanism, Druidry, Hinduism, and many others.

In paganism, everything is about balance, much like the Nature itself.

A Witch is someone who practices witchcraft by means of chants, incantations, spells, potions, herbalism, and aromatherapy. Witches use stones, crystals, natural healing, and can use divination to see futures either through being psychic themselves or by using tools. These tools often include Tarot cards, rune stones, crystal balls, or palmistry.

A witch can follow many paths. They can believe in God, or not be religious at all. They can even be Christian, as they follow the Christianity religion. In some cases, witches practice black magic or voodoo.

Wiccan is a mix between paganism and witchcraft. In the simplest terms, a Wiccan is a pagan witch. Wiccans follow moon phases, perform different rituals and magic on certain times of the moon phases. The Moon is the Goddess and the Sun is the God in the Wiccan religion. In some variations of Wicca, there is one god and goddess, and in others, people follow many gods and goddesses.

There are 8 holidays called Sabbats, and Wiccans celebrate them on each changing of the 4 seasons, and on the 2 solstice and 2 equinox.

The full moon is called Esbats and this is the time Wiccans perform magical rituals and workings. Wicca is based on many pagan civilizations including Native Americans, ancient Greece, ancient romans, ancient Egypt, and Norse Vikings.

Some people say that not all witches are wiccans, but all wiccans are witches.

Hagia Sophia is a cathedral built at Constantinople, now Istanbul, in the 6th century CE under the direction of the Byzantine emperor Justinian I. Built in 537, it is now off...

Taoism is a Chinese philosophy attributed to Lao Tzu, which contributed to the folk religion of the people primarily in the rural areas of China. But it rose from religion fo...

Lorna Byrne is an Irish author and peace ambassador. She is known for her bestselling memoir, Angels in My Hair, Love from Heaven, and more.She has said that the angels told ... 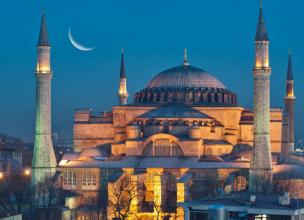 Religion
Hagia Sophia – Significance and Unique Facts
During its 1,500 year life-span, Hagia Sophia served as a cathedral, mosque, and a museum. When it was first constructed...
The World Tree - Middle Eastern Religions
The World Tree is mytheme in many Middle Eastern religions. It is most often portrayed as an archetype of the trees of k...
How to Detoxify the Pineal Gland
The pineal gland is believed to play a vital role in consciousness. Detoxifying it can be helpful in attaining higher le...
Lalibela – The Miraculous Underground Churches in Ethiopia
The historical name of the complex is Roha. This religious and pilgrimage center in the north-central Ethiopia is the ca...