Nagoro, Village of the Dolls – Creepiest Places on Earth 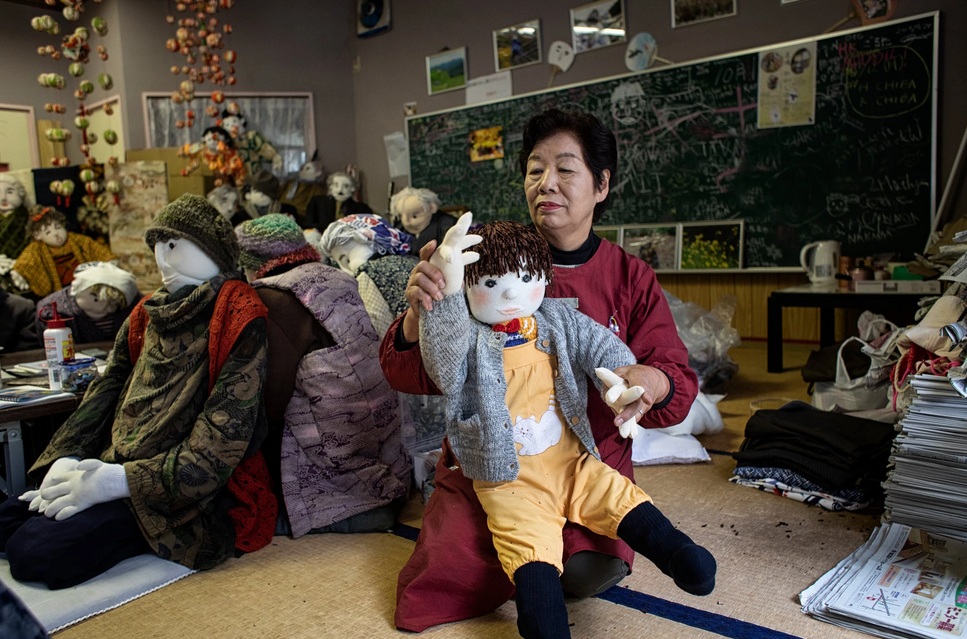 The dolls outnumber the people in Nagoro by 10 to 1. The dolls resemble scarecrows, and they ca be found anywhere in the city, including classrooms, the town center, inside the town hall, and anywhere else

Nagoro is a slowly shrinking village in the valleys of Shikoku, Japan. But what makes the village unique is its population, or lack of it. Since the population dropped, one Nagoro local decided to try and make it lively. And she did it by populating the village with creepy dolls.

Inhabitants of Nagoro left the village in a search of employment. Some of them lost their life. More than 10 years ago, Tsukimi Ayano returned home to the village.

She felt lonely, so she wanted to try and bring people in the village. Now, the population of the village “doesn’t decline”. Once a local resident dies, Ayano sews together a doll to fill the gap the living person left. 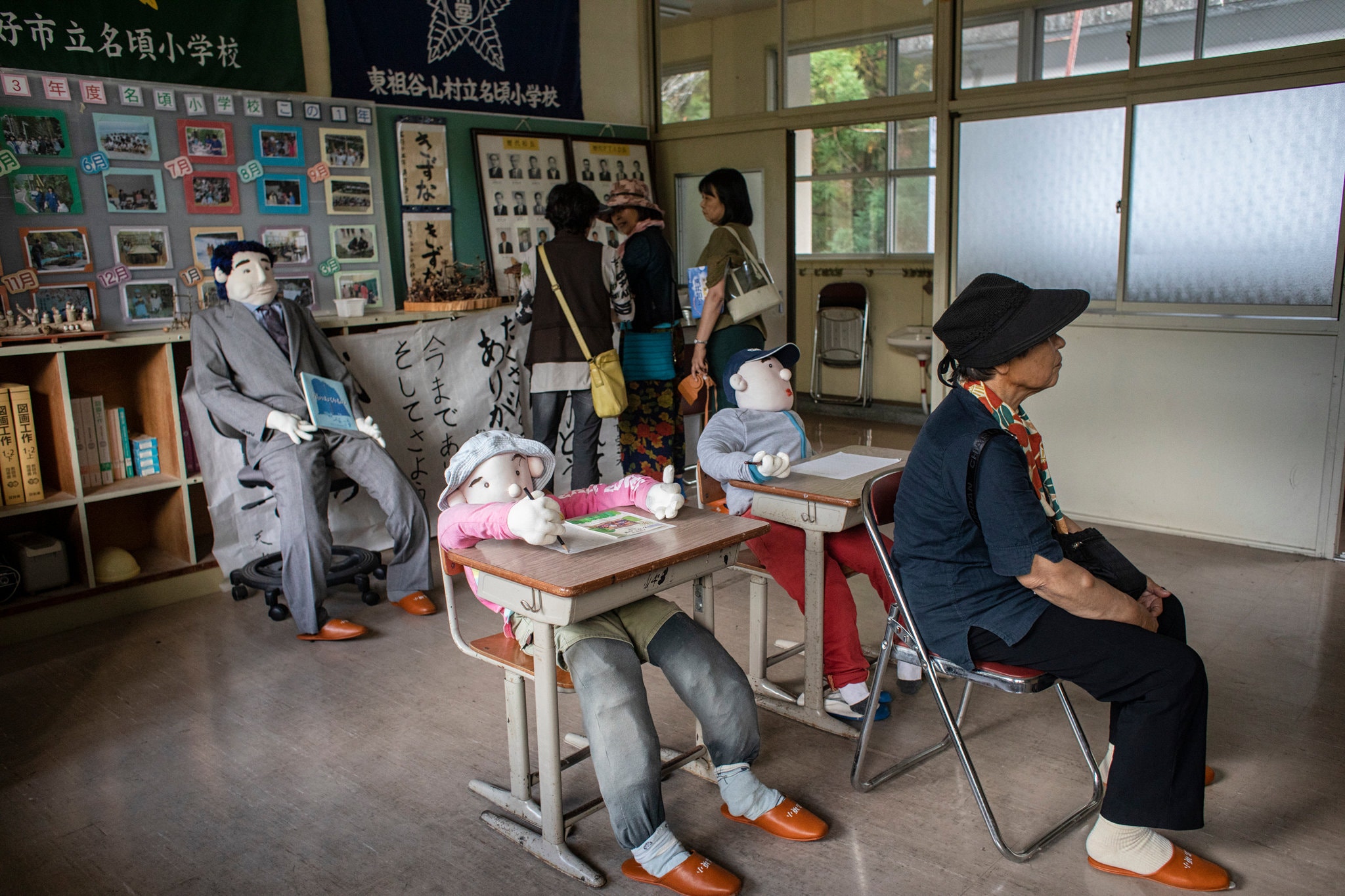 Nowadays, the dolls outnumber the people in the village by 10 to 1. The dolls resemble scarecrows, and they ca be found anywhere in the city, including classrooms, the town center, inside the town hall, and anywhere else.

Tsukimi got the idea some 15 years earlier. At the time, she’d sewn together a scarecrow and dressed it in her late father’s clothing. And then she put it in the garden to keep birds from eating the seeds.

Nowadays, many people refuse to go near Nagoro, considering it one of the creepiest places on Earth. Others, visit the place fascinated by the work Ayano has put.

Ayano started her doll sewing business and hobby years before the international public discovered it. And the town gained prominence thanks to Google Maps. One user noticed the dolls scattered through the street view photos.

Then the user posted an image, putting a caption “seven of the scariest places on Earth”. And Nagoro made the list.

Nagoro is a village in the valleys on the island of Shikoku, Tokushima Prefecture, Japan. It is located on Route 439 in the Iya Valley, a remote mountainous area. Years ago, the village had more than 300 residents.

But due to death and people searching for job elsewhere, the population dropped. In January 2015, the village had only 35 inhabitants, and 30 the next year.

In the 1950s and the 1960s, the region was fueled by forestry and road construction. But once the dams building for hydroelectric plants got built, many people left. And those who stayed behind operate their own pumps to bring water and grow vegetables.

Tsukimi Ayano returned to the village in the early 2000s. Her family left the area when she was a child. She came back home to look after her father. Since he couldn’t work in the garden anymore, she made a scarecrow doll to keep birds away from the garden and eating her seeds.

Since then, she has made more than 400 dolls, including replacements. You can find more than 350 dolls in the village nowadays.

For example, the school, closed in 2012, has a large amount of dolls. Children in the classroom, students, and many more.

Other examples include men sitting at the base of a telephone pole, a man fishing in the river, a group in a bus shelter, and utility workers.

The dolls turned the village into a tourist attraction, famously getting a new name, Nagoro Doll Village.

The Dolls in the Village

Tsukimi made more than 350 dolls. They outnumber the human residents by more than 10 to 1. You can find dolls in the local schools. “Student dolls” patiently wait for their class to begin. These bizarre dolls are dressed in old schools. 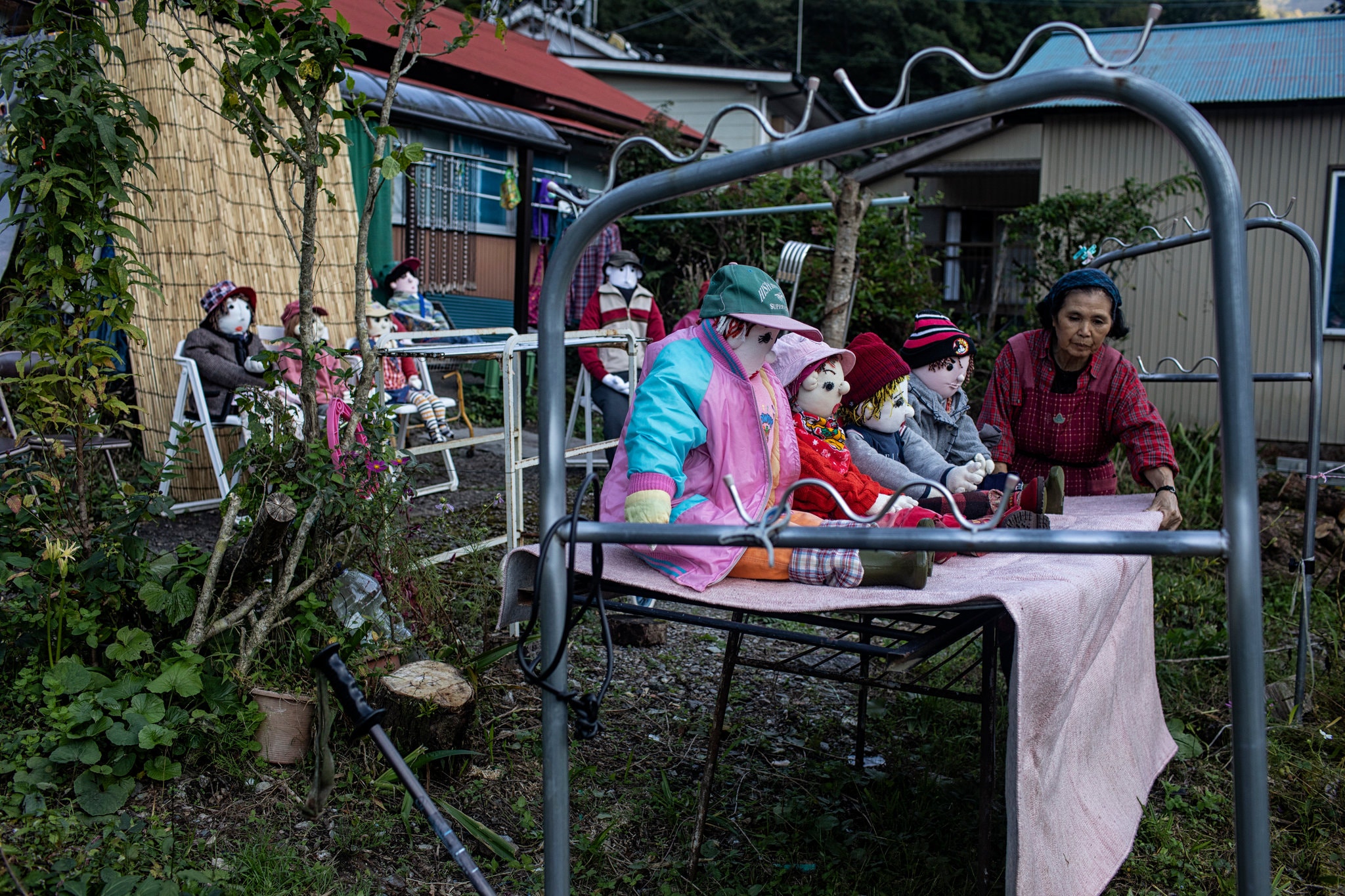 You can also find an old woman tending a roadside grave. Another woman resting in her wheelchair. Construction workers smoking cigarettes on a break. Other utility workers working on the road. Some waiting at the bus stop.

Ayono says that these various scenes evoke the real people who once populated the village.

What is Ms. Ayono’s goal?

Nowadays, about two dozen adults live in the village. The elementary school closed its doors in 2012, after the last two students completed sixth grade.

Ayono’s goal is to make the village a bit lively. She says, “We never see children here anymore. There are no chances for young people here. They can’t make a living”.

She remembers the times when the village had a medical clinic, a diner, and a pachinko gambling parlor. She wishes more children would be there to make the village more cheerful. So, she made the children. 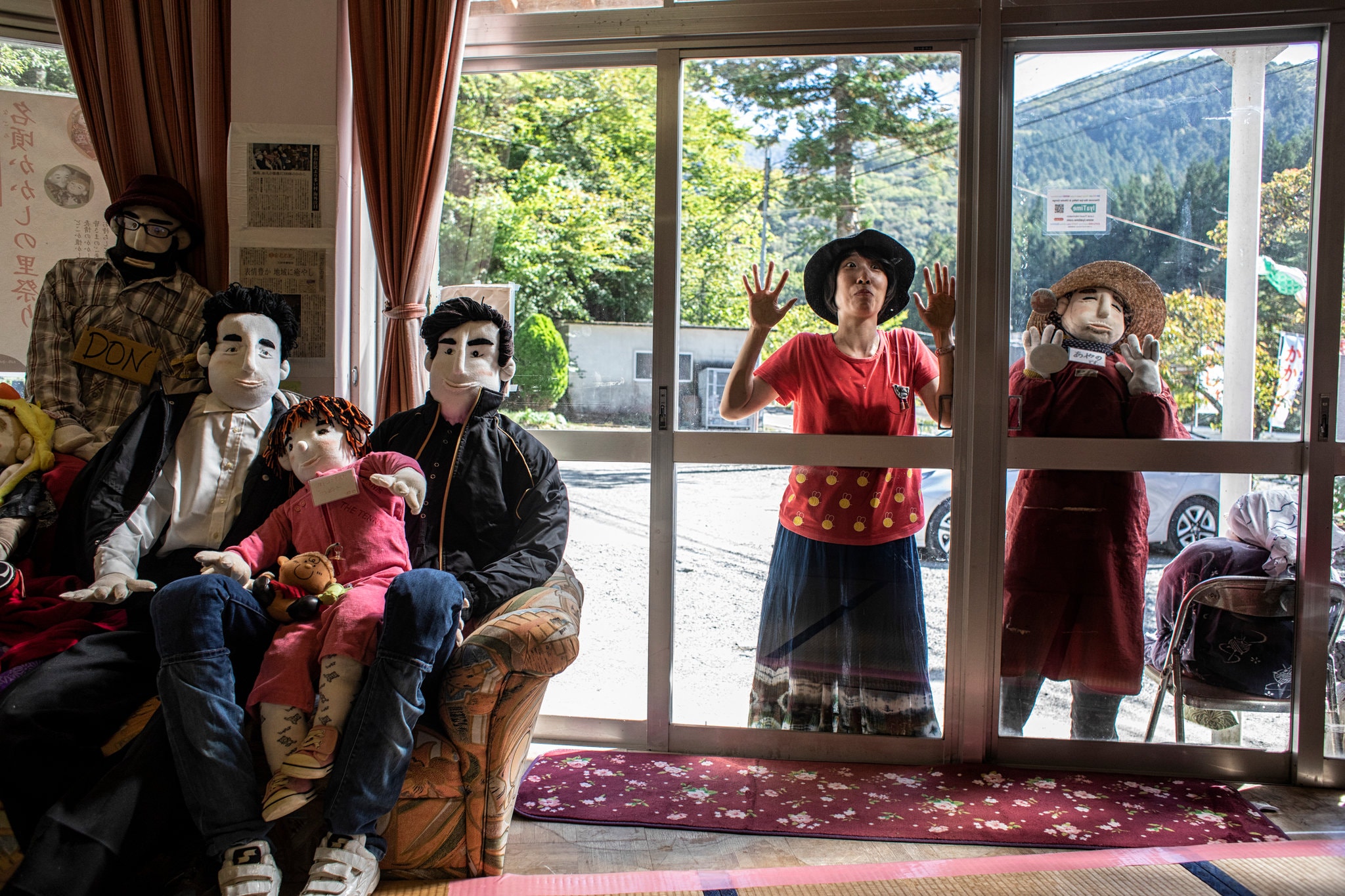 Residents of the village drive an hour and a half along narrow, winding roads to get to a supermarket. The same applies for the nearest hospital.

Her 90-plus years old father is the oldest resident in the village. And the youngest is Tatsuya Matsuura, 38-years old. She says, “A lot of people would have trouble living here”. 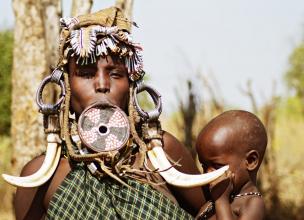 Lifestyle
Mursi Tribe – The Larger the Lip Plate, the Bigger the Bride Wealth
Women who do not wear lip plates are considered lazy and will not warrant as large a bride wealth. The lip plates can be...
5 Modern Architecture Buildings that Move the World Forward
Designers follow two principles for a defining building: inspiration in the past and desire to improve the world in the ...
Cleopatra’s Weird Beauty Rituals that Sound Normal Today
Cleopatra proved that women are more than capable of ruling nations. She did it with intelligence, grace, and rarely bru...
How to Detoxify the Pineal Gland
The pineal gland is believed to play a vital role in consciousness. Detoxifying it can be helpful in attaining higher le...