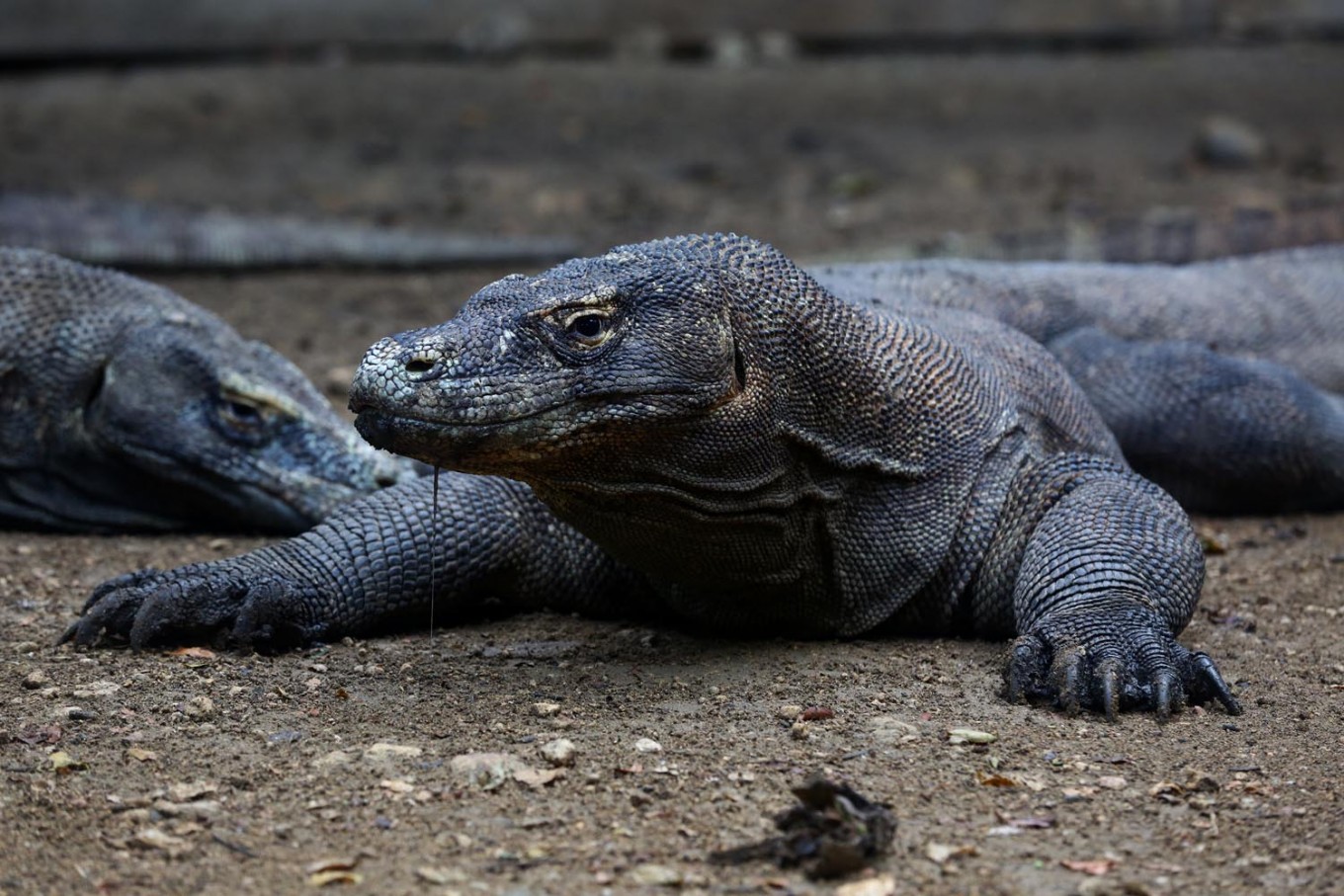 They weigh up to 150 pounds, with the largest verified specimen reaching 366 pounds. These dragons can kill even the largest prey with a single bite thanks to their deadly venom

Some people call komodo dragons land crocodiles. They are the largest living lizard on earth. Komodo dragons are carnivores, living mostly in Indonesia. There have been a few encounters with humans, but they do not attack humans per se.

They weigh up to 150 pounds, with the largest verified specimen reaching 366 pounds. These dragons can kill even the largest prey with a single bite thanks to their deadly venom. Here are some facts about the largest lizard on Earth.

Let’s start with their unique hunting method. They hunt in packs, but their method is to charge their prey and attack the underside or throat with sharp claws and serrated teeth. The attack causes rapid blood loss or fatal lacerations. This might come as a surprise, but komodo dragons are extremely fast. They can run as fast as 20kmh.

Their initial charge doesn’t always finish the job. But it does leave the prey wounded. After that, the dragon proceeds to tear flesh off its grounded victim and eat them alive. There is also another theory that their teeth contain venom that makes matters worse for the prey. 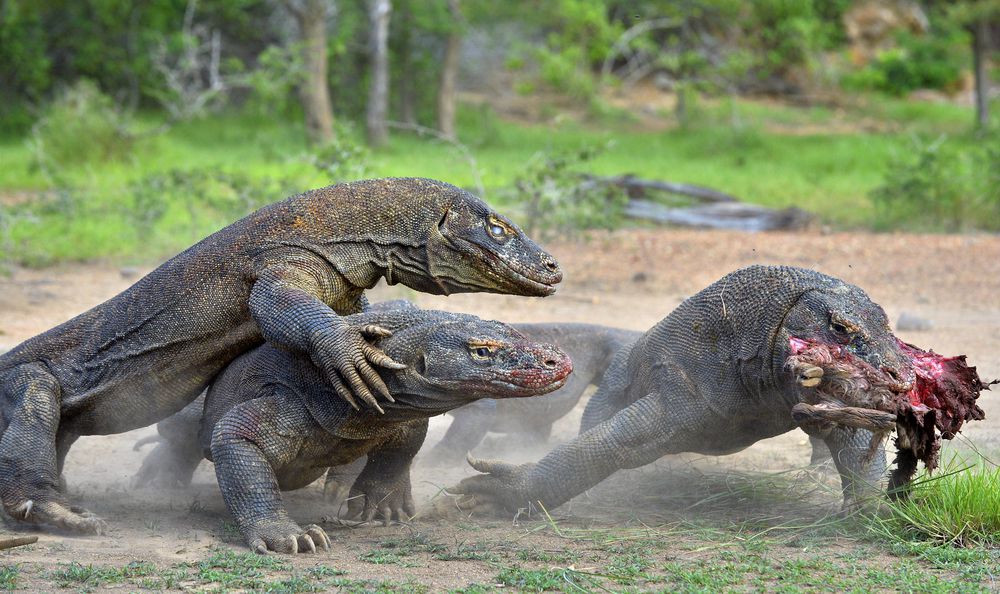 They eat almost anything they can find, including carrion, deer, pigs, smaller dragons, and sometimes, large water buffalo. During hunting, the dragon relies on camouflage and patience, lying and waiting for the passing prey.

According to some research, komodo dragons can eat 80% of their weight in a single meal. Their appetite matches their size.

They get a huge feast, but they have a slow digestion system. After eating, komodo dragons go in the sun, with the heat supporting their digestion process. After they digest the meal, the dragons regurgitate “gastric pellet”. It contains horns, hair, teeth, and other pits of prey that they cannot digest.

Because their digestion system is fairly slow, komodo dragons can survive on one meal per month.

Their armor is built of thousands of tiny bones under the skin. So, what do they need protection from? And the answer is simple, another komodo dragons.

Komodo dragons are not born with their impressive armor. They develop it over time. The growth process helps them find protection against other bigger komodo dragons.

Komodo dragons reproduce once per year. When they are ready to mate, females give off a scent in their feces for males to follow. And when the male locates the female, he scratches her back and licks her body. If she licks him back, they mate.

Sometimes, males wrestle one another for mating rights. Pregnant komodo dragons lay about 30 eggs. They bury them in the earth until they hatch eight months later. 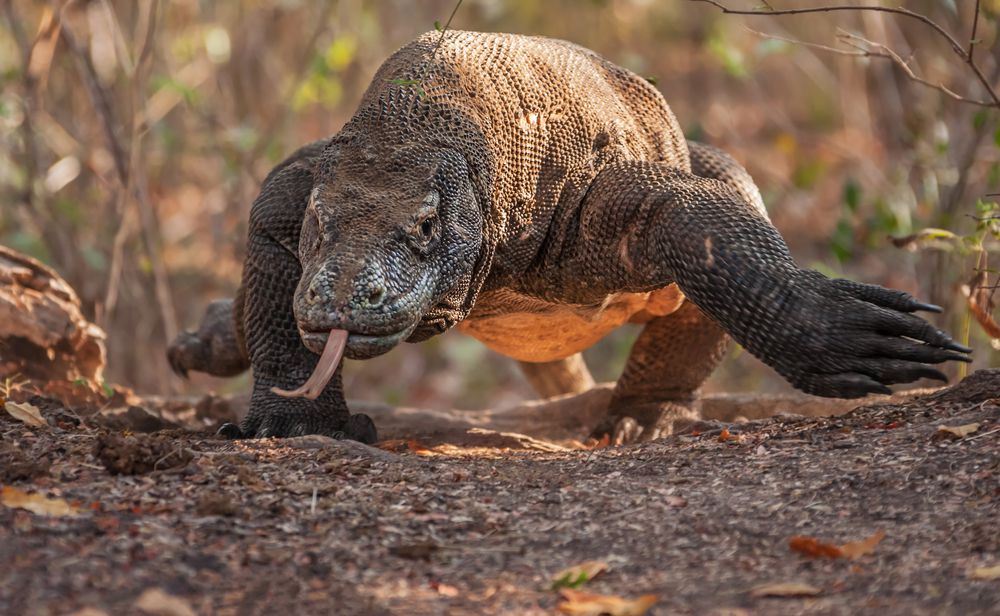 And if there are no male specimen around, a female Komodo dragon can reproduce without sex. They have both male and female sex chromosomes. They can reproduce asexually in a process many know as parthenogenesis.

This process occurs in more than 70 species around the world. In the late 2000s, scientists confirmed it for the first time in komodo dragons.

Humans also pose a threat to the survival of komodo dragons. They burn their habitat and poachers target the reptile. Tourists can disrupt the dragon’s mating process.

This is why Indonesia considered a temporary closure of Komodo Island. In 1980, the country established the Komodo National Park to protect the largest lizard and its habitat. The site is now a UNESCO World Heritage Site.

The Giant Panda, also known as panda bear or simply panda, is a bear native to south central China. You can easily recognize it by the large, distinctive black patches around...

10:02
Nature
The Best Of Eagle Attacks - Most Amazing Moments Of Wild Animal Fights

In this documentary we show off some of the best eagle attacks we’ve seen. Eagles hunt their prey thanks to the talons or claws on their toes. Their talons are curved an...

Strange
The World Tree - Middle Eastern Religions
The World Tree is mytheme in many Middle Eastern religions. It is most often portrayed as an archetype of the trees of k...
How to Detoxify the Pineal Gland
The pineal gland is believed to play a vital role in consciousness. Detoxifying it can be helpful in attaining higher le...
Santa Cruz del Islote – Most Densely Populated Island in the World
According to legends, the island was uninhabited some 150 years ago. The size was less than a hectare of land. It floate...
Bamboo – The Tree of The Future
Bamboo belongs in the Bambusoideae subfamily of the perennial evergreen grass family Poaceae. The German botanist Charle...