Who is Margaret Sanger – The woman set to be on the $20 bill? 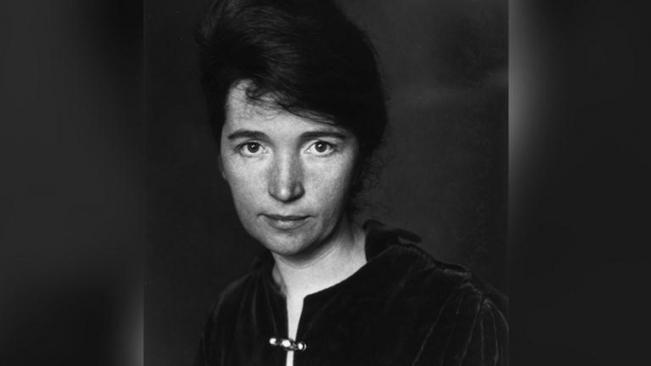 Andrew Jackson might be “living” his last days on the $20 bill, as a huge movement is gaining ground in the US to put a new face on the bill. For the first time in history, there might be a woman heroine on the $20 bill in the face of Margaret Sanger. Born in 1879, Sanger a birth control activist, nurse and sex educator. She died in 1966, but left a huge legacy behind her. Sanger is the woman responsible for the terms “birth control”, “planned parenthood” and much more. Her contribution to the emancipation of women across the world is enormous. Her efforts and actions led to the legalization of contraception. And while opponents of abortion criticize her, she has many supporters within the woman population. She opened the first birth control clinic in 1916, after which she was arrested for “distribution of information on contraception”.

Back in the time, European countries were more liberal towards contraception. In the US, contraception was seen as a taboo topic. Nobody was allowed to speak of it, and people were getting arrested just for mentioning contraception. Sanger was introduced to the idea of birth control in 1915, when she visited a Dutch birth control clinic. There, she learned all there was about diaphragms, a contraception method she was convinced is a better and more effective option than everything else present and available in the US. She started to import diaphragms in the US, even though her actions were in defiance with the law of the United States.

In 1916, she opened a birth control clinic in Brooklyn, which was the first such clinic in the US. She was arrested just nine days later, but with a bail of $500, she was able to come back home. She continued to educate women in the clinic. However, few weeks later she was again arrested, this time with her sister. In 1917 she was convicted, as the judge argued “that women did not have the right to copulate with a feeling of security that there will be no resulting conception." She argued the laws, and said she cannot respect the laws, an action that got her 30 days in a workhouse. Her trial and arrest sparked activism within the United States, as women were asking for better birth control. Multiple donors were happy to fund and support Sanger and her future actions.

Following the end of the World War I, Margaret shifter her views from radical politics, and focused her time to found the American Birth Control League in 1921. The league helped Sanger gain more supporters, especially within the middle class.

The popularity of the league, supporters and donors, helped Sanger open the first legal birth control clinic in the US in 1923. Most of the staff within the clinic were female doctors and social workers.

Following the success and the growth of birth control clinics, Sanger shifted her focus towards the new problem, “planned parenthood”. In 1929, Margaret formed a National Committee with a purpose to lobby for legislation and try to overturn the restrictions that were in place for contraception. Her efforts failed to bring a success, so she continued ordering diaphragms from Japan. Her goal was to provoke battle in the courts. Her actions led to court decision in 1936 which overturned a provision of the Comstock laws. In essence, the decision allowed physicians to obtain contraceptives. Following the court decision, the American Medical Association adopted contraceptives as normal medical service.

The victory in 1936 was the culmination of her birth control activity. She remained active in the birth control movement through the 1950s, but shifter her focus to Planned Parenthood. In 1946, she formed the International Committee on Planned Parenthood, an organization that evolved in Federation in 1952 and became the world’s biggest organization on family planning.

In order to bring her thoughts closer to the public, let’s look at some of the most famous quotes by Margaret Sanger, a woman believe is the founder of Planned Parenthood.

- When motherhood becomes the fruit of a deep yearning, not the result of ignorance or accident, its children will become the foundation of a new race.

- Woman must not accept; she must challenge. She must not be awed by that which has been built up around her; she must reverence that woman in her which struggles for expression.

- The submission of her body without love or desire is degrading to the woman's finer sensibility, all the marriage certificates on earth to the contrary notwithstanding.

Medicine
19 Addictive Facts about Heroin
The substance enters the brain rapidly, and then changes back into morphine. Heroin binds to opioid receptors on cells l...
Top 7 Enlightening Latin phrases we use daily
Latin is a dead language, nobody uses it in modern times. But there was a time when Latin was used to educate the masses
15 Facts about Zeus from Greek Mythology
In Greek mythology, Zeus is sometimes portrayed as the rain god. Homer believed that the Gods live at Olympus, the highe...
Buzludzha Monument – Abandoned UFO Cold War Monument
The cost of the building process was 14,186,000 leva, which equals to $35 million in today’s rates. The monument was ...