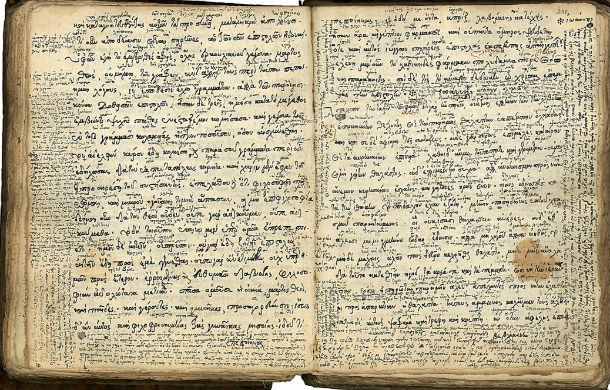 Ancient Greek literature influenced the Latin Literature first and foremost, and then the European literature until the 18th century.

Ancient Greece is considered one of the first civilizations, and arguably one of the most important in world history. With knowledge in mathematics, physics, science, astronomy, astrology, geometry, and much more, Ancient Greeks were much more developed than their peers in other countries. With that being said, we will explore the work of some of the Greek poets in Ancient Greece. Their work is considered pillar in world literature and history. Greek Literature had a huge influence on Western Literature. Ancient Greek literature influenced the Latin Literature first and foremost, and then the European literature until the 18th century. Many of the works we read today, especially poems and tragedies were modeled by the writers of Ancient Greece. Let’s take a look.

Along with Socrates, he is considered leader in decadent intellectualism. Euripides wrote between 92 and 95 plays (depending on the source). Of those, only 18 survived, which is tragic, considering the quality of his plays. He is famous for using ordinary people, and turning them into heroes in his plays. His influence on drama is seen today. He thrived in presenting traditional heroes as ordinary people who thrive in extraordinary situations. From his works, some later writers adapted his style to comedy and romance. However, he is still one of the “most tragic of poets”. In his plays, Euripides focused on motives and inner drive of his characters. Some of the plays like Othello by Shakespeare have been largely influenced by Euripides. Another thing that was unique in his plays was the use of women. He demonstrated specific sympathy for victims of society, women especially, and he made sure his female heroes shock the audience with their “heresies”.

Homer is considered the first and greatest poets in Ancient Greece, setting the table for many future generations of poets. He managed to tell the entire history of Greece in two novels, The Iliad, and the Odyssey. The first one describes the events of the war between Greece and Troy, while the latter talks about the adventure of Odyssey, a hero from the war and his journey coming back home. He is crucial figure in Western Canon as the author of the first known literature of Europe. Plato describes Homer as the “first teacher”, and leader of learning. His works, even though most of them are speeches, have provided model for writing and persuasive speaking. 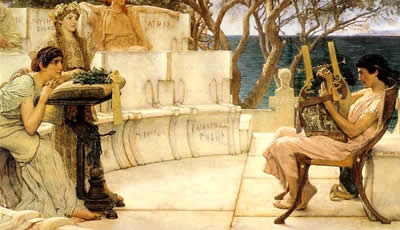 Sophocles is also credited with the introduction of logic into Greek Tragedy. It was Sophocles that made sure fatalism is part of his plays, paving the way for Socratic logic to become mainstream aspect of Greek tragedy.

Known as the “Father of Comedy”, Aristophanes helped develop the style which is now known as “Old Comedy”. The style is characterized by the use of sexual and scatological innuendo, and lots of political satire. One of the most famous writers that adopted the style is Voltaire who copied Aristophanes technique of masking political attacks as buffoonery. The same style was immortalized by Monty Python on the big screen.

Aristophanes was feared among his contemporaries, and he was the one to continue the legacy of Ancient Athens after the death of Socrates and Euripides. And while he was the inventor of Old Comedy, his later works helped theater transition to Middle Comedy and New Comedy. The artistic influence of his plays is just half of the story. Aristophanes also managed to tell the history of Athens through his plays, making them historical evidence.

Philemon was responsible for the development of the New Comedy genre along with his rival, Menander. But while both of them are important to the development of the genre, Philemon was the more popular one. He repeatedly won over the younger Menander. He spent most of his live in Athens, where he wrote 97 books. Of those, more than half, or 57 are known by titles and fragments. Some of his plays were later adapted by Latin writers.

Celebrated for his versatile and innovative use of poetic meters, Archilochus made a living out of declaiming poetry in private homes and at festivals. From a historic aspect, his work represents the dual aspect of the personality of the poet. While he was writing romantic poetry, he was living a turbulent life, one that many believe made his fiancé and her father commit suicide. The best way to describe his work is to characterize him as a “lyric poet”, and the first one in Ancient Greek of that matter. He described himself as both a poet and a warrior. From a style standpoint, Archilochus used a style similar to that of Homer, or in other words, the dactylic hexameter.

Another lyric poet, Alcman was born in Sparta and is considered one of the first “nine lyric poets”. It is a style that was developed by the latter poets in Greek history. One thing that characterized his style was the use of “unmarried women maiden”, who he used for singing the choruses. His songs were performed at festivals, especially during initiation rites of the girls. There are rumors he composed choral songs for boys as well, but they are lost. His work had huge influence on the French scholar Claude Calame.

In his work, the women maiden expressed homoerotic feeling, which is why some believe his work was meant for the cult. Alcman is probably one of the earliest writers to write songs about the same sex relationships between Spartan women.

Theocritus might not have written much, but he was creator of a genre that was later used by many modern writers. Theocritus is cited as the creator of “ancient Greek bucolic poetry”, a genre that flourished in the 3rd century BC. The genre was later used by the great roman writer, Virgil. Bucolics are different than mimes in the way the scenes of bucolics are laid in the country, while mimes are used as scenes in a town. Poems by Theocritus consist mostly of singing-matches, and they are conducted according to the rules that apply to amoebaean poetry. According to those rules, the second singer must take the subject chosen by the first and then contribute on the same theme.

In a world dominated by men, Sappho was a woman that managed to carve a name for herself. She is one of the “nine lyric poets”, or actually, the tenth in that group. Sappho is one of the most influential female poets in the history of Ancient Greece. She was born on the island of Lesbos. The connection with the island goes deeper, as her poetry centers on passion and love for people of both sexes. The word “lesbian” derives the name of the island Lesbos.  But while love between women in her poems is obvious, there are few, if any evidences of physical act. The physical act between women in her poems is up for debate. The word “lesbian” was first used in 1890 in a modern sense, but it is clear to many she used it way earlier. However, in her time, physical acts of love between females were considered “disgraceful” for women.

Many people know Aristotle as the great philosopher, the father of philosophy. However ,his writings cover so many subjects, including logic, ethics, music, poetry, linguistics, and much more that characterize him more as a poet and a writer, than a philosopher. It would be an understatement to say that Aristotle is the most important poet in the history of the world, but that would be the closest and most realistic description.