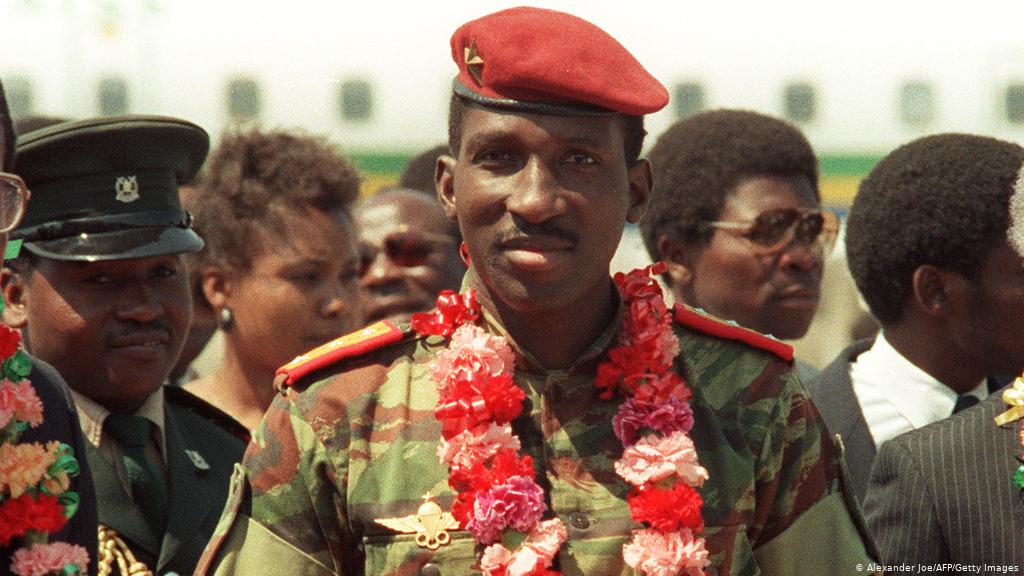 Born in December 1949, Thomas was a Burkinabe military officer and socialist revolutionary. He served as President of Burkina Faso from 1983 to 1987. As a Marxist-Leninist and pan-Africanist, many people viewed him as a charismatic and iconic figure of revolution

Those who come with wheat, millet, corn, or milk, they are not helping us. Those who come really want to help us can give us ploughs, tractors, fertilizer, insecticide, watering cans, drills, dams. That is how we would define food aid. This legendary statement by former Burkina Faso leader Thomas Sankara shows why the people love him many years after his death.
Born in December 1949, Thomas was a Burkinabe military officer and socialist revolutionary. He served as President of Burkina Faso from 1983 to 1987. As a Marxist-Leninist and pan-Africanist, many people viewed him as a charismatic and iconic figure of revolution.
At the age of 33, he got appointed President of the Republic of Upper Volta. Once he came to office, he immediately launched programs for social, economic, and ecological change. He also renamed the country to Burkina Faso (translating to Land of Incorruptible People). The name Upper Volta was given by the French as part of their colonization process.
And he called the people Burkinabe (upright people). He focused his foreign policy on anti-imperialism, rejecting aid from organizations like the International Monetary Fund. At the same time, he tried to reduce reliance on aid by boosting domestic revenues.

Today, he remains one of Africa’s most celebrated leaders. He was killed in a military coup on October 15, 1987. Despite ruling for only four years, he made so much to completely transform his country. His legacy is celebrated around the world, not only in Africa.
Here are some of his lasting achievements in Burkina Faso.

His main vision for the West African country was simple, eliminate corruption and end the French dominance. He started everything by renaming the country from the French colonial name Upper Volta to Burkina Faso. In one of his popular and inspirational speeches, he said, “The enemies of a people are those who keep them in ignorance”.
Some of his national agenda included planting more than 10 million trees to combat the growing desertification of the Sahel. He redistributed land from private landowners, suspended rural poll taxes and domestic rents, all while establishing a road and railway construction program.
He called on every village to build a medical dispensary. Sankara built pharmacies in 5,384 out of 7,500 villages. As a result, the infant mortality rate dropped from 208 per 1,000 birth to 145.
Speaking about women rights, he outlawed female genital mutilation, forced marriages, and polygamy. Sankara appointed women to high governmental positions and encouraged them to work outside the home. He also encouraged women to stay in school, even if pregnant.
As an admirer of the Cuban Revolution, he set up Cuban-style Committees for the Defense of the Revolution.
While people loved him, his policies alienated and antagonized several groups, including the powerful middle class and the tribal leaders. He striped tribal leaders of their long-held traditional privileges of forced labor and tribute payments. 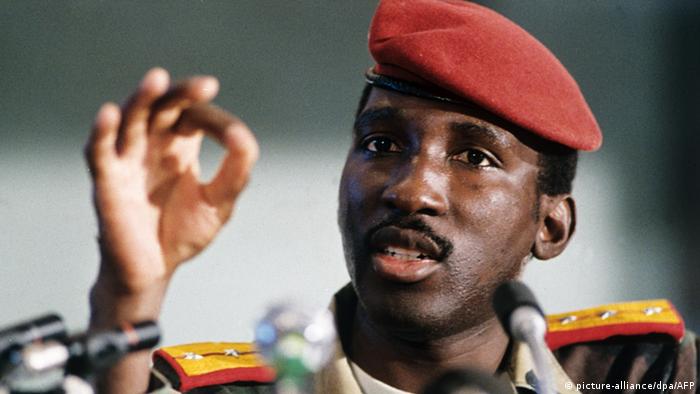 As a result of that, he was assassinated by troops led by Blaise Compaore on October 15, 1987. Blaise assumed leadership of the state following the assassination.

Another important aspect of his reforms was selling off the government’s fleet of Mercedes cars. He replaced them with ordinary Renault 5, at the time the cheapest car in Burkina Faso.
That Renault model became the official service car for all government officers and ministers. At the same time, he reduced salaries of all public servants, including his own. He forbid the use of government chauffeurs and 1st class airline tickets.
During his presidency, he reduced his salary to $450 per month and limited his possessions to a car, four bikes, three guitars, and a fridge.

We mentioned one of his most memorable statement at the beginning. Sankara stopped foreign aid to his country. He believed foreign aid was a means by the first world to control poor nations.
He had something else planned. He reclaim land from the feudal landlords and distributed it directly to the peasants. As a result, wheat production rose in three years from 1700kg per hectare to 3800kg per hectare.
That made the country food self-sufficient.

Nowadays, amid the Covid-19 pandemic, we applaud leaders like Joe Biden for vaccinating 200 million people within 100 days. Well, some 30 plus years ago, Sankara vaccinated 2.5 million children against meningitis, yellow fever, and measles within two weeks.

Sankara wanted to make women equal in his country. And that was not an easy task to do. He wanted to show his people women can do just as well.
So, he formed an all-women motorcycle personal guard. They traveled with him whenever he went across the country.

Many people refer to Sankara as the African Che Guevara. And that is a proper comparison. The Burina Faso leader refused to use air conditioning in his office. He said such luxury was not available to anyone but handful of people, and he didn’t want to be among them.
And when asked why he didn’t want his portrait hung in public places, a norm in many African countries for their leaders, he replied, “There are seven million Thomas Sankaras”. 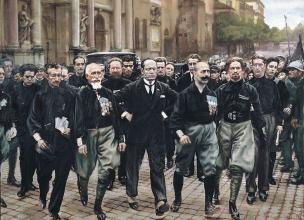 Personal Triumphs
March on Rome – How Mussolini Helped Hitler
100 years later, and we can argue that without the March on Rome, Hitler’s rise to power might never have happened. We...
Justinian I – Who was the Man we Thank for Today’s Laws?
Justinian I tasked himself with collecting and codifying existing laws and legal works from the Roman world, and ordered...
Mikhail Gorbachev – Achievements and Failures
Mikhail Gorbachev was the last Soviet Leader. He passed away on August 30, 2022, in Moscow, Russia. In 1990, he won the ...
The Poetic Side of Saddam Hussein
Saddam Hussein ruled over Iraq for years and fought two wars with the United States. Many people view him as one of the ...