The Voynich Manuscript - Can the book ever be decoded? 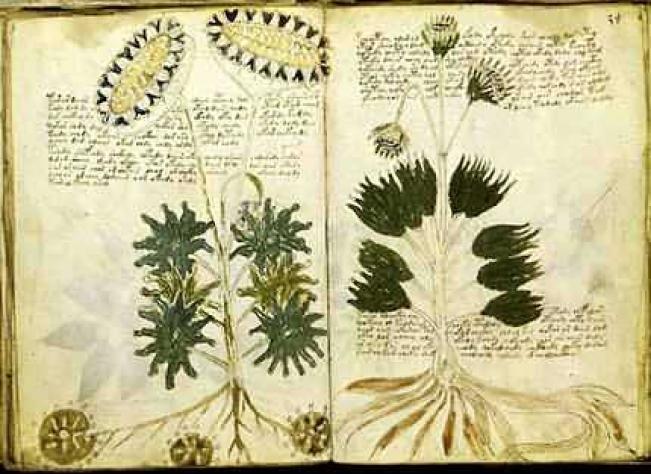 While the structure of the words follows some modern principles and laws, it is still impossible for code breakers to decode it

One of the most mysterious books in history is the Voynich manuscript. A coded book, the manuscript is hand written in vellum pages in the 15th century. It first became known to the world public in 1912, when a Polish book dealer by the name of Wilfrid Voynich purchased the book. The manuscript still carries his name. While there have been many professional studies, researches, analysis by linguists and cryptographers, the book remains a mystery and it cannot be decoded.

One of the reasons why the book cannot be decoded is the text, written in unknown script. The bulk of the characters in the book are composed of one to two simple pen strokes. The text in the manuscript consists of more than 170,000 characters. While the structure of the words follows some modern principles and laws, it is still impossible for code breakers to decode it.

There are many theories who and why has written the Voynich manuscript. We underline some of the most common and popular

- The next popular theory is that the book was written by the Aztecs on their native language Nahuatl. There are several books written to support this theory, the latest being by Jim Comegys.

- As with most conspiracy theories and mysterious things, nothing can go without a spice of Hebrew. James Finn is the author that believes the book was written in Hebrew language. According to this theory, the book warns humanity of the end of times. In the spirit of Hebrew language, there is also a theory that the star disk on page f68rr is actually a secret message, a golden plate with hidden message to Judas written by Jesus Christ.

- Since the book is rich with illustrations and pictures of herbs, there is a theory that suggests the Voynich manuscript is actually a recipe book. According to this theory, the book is written in Old Latin.

Aside from the many theories about the origin of the Voynich manuscript, there is actually some analytics job that has shown patterns in the book. Let’s take a look at some of the patterns and particularities.

- According to analytics of the words and text, the text in the manuscript follows the first and second Zipf’s laws for word frequencies.

- It is hard to look at the book as a Latin book since the word length distribution in the manuscript is different than the one in the Latin language. The words in the Voynich manuscript are shorter than Latin words.

- Spaces using in the Manuscript separate words as in today’s natural language.

- The structure of words in the manuscript is considered rigid.

- There are word repetitions, sometimes up to three times

- There are characters in “key-like sequences” that cannot be found in other parts of the book.

Up until January 2014, no one has managed to decode a single word from the manuscript. In January 2014, however, a professor at the University of Bedfordshire managed to translate 10 words from the Voynich manuscript. The professor of applied linguistics, Stephen Bax, has deciphered 14 characters in the book and with that discovery managed to read some items in the text.

The words the professor Bax decoded are coriander, juniper, hellebore and some other herbs that are located next to the drawings of the plant. He also picked up the word for Taurus. The word for Taurus was written next to an illustration of a star in the constellation Taurus.

The professor was guided by the idea of identifying names in the text. He followed historic approaches used for deciphering the Egyptian hieroglyphs and other scripts. He then used the names and searched if they work in the script. He identified the names for the herbs looking at Arabic manuscripts.

Will it be decoded?

The biggest problem with decoding the book is that whenever a plausible theory comes out, it becomes downright poor and impossible once linguists, code breakers and cryptographers investigate the theory. The end result is always the same: there is no obvious explanation.

Another reason why it is hard to decode is that experts believe that the book contains actually 50,000 letters, but the author has expanded to 170,000 to fill it with fluff and filler material. There is no pattern that can separate the original from the filler material. And while many consider the manuscript to be a hoax, there are still numerous experts that try to decode it.