The story of Alan Turing - Pioner in mathematics, computer science and homosexuality 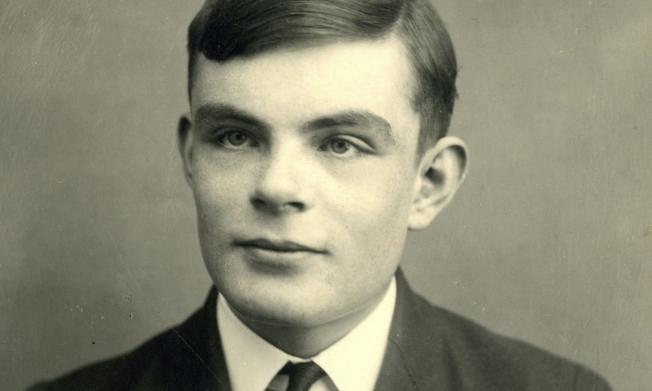 Alan Turing is praised today as one of the biggest geniuses in computer science and mathematics. But he was also victim of the early 20th century stereotypes and dogmas about homosexuality

One of the biggest ironies about the World War II is that one of the most important people that helped the Allied forces win, had to have his work kept as top secret for more than 30 years. Alan Turing is praised today as one of the biggest geniuses in computer science and mathematics. But he was also victim of the early 20th century stereotypes and dogmas about homosexuality. Turing lost his life due to his views and his open sexuality. He was chemically castrated, and later died at the age of 41. But before he lost his life, Turing contributed a lot to the world of mathematics, computer science, and artificial intelligence. Turing was born in June 1912 in Britain, and is considered one of the biggest contributors in the World War II. Turing’s work helped the Allied forces beat the fascists. During the World War II, Turing worked at the Bletchley Park in one of Britain’s top codebreaking centres. Even though he was a popular and the society was thankful for his contributions, he was prosecuted in 1952 for homosexual acts, a behavior that was considered a criminal act in Britain. He accepted to be chemically castrated as opposed to prison. He died in 1954. His work, however, still lives. In 2009, Britain’s Prime Minister Gordon Brown publically apologized for the way the government treated Turing, and in 2013, the Queen Elizabeth II granted Turing a posthumous pardon. Turing was immortalized by Hollywood in the movie “The Imitation Game”. The movie was released in 2014, and Alan was played by Benedict Cumberbatch.

Even from his early days, Alan Turing was a genius. His teachers saw it, and everyone around him knew he would be special. One of his teachers, the headmaster of the Sherborne School, said that “If he is to be solely a Scientific Specialist, he is wasting his time at a Public School”. That was when Turing was 13 years old and attending the Sherborne School, a boarding school in Dorset. He was pushed to his limits and Turing started studying advanced modern scientific ideas, including gravity on his own.

In 1935, Turing started attending Cambridge, the University where he found a new home. He won a Fellowship of King’s College in 1935 for his work in the probability theory. He took a Mathematics degree at Cambridge. During his college career, it was clear that Turing was destined for a successful career in mathematics.

Turing had many contributions to the world of mathematics. And even though the Enigma Code is his single greatest achievement, he also worked on mathematical biology, or morphogenesis. He published one paper on the subject regarding pattern formation. The theory was confirmed 60 years later. He also contributed vastly in the field of Fibonacci phyllotaxis.

One of Turing’s greatest achievements is breaking the Enigma code. He designed “The Bombe”, a machine he made to crack the Enigma Code and Nazi ciphers. He joined the code breaking department of Britain in 1939, the year when the Polish Cipher Bureau passed on crucial information regarding the Enigma Machine. The Enigma machine was used by the Nazi to encipher the military and naval signs. Turing was working with other scientists and mathematicians at the Bletchley Park to develop the machine that can crack the Enigma Code.

Cracking the Enigma Code enabled British forces to ship food and other supplies across the Atlantic Ocean.

The Bombe, or Turing’s machine worked on a very simple principle. Once the code breakers get an Enigma Code, they would try and guess a short word that appears in the message. After that, they would input the guess or the word into the “Bombe’. If the input did not result with an Enigma code, the input was rejected. Some days, the Bombe could crack the Enigma code in just 15 minutes. Turing received an OBE in 1945 for his work and cracking the Enigma Code. His work remained Britain’s top secret for more than 30 years.

Alan Turing imagined and described a machine that could read a tape of symbols and rewrite or erase the symbols. The machine, now called Turing machine read symbols one at a time. After the machine is done with the tape, it shifts to the left or to the right. In reality, Turing described a person that is performing the operations, and he called that person a “computer”. Some of the Turing machines can perform for hours, while some halt after few minutes.

The machine is a hypothetical person and relies on simplicity. However, it can simulate any computer algorithm, no matter the complexity.

Alan Turing is considered the father of modern computer science and artificial intelligence, and rightfully so. He famously said “I believe that at the end of the century the use of words and general educated opinion will have altered so much that one will be able to speak of machines thinking without expecting to be contradicted”, as well as that “A computer would deserve to be called intelligent if it could deceive a human into believing that it was human“. Mora than 50 years later, his words came to life.

Turing worked on ACE, Automatic Computer Engine, one of the first computers from 1945 to 1947. The project got delayed due to the secrecy of Turing’s work and contributions in cracking the Enigma Code.

In 1949, Turing worked on one of the earliest software stored-program computers. It was called the “Computing machinery and intelligence”. During that time, he proposed the Turing test, which is used today in the field of artificial intelligence. The standard is used to define whether a machine is intelligent or not. Alan’s idea is that the computer could “think” and make a valid conversation with a human being. As wild as it sounds, his theory was proven right when a computer named “Eugene” did in July this year. Another use of the Turing test is the “CAPTCHA” that internet websites use in order to determine whether “you are human or not” The CAPTCH test is actually a reverse Turing test.

When he was still alive and working on artificial intelligence, Turing predicted that by 2000, a machine could fool one of three interrogators in just five minutes. Turing believed that a computer could act, think and speak like a human. It took more than that, as this July, a computer named “Eugene” made just that. The computer is a Russian computer program that acts as a 13 year old boy. The computer used bad manners, humor and scattiness to fool 10 of the 30 judges at the Royal Society.

The achievement is called “a meaningless victory”, but it is still a victory for the field of computer science and artificial intelligence. According to some professors, the computer is less sophisticated than Siri, a voice assistant developed by Apple. But think about this for a second, without Turing’s contributions to the world of artificial intelligence, Siri, Google Now, Cortana and similar voice and visual assistants in the technology world might not be a reality.

Eugene’s humor is bizarre, as he had this to say about Jim Carrey and his movies. “If I’m not mistaken, Carrey is a robot. Just as many other ‘people’ — we must destroy the plans of these talking trash-cans!”

Turing the pioneer of homosexuality

In 1952, Turing wrote to his friend and mathematician Norman Routledge, revealing that he was afraid that he will be discredited and his ideas will be discredited because of him publically confessing he had sex with another man. Back in the days, homosexuality was considered a criminal act in Britain. In the letter, he wrote:

“I'm afraid that the following syllogism may be used by some in the future,"

"Therefore machines do not think."

Turing started his relationship with Arnold Murray in 1952. At the age of 39, Alan was dating a 19-year old unemployed boy. The two met before Christmas outside of the Regal Cinema. In January the next year, Alan’s house was burgled, and Arnold confessed to Turing that the burglar was actually an acquaintance of his. During the police investigation, Turing confessed he and Murray are in a sexual relationship. Under the Criminal Law Amendment Act 1885, both Turing and Murray were charged with “gross indecency”. Turing plead guilty, and accepted chemical castration as a punishment instead of prison. The castration process fulfilled the prediction made by Turing, when he said that “no doubt I shall emerge from it all a different man”.

The conviction stripped Turing of his security clearance and barred him from any communication and consultancy for the British government.

At the time Turing came out, he was one of the first public figures to come out of the closet and confess publically he was dating/sleeping with another man. There was public anxiety regarding homosexuals, homosexuality and everything related. He was prevented from discussing his work. Turing died in 1954, at the age of 41. The official examination showed that the cause of death is poison. Turing was cremated at the Working Crematorium on June, 1954. There were theories that he might committed suicide, or that he was killed. The apple that was found near the body of Turing was never tested for cyanide, the poison that killed the great genius.