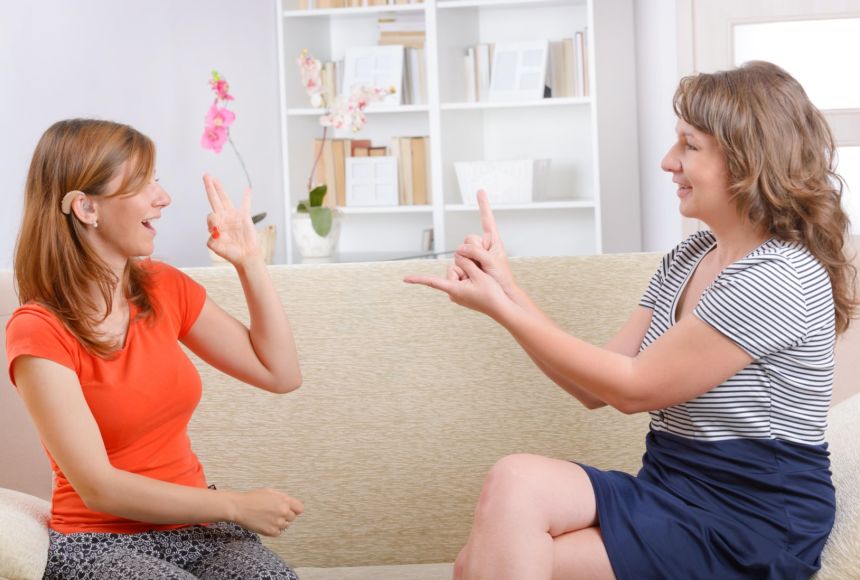 Over the years, sign languages have developed as useful means of communication between deaf people. The number of sign languages worldwide is not precisely known. According to some linguists, each country has its own native sign language, and some have more than one

Sign languages are languages that use the visual-manual modality to convey meaning instead of using spoken words. They are expressed through manual articulation in combination with non-manual markers.
Linguists consider both spoken and signed communication a type of natural language. They both emerged through an abstract, protracted aging process and evolved over time without meticulous planning.
Over the years, sign languages have developed as useful means of communication between deaf people. The number of sign languages worldwide is not precisely known. According to some linguists, each country has its own native sign language, and some have more than one.
With that in mind, let’s talk about some interesting facts about sign language.

The fourth-most used language in the UK

English is the native language in the UK, but the fourth-most used one is the sign language. According to some statistics, more than 125,000 adults in the UK use British Sign Language. Many more people understand it and know how to communicate using the language.

What is even more interesting is that for 15,000 people living in England and Wales, the British Sign language is their main language.

As we said before, there are different versions of the sign language. It is same as with spoken languages, sign languages change depending on the country. Fun fact: even though Britain and the US both speak in English, the sign language is quite different. It makes sense in a way that American English and British English are different.
For example, in the American Sign Language, the alphabets can be demonstrated using only one hand. Yet, in British Sign language, you need to use both hands.

According to some linguistic research, there are more than 300 different sign languages around the world. More than 130 of them are officially recognized worldwide. Some of the variations include German, Korean, Chinese, Japanese, Italian, English, and more.

A common misconception regarding sign language is that it uses only hand gestures. But that is plain wrong.
For example, British Sign Language includes facial expressions, body language, and gestures for communication.

You might be surprised, but each sign language has its own grammar. That means a well-constructed question must be accompanied by the correct eyebrow position. For example, if you are asking questions related to who, where, what, why, and when, the eyebrows are kept down. If the question is about a yes/no answer, the eyebrows are kept up.

If you think brain injury damages your ability to speak only in spoken language, you are wrong. Same as with spoken language, a brain injury will damage the perception of sign language. A person who has suffered such injury might be able to produce signs, but will do it without the correct grammatical order.

What composes a sign in the language? Well, each sign is composed of five components. A change in one of them will change the entire meaning of the sign.

This might come as a surprise as well, but sign language was a thing in ancient times as well. The topic of deafness was always present. At one point, Socrates explains the importance of “making signs by moving our hands, head, and rest of our body”.
According to modern historians, ancient Greeks employed an early form of sign language, yet, the patterns were not seamless.

The Ottoman Empire was one of the biggest and longest-standing in medieval Europe. While sign language at the time was slowly being standardized across western Europe, Ottoman rules were aware of the potential.
Sultans hired deaf servants because of their ability to communicate without speaking. They used hand language for political reasons within the courts and at elite gatherings. In other words, sultans could send messages in a secret way.

When it comes to standardizing the sign language, one of the first notable attempts were from a Catholic priest in France. Charles Michel de l’Epee decided to standardize it, and drew on an old non-verbal language used in France. He created a clear system of signs meant to express common ideas.
Nowadays, linguists consider his standardization as the birth of the French and American sign language.

According to the American Speech Language Hearing Association, hearing loss is the third most prevalent chronic health condition in older adults. And as the population ages and the hearing loss increases, sign language has become more and more relevant. Even more in emergency situations.