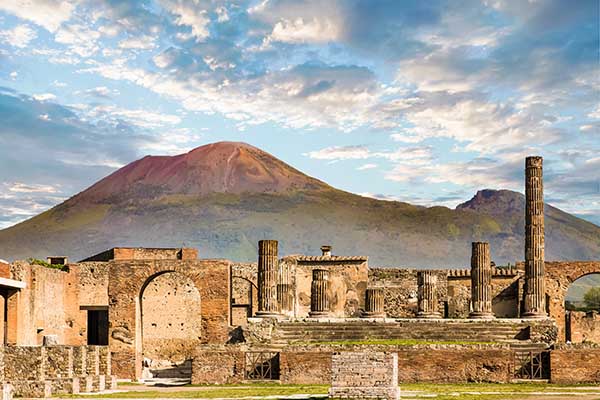 To this day, 22 of the original 66 hectares have not been unearthed. You can walk down the streets of the ancient Roman city and imagine the town as it was in its heyday

The eerie ruins of Pompeii can be found near the Italian city of Naples nowadays. And they hold a special place in history. In 79 AD, the iconic Mount Vesuvius erupted, destroying the entire Roman city along with the 2,000 residents.
Many years later, archeologists found the ruins. The city was first discovered by accident beneath the volcanic rock and remains remarkably well preserved.
To this day, 22 of the original 66 hectares have not been unearthed. You can walk down the streets of the ancient Roman city and imagine the town as it was in its heyday.
Let’s talk more about the great city and its importance in history.

At the time, residents had no word for Volcano

The story of Pompeii and its history becomes even more tragic as you look at historians and their work. They discovered the Pompeii citizens had no knowledge of what the nearby Vesuvius actually was.
They had no knowledge of any volcanos. This is why the city and its residents thought of Vesuvius as a large mountain. The word “volcano” was not even invented until the 1610s, with the word derived from Vulcan, the Roman God of Fire.

Vulcan’s worship was very ancient. He had the same attributes as the Greek god Hephaestus, the god of fire and blacksmith.
Fun fact: at the time, Romans relied on fire to bake basic goods. Vulcan became the patron of ovens and baked produce. Fearing his destructive power of fire, they had a whole day to Vulcan, a festival held annually on the 23rd of August. During the festival, people would throw small fish into the fire as sacrifices.

Wind blowing in the wrong way

Usually, the wind blows the other way. But on that day in Pompeii, the simple reason many people did, was the wind blowing in a northwesterly direction. Research suggests that the wind would have been blowing from the southwest instead.
In other words, the wind would have blown the debris away from the city. Instead, what happened was the wind blowing directly towards Pompeii, bringing the fire to the city. It is just incredible to think that a small factor caused so much death and destruction.

Pompeii was a Greek city

Nowadays, Pompeii is famous as the Roman city. Well, the Romans might not have been the first residents of the area. Some of the oldest structures unearthed in Pompeii appear to have been designed by the ancient Greek settlers.
Ancient Greeks ruled and inhabited the city. Historians cannot be sure on the exact dates during which the area was occupied by the Greeks, but there are fragments of a Greek Doric Temple.

No exact date of the eruption

Most of the things we know about Pompeii come from the writings of Pliny the Younger, a Roman writer who provided an eye-witness account of the eruption. He noted the date as August 24th.
Yet, historians say it is up to debate, mainly based on the food and clothing preserved underneath the ash.

Nowadays, Pompeii is the largest archeological site, covering an area of more than 150 acres. In 1997, Pompeii was given the status of World Heritage Site.
The place provides a complete example of Roman life, architecture, community, and history. In terms of history, we can learn so much about the Romans and their life.

Pompeii is not only part of Roman history, it is part of rock history as well. In 1972, the famous rock band Pink Floyd recorded a live performance at the amphitheatre.

Sadly, there was no audience to see it. Yet, filmmaker Adrien Maben brought the vision to life.

Some would say citizens of Pompeii had a Hollywood smile. They had great teeth. When skeletal remains of the citizens were revealed, they provided vital information.
Using different areas of expertise, computer engineering, historians, and doctors, experts came to the conclusion citizens of Pompeii had unbelievably healthy teeth for their time. Apart from a few cavities due to a lack of dental care, they had a really good set of teeth.

Nowadays, we think of graffiti as a modern-day phenomenon. But historians have found hundreds of graffiti in other ancient cities. Pompeii is not an exception. There are tangible testimonies of the citizens everyday life.
The many different graffiti works depict how humans lived at the time.

Eruption of Mount Vesuvius decimated Pompeii. But many farmers could have senses the foreshadowing of the imminent demise. The black soil in Pompeii was indicative of earlier eruptions from the volcano. 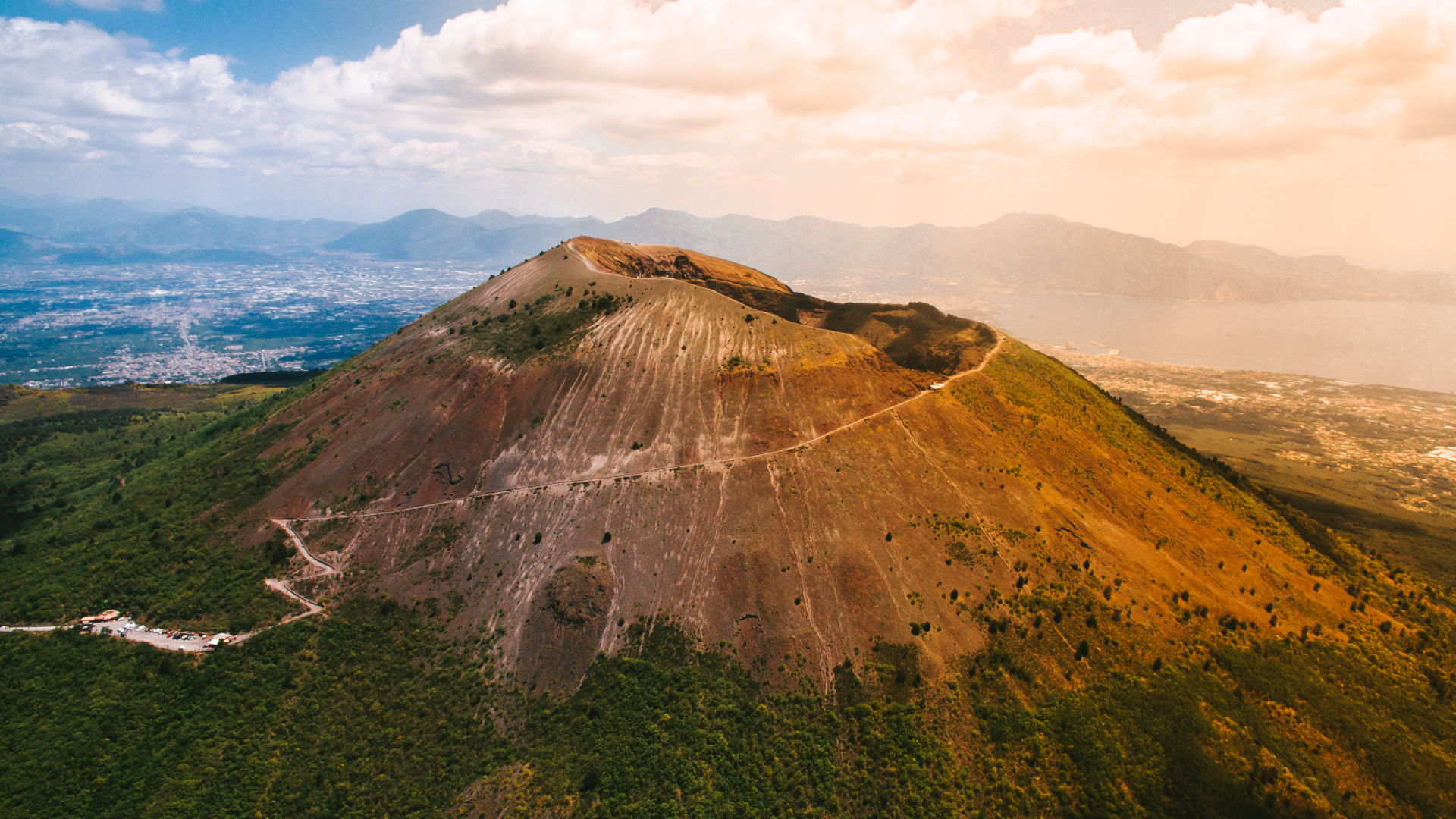 History often repeats itself. And that is the case with Vesuvius. The most recent eruption came in 1944, killing 26 people. Italian authorities are constantly monitoring the volcano’s activity. They have placed strict evacuation procedures in place in case they need them.