To begin this list, and in no particular order, it is only fair if we began with Michael Moore. One of the ten most controversial documentaries is the Fahrenheit 9/11. This is as controversial as the producer of the film himself is. This is because, judging by the behavior of the Republicans, who did little to prove and provide a conviction that this particular film was whimsically untrue. This is because they could not disprove anything that was highlighted in the film. As well, the story was termed by one Swedish newspaper as “extremely efficient propaganda”

The other film that could not fail to impress is the production of the History Channel. This is a film that deserved a better reception than it got. This is because of the criticism that was received here was that the film was biased. This is because there were some of the major events in the US that were ignored in the creation of the film. The other film that was able to hit this list was the Obsession: Radical Islam’s War against the West. This is basically because the film was released during the 2008 elections on the US. This copy was mailed to people in swing states. The controversy with this is that it was meant to persuade the voters to go for the Republican candidates.

In this, Michael Moore makes another entry into the list with the documentary, Bowling for Columbine. This is a documentary that saw Michel Moore make lots of dollars. The criticism that came with this is that the maker was capitalizing on the tragedy that befell Columbine High School on 20 April 1999. In this film, Moore was advocating for an agenda that was meant to ride on the disaster. As well, the other Michael Moore film was Sicko. This was an attempt by Moore to highlight the need for an exposure of America’s ailing health system. This is a film that also saw the Obama healthcare plan receive some form of boost, although it was produces a while before he became president.

Michael Moore is America’s best-known controversial documentary filmmaker of these times. This is because of the inclusion of the other film, Dude, Where’s My Country. This is because the film is has been called propagandist and a disguise of a controversial film. This is because it talks of the ills that have engulfed the American people and terms the cause of the problem as driven by the system as a whole. The Lost Tomb of Jesus is yet another film that has a Moore factor, but this time brings into the fray producers such as James Cameron and Simcha Jacobovici. This was an attempt of the three musketeers to investigate the tomb that is believed to have been Jesus’. Many people have termed the conclusion of the film as inconclusive and not really shocking. Some of the other films that cream the top ten most controversial documentaries are also The History of Sex, The Revolution Will Not Be Televised and Sightings.

It’s been more than 15 years since America experienced one of the biggest and greatest terrorist attacks on its soil. And there are still conspiracies trying to shed some light... 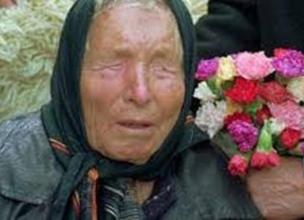 People
Europe will be gone by 2016 - All the prophecies by Bulgarian prophetess Vanga
Prophetess Vanga, or Baba Vanga as she is known on the Balkans, can be easily put in the same sentence as Nostradamus. M...
Flight MH370 conspiracy theories - what happened to the plane?
​One year and one month have passed, and there are still no signs of the Flight MH370 plane. The Malaysian plane is no...
All the theories surrounding the mystery of the Airbus A320 plane crash
Just days after the plane crash, the black box of the plane revealed the cause of the crush. The co-pilot Andreas Lubitz...
The Twin Towers
The Conspiracy