Meet Betty Cohen – The Woman who made the 90’s Awesome 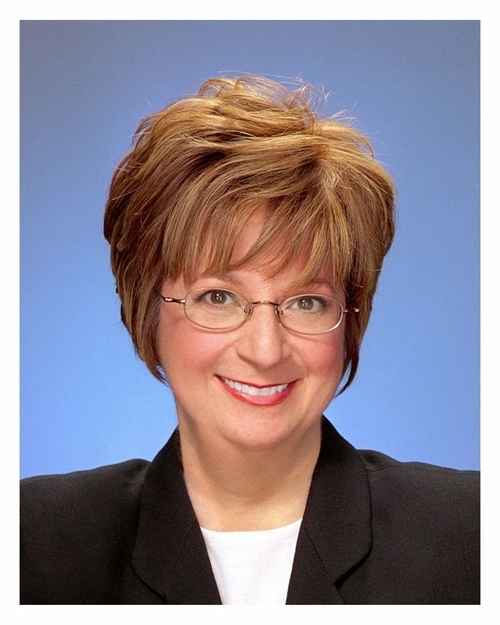 When you think of the 90s, you think of awesome pop music, and great cartoons. Among those cartoons, I am sure many will remember Dexter’s Laboratory as one of their favorites. Well, Dexter was a fan favorite of the woman behind the curtains as well. Betty Cohen, the woman that founded Cartoon Network loved Dexter.

Cartoons from Cartoon Network make us all nostalgic. Whenever you look back at your childhood, cartoons were a huge part of it. The fantastic world they created for us is hard to forget. Today, we take a moment to remember the woman that created Cartoon Network, Betty Cohen. She was the founder and original president of the network from 1992 to 2001. During her time, Cartoon Network became a phenomenon worth more than $3 billion. In 2001, she stepped down.

As with most of us, the great ideas start from our childhood, and the knowledge and experience we accumulate during those years. Betty grew up in Wisconsin, in the small city of Racine. During her teenage years, Betty was attracted by the entertainment industry. Remember, she was born in 1950, so her teenage years included a lot of the 60s. She acted and directed plays, and she even wrote her senior paper on the Children’s television workshop. After finishing high school, she majored in communications at Stanford. She spent one semester in England, and after graduating, she started as a production manager for Public Media Center in San Francisco. During her time in the agency, she learned to see the larger picture.

“I had the perspective to see where the project should head, rather than writing the first draft”, says Betty.

It was that knowledge that helped her make Cartoon Network successful. She started first as manager of marketing in the Cable Health Network in 1982. She worked for Nickelodeon from 1984 to 1988, and got her first crack at cartoons. She joined TNT in 1988. Fun fact: She is known as the woman creating Cartoon Network, but Betty also launched NFL and NBA packages at TNT (Turner Network Television). She attracted male public, which made it easier for her to start Cartoon Network.

The network launched in 1992, with one goal in mind, to become the most creative brand for animated entertainment. Her recipe was using vintage toons combined with original programming. TNT owned rights for Hanna-Barbera, MGM, and pre-1948 Warner Bros. That helped her use Bugs Bunny, Tom and Jerry, and many other historic cartoons as part of the Cartoon Network.

We all remember Dexter’s Laboratory, which was the personal favorite of Cohen. But she was also responsible for many other successful shows. Some of the most popular include Johnny Bravo (the womanizer), Cow and Chicken, Ed, Edd n Eddy, The Powerpuff Girls, Samurai Jack, Space Ghost Coast to Coast, I am Weasel, Courage the Cowardly dog and many more.

Cohen and the fight for diversify

When she first became an executive, Cohen immediately started her fight for women’s rights and diversifies. One of her first decisions was to remove the tagline on Lifetime, “Television for Women”. Her explanation was simple:

“Women don’t want to be told what to think; they don’t want us telling them what is television for women. They want to decide for themselves and we want to be there for them”

he also fought to expand the audience of television beyond the median viewer age of 49. But most importantly, she wanted to understand what draws women to watch television. And she came to the perfect explanation:

“Women want something that informs their own journey, consciously or sub-consciously, when they escape. Society has changed so much there are no more proscribed roles for women. They can do anything they want and that means freedom, but it also means responsibility. They want validation of their own choices. They don’t want lessons, but they do want to relate to dilemmas, stories, and issues. Women refer to their lives as works in progress. They are looking for reassurance. When you lose yourself in a story, sometimes you find your own story.”

When Cohen left Cartoon Network in 2001, she said that she was afraid she would die “the queen of cartoons”. In reality, she became one of the most famous and influential persons in television. She never said “kids network”. She never said “cable network”. She said “world”, she said “brand”. In her own words, you become as big or as small as you define your future.

Her legacy is being named one of the 50 most powerful women in Business in 2000 by Fortune Magazine.

People
Huaxi – Secrets of the Richest Village in China
From the outside, Huaxi is dubbed as a socialist village. But on the inside, it is actually a capitalist corporation, m...
Benjamin Franklin the Inventor
Between running a print shop, starting the first lending library in America, engineering the postal system, and helping ...
Airbus A350-1000: 335 million euros worth plane takes its first flight
The aircraft took its first flight from Toulouse-Bagnac Airport at 10:42 am local time
How Mark Zuckerberg made it to the Forbes Top 10 list?
In May he celebrated his 32nd birthday, and he had some 44 billion reasons to celebrate. That is right, his net worth is...