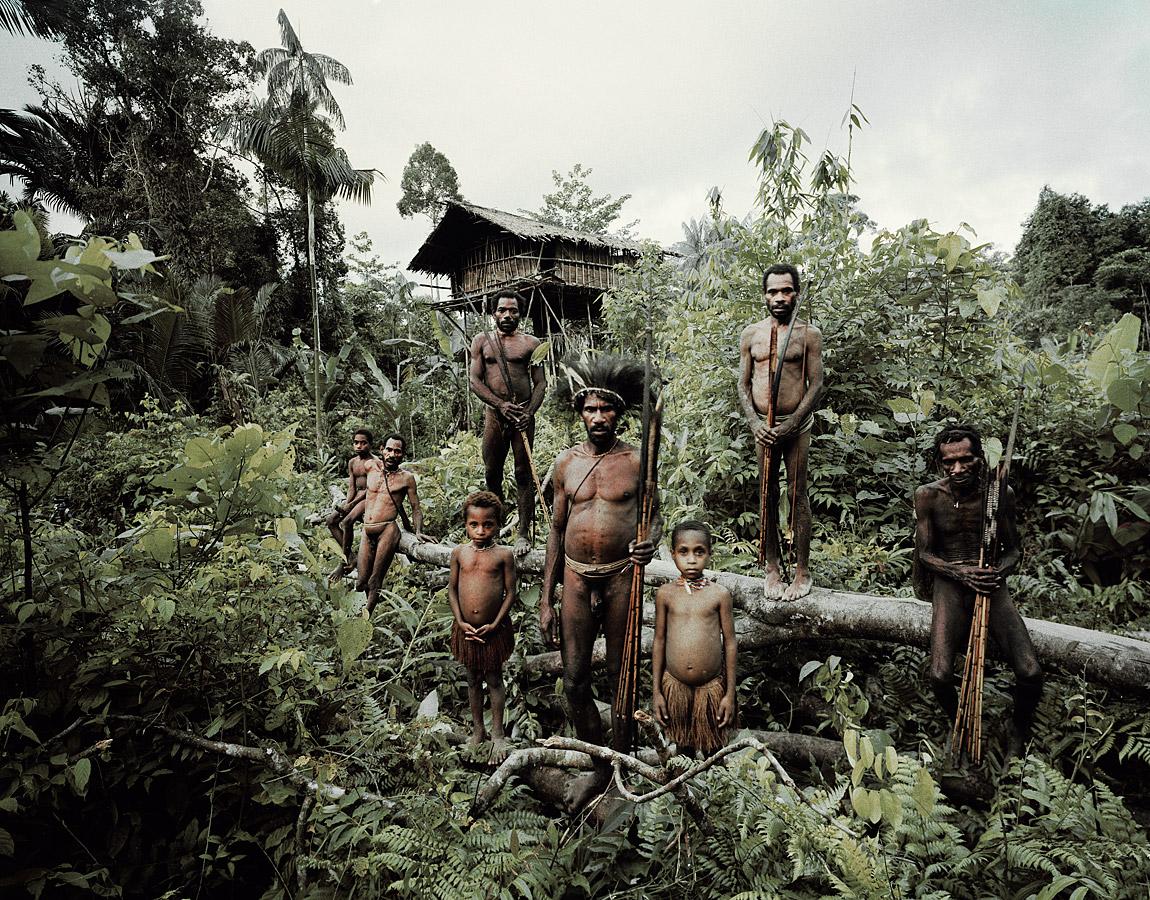 Latest statistics and estimates show that there are 4,000 Korowai people left in the world

The Korowai people live in the Southeastern Papua, a city in the island of New Guinea, the second largest island in the world. The island is a mountainous, sparsely populated tropical land divided between two countries. In the east, the island is controlled by the independent Papua New Guinea, while the provinces of Papua and West Irian Jaya command the west. Entering the area where the Korowai tribe lives requires entering the rainforest. The feeling is like stepping into a giant watery cave, with bright sun above you, but as you go deep into the forest, the tree canopy’s create a verdant gloom. The rainforest is a haunt of killer snakes, lethal microbes, insects and giant spiders. There, high in the trees, lives the Korowai People, one of the last tribes in the world that practices cannibalism, but for ritual purposes. Some Korowai people threaten to kill outsiders the moment they enter the Korowai territory. The reason is simple, the Korowai fear people with pale skin, as some believe they have never laid eye on a person with white skin. For the Korowai tribe, outsiders are “laleo” or ghost demons.

Latest statistics and estimates show that there are 4,000 Korowai people left in the world. Traditionally, they live in treehouses, in small groups of up to 10 to 20 people. They rarely leave the commodity, convenience and comfort of their homes.

In the Korowai tribes, the ruling comes from the strongest among them. Those who are strong enough to hunt and find food, those are the ones who give orders and commands. Since the discovery, some Korowai people live in settlements established by Dutch missionaries.

The Korowai people are hunter-gatherers and horticulturalists. They practice shifting cultivation, and excel in hunting and fishing. They have several gender-specific activities. For example, the preparation of “sago” and everything linked with the religious ceremonies is male dominated activity.

Some people in the Korowai tribe have generated income by working with foreign tour companies.

The discovery of the Korowai People

The first documented contact came in March, 1974. It was then when a group of scientists from the Western world met with members of one Korowai clan.

In the report, Raffaele notes that the Korowai people still live with little to no knowledge of the outside world beyond their homeland.

Religion plays a huge role in the Korowai Tribe. Their universe is filled with spirits, from which some are personal, and others are not. The Korowai pay special tribute and respect to the spirits of the ancestors.

The most important spirit in the Korowai tribe is the Ginol Silamtena, the spirit of the creator, who is included in all daily activities.

Once in the lifetime, every Korowai clan must organize the “sago”, which is a religious festival stimulating prosperity and fertility.

When they are in trouble, Korowai people sacrifice pigs to the spirits of the ancestors and ask for better times.

The biggest aspect of their religion is the oral tradition that includes folktales, myths, charms, totem traditions and sayings.

The Korowai also believe in reincarnation, as they think anyone who has died can be sent back to the world of the living.

There are reports that the Korowai people have stopped the ritual cannibalistic practices due to incidents with the police. 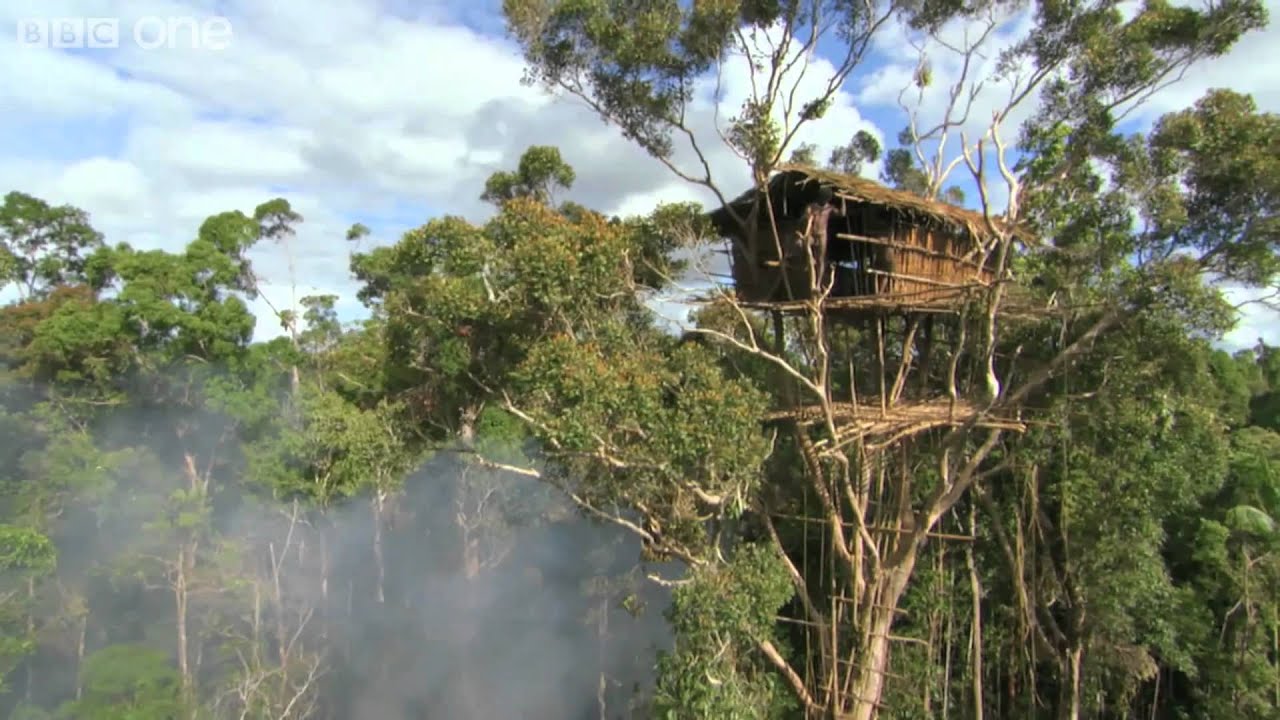 The central pole of the Korowai tree house is a Banyan tree. Once they select the tree, the Korowai people remove the top of the tree. The floor frame is made of branches, and is among the first construction tasks. After the floor frame is ready, builders cover the floor with sago palm. After the floor, the walls and the roof are next on the list, constructed with the same leaves and branches. The main challenge is to make the floor as strong as possible, since the house can sometimes accommodate up to 10 people. From the bottom of the tree house, Korowai people hang a dry tree trunk with notches to serve as transportation from up to down. When visitors come up, the ladder shakes and warns the inhabitants.

The Korowai region is rich with Agarwood, which the locals call “gaharu”. Exploitation of the region started in the 90s, when outsiders found out about the riches of the region. Local Papuan people could sell 1kg of Agarwood for just $4.00 to traders. Afterwards, traders sold the tree in Europe or in the Middle East for price of up to $1,000 for a kg.