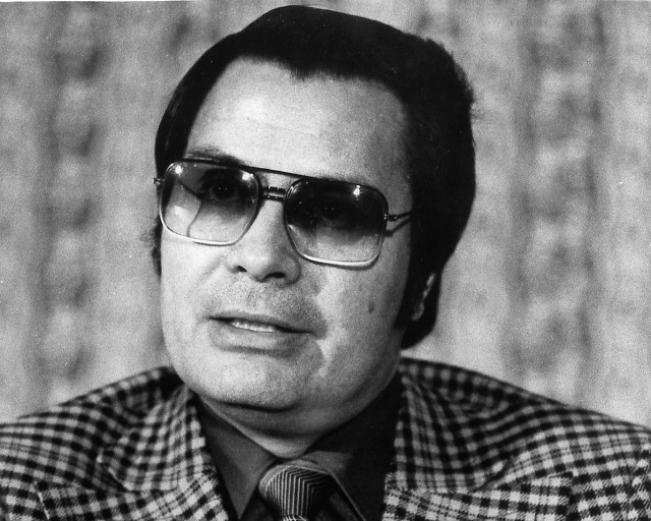 Can you go from a Humanitarian of the year to a mass killer? Apparently you can experience such transformation within two years, and Jim Jones is the perfect example. The 45 year old Jones received the Humanitarian of the Year Award in 1976, and two years later, he organizes a mass murder and poisons almost one thousand people. In order to best explain the transformation Jones went through, let’s look at the chronology and the timeline of his life

May, 1931 – James Warren Jones was born in Crete as a child to James Thurman and Lynetta Jones. Three years later the family moves to Lyn, where the mother works in factories while the father stays close to home following health problems.

1948 – Jim’s mother and father separate, and he moves to Richmond to live with his mother. It is in Richmond High School where Jim Jones receives his and completes his education. He graduates in 1949 and then enrolls at the Indiana University in Bloomington.

June 1949 – Jim and his girlfriend, nursing student Marceline Baldwin get marry in a double ceremony. Marceline’s sister also gets marry on the same day.

1951 – Jim’s father dies, after which Jim and his wife move to Indianapolis. He continues his college education, while the wife works in nursing. In 1952, Jim enters the ministry and starts his work as a student pastor at the Somerset Methodist Church in Indianapolis.

1952 – Jim and Marceline adopt their first child, Agnes Jones. It was the first of many children the family will adopt. Jim is strongly in favor of racial integration. He and Marceline are the first in Indianapolis to adopt an African American boy (naming him James Warren Jones Jr, he was adopted in 1959). The family will adopt three Korean children, one Native American and a handful of other white children. Jim and Marceline will have just one biological child. Jim often referred to his family as “Rainbow Family”, emphasizing the different cultures, skin colors and races.

1961 - Jim is appointed the first director of the Human Rights Commission in Indianapolis. Following an ulcer condition, Jim is hospitalized for one week. He is placed in a black ward as his doctor was of black skin. The mistake earned publicity for integrating the hospital.

1962 – Jones and his family move to Brazil, fearing a nuclear holocaust. They live in Rio de Janeiro where Jim is a part time teacher for English at the University. His Peoples Church in Indiana continues to work without him. Jones makes his return to Indiana in 1963. The family then moves to Ukiah, California in 1965 together with more than 100 Hoosier church members.

1969 - The membership of the Peoples Temple grows to 300 members. In 1971, the Temples uses buses to recruit members, starts buying advertising time on religious radio stations and starts using its political powers. By 1973, the membership grows to 2,570.

1975 – Jim Jones is named of top 100 most outstanding clergymen by the American Life Magazine.

1976 – Jim Jones receives the Humanitarian of the Year Award. He is given the award by the Los Angeles Herald newspaper. In the same year, he is appointed for chairman of the San Francisco Housing Authority.

1977 – Jones moves the temple and its people to a building, a city he named “Jonestown”. The city is located in Guyana, a South American country. The building occupied almost 4,000 acres, but had poor soil and limited sources of fresh water. The city was dramatically overcrowded. Jones preached utopia, and thought his people can farm the land. He was a multi-millionaire, but did not share or use the wealth. He actually lived in a small house with just few luxuries.

1978 – At the beginning of the year, Jim fears that his church and its members are in danger. He preaches danger and threats to the church. In November, Congressman Ryan and media representatives board a plane for Guyana. Four days later, they prepare to leave the country, and Ryan and four other people are killed.

Jones ordered temple members to create a mix that will taste like a fruity cocktail, but will contain deadly chemicals. The ingredients included cyanide, diazepam/valium, promethazine, chloral hydrate and flavor aid of grape flavored beverage. Jim then urged members to commit mass suicide in order to make a political point. Before he urges the members to commit suicide, Jones plays a tape recorder. Some of the quotes of the tape include: "...What's going to happen here in a matter of a few minutes is that one of those people on the plane is going to shoot the pilot. I know that. I didn't plan it, but I know it's going to happen. And we better not have any of our children left when it's over”, "...So you be kind to the children and be kind to seniors, and take the potion like they used to take in ancient Greece, and step over quietly, because we are not committing suicide -- it's a revolutionary act...I don't know who killed the Congressman. But as far as I'm concerned, I killed him... “, "...Lay down your life with dignity. Don't lay down with tears and agony...I don't care how many screams you hear; death is a million times preferable to spend more days in this life...No more pain. No more pain...That's what death is, sleep. Have trust. You have to step across. This world was not our home."

Then, 913 people are killed, 276 of which are children. Some of the temple members drink the poison willingly, while for others, nurses inject the poison into their mouths. Nurses take babies from their mothers and inject the cocktail. Chaos occurs, and Jim is killed by a gunshot. He did not drink the cocktail.

November 1978 – Just days after the massacre, the mayor of San Francisco, appears before a swarm of reporters. The Mayor, George Moscone was one of Jones’s biggest supporters, and he appointed Jim to be the head of the city’s housing authority in 1976. While many argued that Moscone should take blame for the incident, he refused such actions. He had this to say “Anybody who wants to connect the mayor of San Francisco with the slaughter that took place in another continent really is reaching far out -- it must be made very clear that nobody, other than the people directly involved, is responsible to a superior being, and those that are yet to be found, ought to be prosecuted to the fullest extent of the law.

Political
Buzludzha Monument – Abandoned UFO Cold War Monument
The cost of the building process was 14,186,000 leva, which equals to $35 million in today’s rates. The monument was ...
5 Things you Didn't Know About Thor
This is one of the 5 things you didn’t know about Thor, one of the most popular characters in the history and beliefs ...
Civil Rights History: Six women you need to know of
Martin Luther King Jr. might be the first synonym for civil rights, but there were some extraordinary women in the movem...
Top 7 Cruelest Rape Punishments
More than 10 countries around the world punish rape by death