Huaxi – Secrets of the Richest Village in China 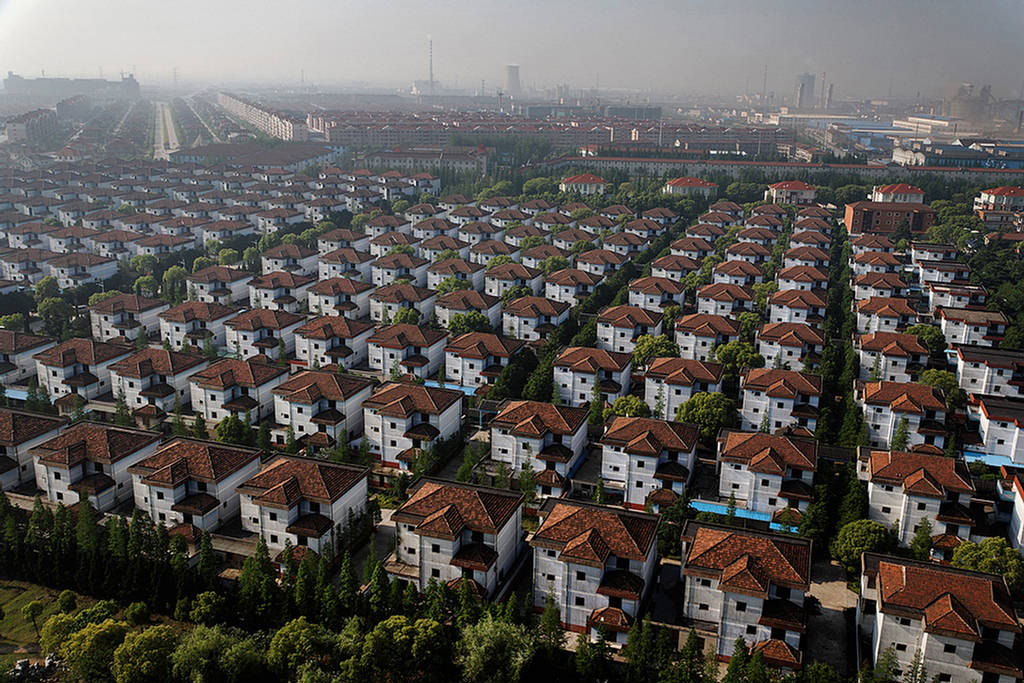 From the outside, Huaxi is dubbed as a socialist village. But on the inside, it is actually a capitalist corporation, managed by Wu and his sons, and with 2,000 shareholders that live comfortably off their dividends

Known as the “number one village under the sky”, Huaxi is thought as the village with the richest people. The village was founded in 1961, but it wasn’t until the 90s that Huaxi bloomed. All the villagers in Huaxi have a wealth of at least $250,000, but they cannot take their treasure outside of the village.

In addition to being one of the wealthiest villages in the world, Huaxi can also be said to be the most controversial one. Why? Well, let’s break it down. There is no clear number how many people live in Huaxi. The tourist information website claims about 650,000. But in reality, there are 2,000 villagers, about 29 nearby villagers, and 20,000 migrant workers.

As we mentioned, the village started blossoming in the 1990s. To be more specific, in 1998. The village had only 600 citizens in the 50s, but thanks to Wu Renbao, everything changed in the 1990s.

Wu started the reform of the village in the early 90s by starting a factory to make fertilizer spray bottles. He was a former leader of the communist party, and knew a thing or two about running a village. Soon after he started the factory, he was making a profit of close to $250,000 per year. By the end of the 1990s, he started 12 corporations in the village, and a stock market. He had factories for fabrics, metals, and much more.

When he started his business, he practiced outward obedience and secret independence, norms set in the communist law.

But he reinvested the profits, and transformed the village into a prosperous city. The culmination of the city’s rise to prominence was the 328 meter high-rise hotel build in 2011. On top of the hotel, there is a statue of an ox made from gold.

In 2012, there was a movie made about Wu Renbao’s life and achievements. The title of the movie was simple, “Wu Renbao”. The movie was given as gift to the 18th Party Congress.

As we mentioned, Wu opened 12 corporations in Huaxi. The village has factories for steel, textiles, and iron. Just to understand how profitable those factories are. The last time the village reported its profit, in 2008, the enterprises brought $7.3 billion in sales.

From the outside, Huaxi is dubbed as a socialist village. But on the inside, it is actually a capitalist corporation, managed by Wu and his sons, and with 2,000 shareholders that live comfortably off their dividends.

And those 2,000 villagers are the ones that are actually wealthy. They get up to $250,000 in dividends. The city’s corporation has way too many investments to count. The managers of the corporation spend their days worrying about investment bubbles.

But not everything is great in Huaxi. The labor force of the village is actually made out of migrants. The corporation employs approximately 25,000 people. They all work high corporate job, and go to work seven days a week. The revenue and earnings of the corporation are not disclosed, so it is hard to know how much they earn.

There are two things to consider. The first controversy is that Huaxi benefits from substantial government subsidies. They include low-interest loans, but village leaders have denied these reports.

The second thing is manual labor. All manual labor is performed by the “proletariat”, thousands of outside workers, mostly migrants. They receive better salaries than workers elsewhere in the world, but they do not share the profits of the corporation. To share the benefits of the corporation, one needs a residence permit, and those are hard to come by. Some experts claim this is exploration because outside workers cannot become local residents. If they lose their job, they are sent home.

What about social life?

Villagers live in garden houses that look like Western-style mansions. They have a food culture that is full of nutrition. And they wear big brand names of fashion. Some tourists even say if Socialism is so good, we want it too.

Gambling and drugs are banned in the village. There are no internet clubs, no bars, no night clubs, no karaoke restaurants, and almost no other entertainment.

If a villager decides to leave the village, he cannot take his treasure with him. Some experts even ask whether the wealth belongs to the villagers, or to the corporation. And villagers cannot talk to foreign journalists.

Almost one third of profit is thanks to the steel industry. The village exports products in more than 40 countries in the world. And it imports some products from India and Brazil.

The next frontier for the village is development of tourism. The village’s officials hope that tourism will bring in more profits, since there are two million tourists per year. The main reason tourists come is to see how this village functions. But they also come to see replicas of famous landmarks. Here are some replicas:

- Visitors can walk on the replica of the Great Wall. The replica is just 2.5 miles long, which is 1,300 miles shorter than the original

- There is also a replica of the Sydney Opera House, but it is not a good imitation

Personal Triumphs
Meet Betty Cohen – The Woman who made the 90’s Awesome
Betty Cohen founded Cartoon Network in 1992, and she brought some of our favorite cartoons to life
Civil Rights History: Six women you need to know of
Martin Luther King Jr. might be the first synonym for civil rights, but there were some extraordinary women in the movem...
Eights Ways IBM Watson makes life Easier
The Watson has come a long way since the win in Jeopardy in 2011.
Five Famous Streets you should Visit
Not all streets are created equal. Some are more beautiful, some serve as a history lesson, and others are just stunning