Hitler's lost testicle, death and all other controversies linked with the Fuhrer 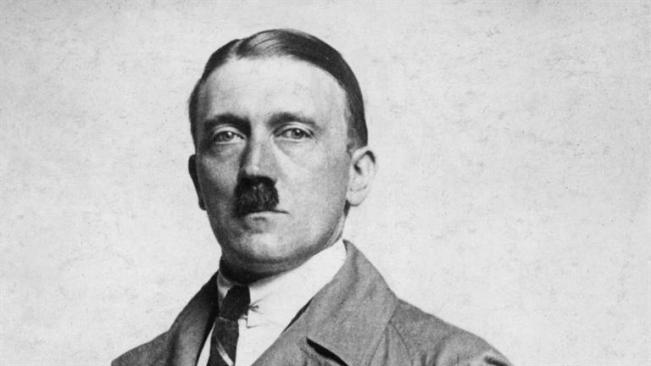 ​An individual such as Hitler, with his magnitude and power is always bound to conspiracy theories and myths

An individual such as Hitler, with his magnitude and power is always bound to conspiracy theories and myths. However, when it comes to the Fuhrer, the number of theories exceeds the normal amount. There are many, if not hundreds of theories linked with Hitler, his death, his life and the mythical figure he was. Here are some of the most popular theories.

This rumor and theory suggests that Hitler didn’t die during the World War II. He actually survived the War, and then escaped to South America.

According to history, Hitler committed suicide in 1945, which ended the War and pushed Germany to surrender. The War ended few weeks later, with the United States dropping nuclear bombs on Japan. However, according to a book by British journalists, Hitler lived a long live and died as an old man in Argentina. Gerrard Williams and Simon Dunstan claim that Hitler lived in Argentina for 17 years prior to his death. In the book “Grey Wolf: The Escape of Adolf Hitler”, the two journalists also claim that Hitler raised two daughters in Argentina. According to them, the Fuhrer died in 1962.

Their theory also suggests that the skull that was identified as Hitler, was actually a skull of a young woman. Historians have used those skull fragments to confirm Hitler’s death of a gunshot.

Hitler had only one testicle

This theory is so popular and famous, that even had a theme song and children sing it in some schools today. The theory suggests that Hitler lost his testicle during the Battle of Somme in 1916. The roots of the theory came from the claims of a medic who saved Hitler’s life in the First World War. There are no evidences of this theory being correct, but the conspiracy theory fits nicely into the mythical figure and all the myths surrounding the Fuhrer.

Hitler was possessed by the Devil

This conspiracy is called “Nazi occult conspiracy” and is one of the few that actually might be true. While believing that Hitler was possessed by the Devil is far-fetched, there are certainly evidences of mythical and spiritual behavior and obsession by the Fuhrer.

There are many occult symbols in the Nazi movement, all of which further prove that Hitler was indeed very interested in the occult and its mysticism.

In 2006, Father Gabriele Amorth, who served as the chief exorcist in Vatican then, made the claims that Hitler and Stalin were both possessed by the Devil.

This theory suggests that Hitler and the Nazi built several UFOs using alien technology, and then hid them in secret bases in Antarctica. While many disclaim this theory, it is easy to see how Hitler could have delved into such behavior. Hitler’s plan was to launch an UFO attack on New York and London with the technology he built.

This theory is tad believable, as alchemy has always been part of our lives. According to the theory, Nazis tried to turn sand into gold using alchemy, and then buried the gold in secret locations.

One of Hitler’s main alchemists, Karl Malchus, convinced Heinrich Himmler that he can turn stones and sand into gold. It didn’t work, and Himmler stopped trying to turn sand into gold. He arrested Malchus, and told him that if he ever spoke of their alchemy tries, he will be killed.

Another theory that has its origin from the occult conspiracy, this one suggests that the Fuhrer was an Avatar of Vishnu, a Hindu God. The rumor was started in 1978, in the book “The Golden Band”. In the book, the author Miguel Serrano claims Hitler was an Avatar of the God, and came to Earth with the sole purpose to establish an ultimate Aryan race. The theory fits nicely with other conspiracy theories surrounding Hitler, such as the theory that Hitler actually used a base on Antarctica to communicate with ethereal beings, ancestors of the Aryan race. According to Serrano, the Nazi developed a range of UFOs.

This is one of the theories that holds the most ground. The rumors that Nazi and Hitler hid their gold towards the end of the war are so persistent, that there are now restrictions for drivers to go near of the two alleged locations.

The first location is the Lake Toplitz, high in the Austrian Alps. The lake is positioned 60 miles from Salzburg, and there are rumors that Hitler hid almost billion of pounds and buried them into the lake. After the war, former SS members tried to locate and find the gold. They employed drivers to look for the gold. The former SS members also were looking for details of bank accounts in Switzerland. Most of the bank accounts are believed to be secret Nazi accounts.

The second location points to Auckland Island being a place where Nazi and Hitler hid their gold. The rumor came out of nowhere. The theory is that a Nazi boat buried the gold into the tiny island. Auckland Island is located few hundred miles out of the coast of New Zealand. There are still people who believe they will find gold there.