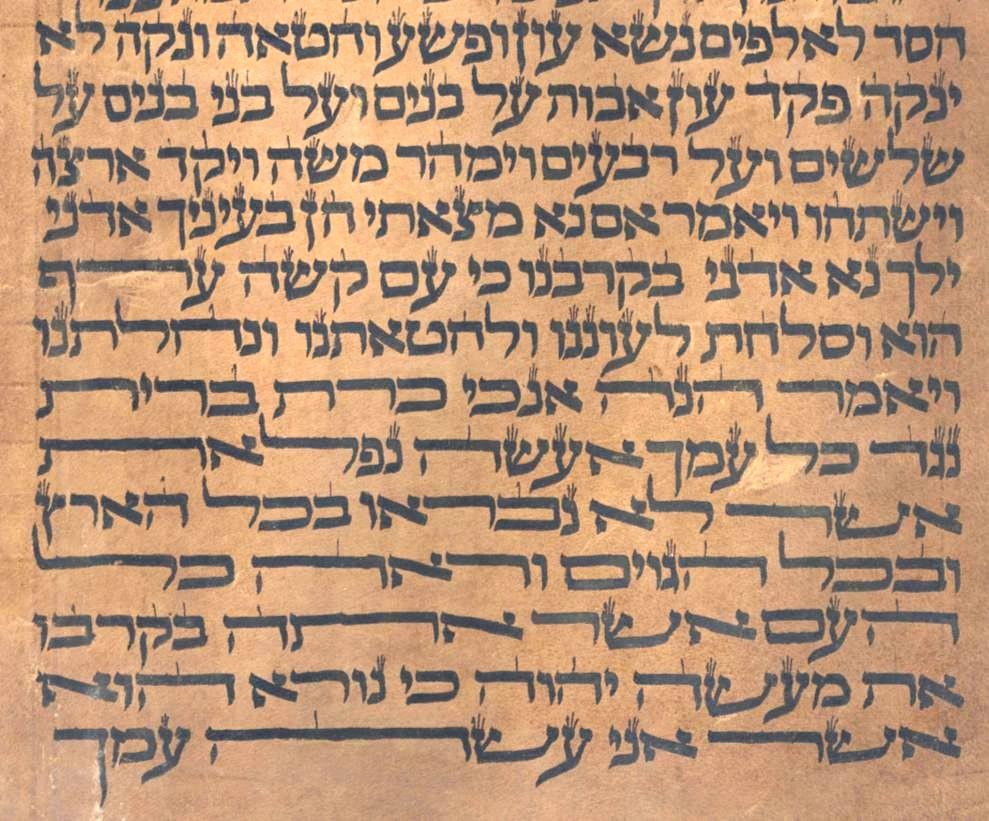 One of oldest languages, Hebrew is the language used for the first five books of the Torah and almost all of the Hebrew Bible. The language actually ceased to exist between 200 and 400 CE. However, it regained its dominance as a common language among Jews

People evolve, and languages evolve as well. Every language evolves to a more modern version of itself, but some languages have been spoken longer than others. And it is only natural, since some civilizations are older than others. That being said, there is rarely a distinct breaking point in which one language develops into the next one. However, the following seven languages have been around since the ancient times. And they are still spoken today, albeit not in their ancient way.

One of oldest languages, Hebrew is the language used for the first five books of the Torah and almost all of the Hebrew Bible. The language actually ceased to exist between 200 and 400 CE. However, it regained its dominance as a common language among Jews.

With the rise of Zionism in the last few centuries (19th and 20th respectively), Hebrew again gained popularity. The language had to go through a revival process, but it is now the native and official language in Israel (one of the two, with the second being Modern Standard Arabic).

There are different versions of Hebrew, and the premodern version of the Hebrew language is used for prayer by Jews. The ancient Hebrew is also studied on some universities, while modern version is the official language by Jews. Few people study Hebrew as a foreign language, and those are mostly Jews or students of Israel and Judaism. Archeologists and linguists that study the Middle East also study the Hebrew language.

Another interesting point about Hebrew is that the modern version is very different from the Biblical version. However, native speakers can understand and comprehend fully the content of the Old Testament.

While Lithuanian doesn’t have as many speakers as other European languages, it is one of the oldest, and the only one remaining from the Indo-European family, keeping most of the Proto-Indo-European features. There are around 3 million citizens in Lithuania that speak the language, and about 200,000 speakers living abroad.

The Indo-European language family is the one that most languages in Europe derive from. The family includes German, English and Italian, but only the Lithuanian retained the main features of the language family. All other languages, gradually lost the shared features. Lithuanian or the Proto-Indo-European language that it derives from was spoken around 3500 BCE. And the same grammar rules and sounds still apply.

Another language that derives from the Indo-European family of languages, Icelandic is part of the North Germanic Branch. What is special and unique about the Icelandic language is that it kept the four-case synthetic grammar that was standard for West European Languages. The language utilizes several assortments of irregular declensions, and also has instances of oblique cases. The Icelandic language is considered a metamorphosis of the Old Norse language. Some natives in Iceland can still read sagas, Eddas and other literary works that are created in Old Norse. The language remained the same, despite the Danish governance that last for six centuries (from 14th to the 20th). It is impressive that the language remained the same, and kept its core values, rules and grammar standards. There are not many speakers of Icelandic, around 320,000 living in Iceland, and around 10,000 living abroad. Most of the foreign speakers live in Denmark, mostly students, and additional 5,000 living in the US.

Basque is the only surviving pre-Indo-European language in Western Europe. The language is a mystery of its own, and few linguists can solve the mystery. The trick with the Basque language is that is natively spoken by people in Spain and France, but it has no correlation with any other Romance langue including French and Spanish. There have been countless of theories regarding which language Basque is related to, but none of them are plausible. The only thing that linguists are certain about is that the language existed before Romans invaded Europe.

There was a time when Basque was considered a sign of separatism, and that was during the period of Francoist Spain and under Restorationist. In the late 1960s, a modern and standardized Basque was developed by the Basque Language Academy. There are five other dialects of the language, three of which are in Spain and two in France. All five get their names from Basque provinces.

The written history of the Finnish language dates back only to the 16th century. However, the spoken history dates much longer, back to the origins of the Finno-Ugric language family. The family also includes Hungarian Estonian and other minor languages.

There are two main characteristics of the Finnish language. The first one is that the language has adopted and borrowed many words from other languages and has managed to retain them in original meaning, much closer than their original language. The second characteristic is that the language modifies and infects adjectives, nouns, verbs, pronouns, and adjectives, and everything depends on the role of the word in the sentence.

Finnish is spoken by people in Finland, but it is also an official language for minorities in Sweden, and is spoken in Northern Norway as well.

Out of the all the ancient languages on this list, Farsi is one of the most widely spoken languages. According to data, there are more than 40 million Farsi speakers in the world, two thirds of which live in Iran, where the language is the one of the official in the country. Other speakers of Farsi live in Afghanistan, Tajikistan, and Pakistan.

Farsi is the language that descends from the Old Persian language. Persian and Farsi are actually the same language, with Farsi being the original and direct descendant of the Old Persian, the language of the ancient Persian Empire. Unlike other modern languages, Farsi, or the modern Persian, has changed little since it took form in 800 CE. For example, speakers of Farsi can easily pick up a writing from 900 CE and understand the content easily, which is something that cannot be said for speakers of modern English when they pick up an original piece from Shakespeare.