Glimpse into the Amish Community 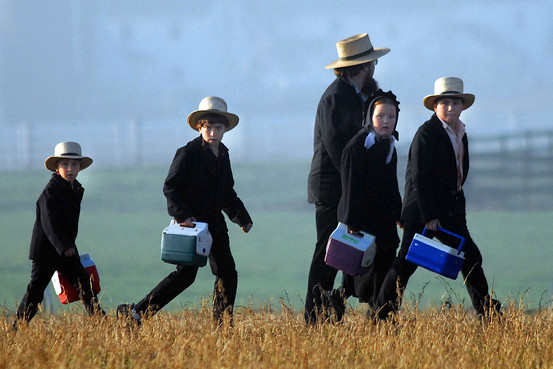 As a strict community, they have a couple of rules that fellow members of the community must abide to. And while people have some weird ideas about Amish life, they are not as strange as you might assume

The Amish are a group of traditionalist Christian church fellowships with Swiss and Alsatian Anabaptist origins. They believe that God has a personal and abiding interest in their lives, families, and communities. Amish people live in a simple manner.
As a strict community, they have a couple of rules that fellow members of the community must abide to. And while people have some weird ideas about Amish life, they are not as strange as you might assume. For example, yes Amish people use toilet paper. They use most modern inventions, even some technological ones, for example the diesel generator.
The Bible is the premier book for members of the community. The difference between Amish people and other Christians is that Amish people have a strict view on the Bible. They interpret it literally. Members of the Amish community start reading the Bible very young and continue reading it every day until their death.
With that in mind, here are some fun facts about Amish people, rules, traditions, and rituals. 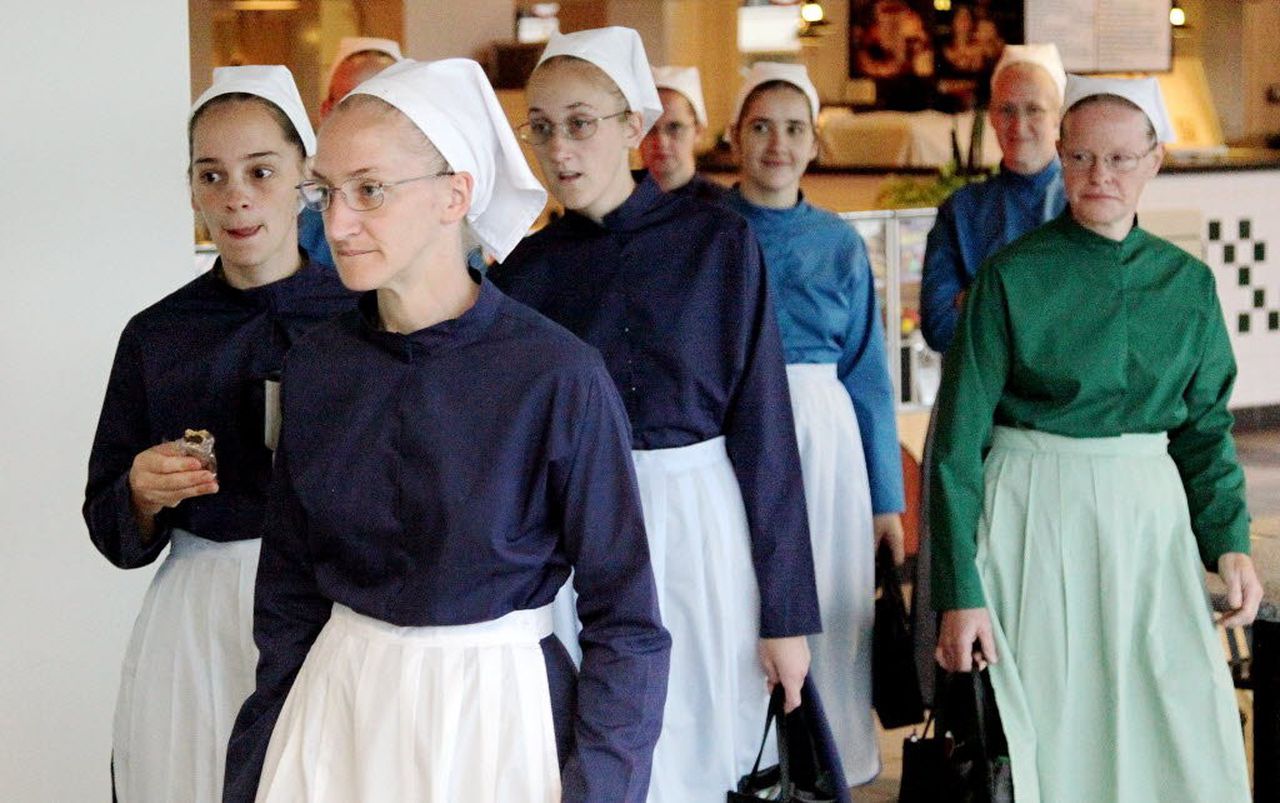 Why is that? For starters, Amish people consider buttons a luxury. That is why women avoid them. But buttons are also a symbol of being able to slip off any item of clothing easily. Because they cannot wear clothes with buttons, they often wear pins to hold together their clothes. This makes it hard to slip off.
And because they value modesty, they avoid wearing provocative clothes. Garments should cover their bodies and sleeves should be until the elbows.

We talked about the clothing, but let’s talk now about beauty rituals and practices among Amish women. For starters, they never use makeup, not even blush, lip gloss, or any light foundation.
In that spirit, they also have to avoid accessories. Jewels are forbidden. Instead, Amish women use their money to feed their huge family.
And according to the bible, “women should cover their heads”. Amish women follow this rule without any questions and keep their hair in a bonnet. So, they do not care about bad hair day.
And they also have to keep their hair. They cannot cut their hair. But because of their bonnet, you will never see a glimpse of their long locks.

Growth of the community

In the Amish community, no woman must be childless. The thought of being childless or not wanting a mother is a sin according to the Amish rules. They must have several children, not only one or two.
As a result, the Amish are one of the fastest-growing population groups in America. Their population has grown from 5,000 in 1920 to 300,000 today. Their belief in large families is what drives the population growth.

Amish life is governed by the Ordnung. It is a German word for order. While their rules vary from one community to another, most groups forbid owning automobiles, tapping electricity from public utility lines, owning a television, radio, computer, and more.
They do not consider technology evil in itself. But they do believe that technology has potential to bring assimilation into the society. They fear mass media will introduce foreign values into their culture.
And they have a reason for why they avoid technology. For example, cars would pull the community apart because of its mobility potential. By using horse and buggy transportation, they keep the community anchored in its local geographical base.

This is one of the most famous aspects of Amish social life. This is how Amish people view dating. Rumspring, which means “running around”, is a ritual that happens when you are 16. 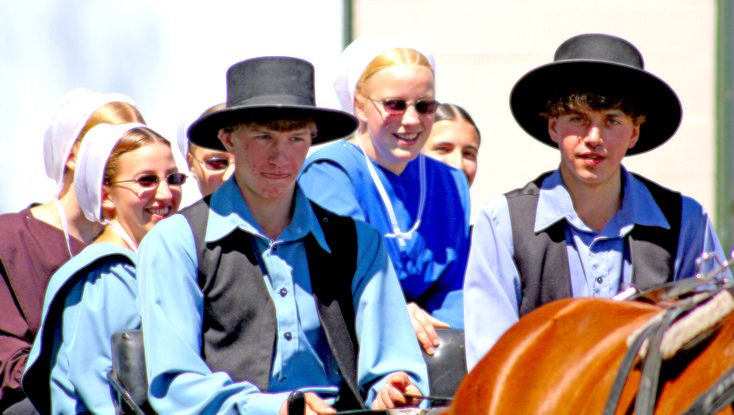 This is when youth socialize with their friends on weekends. And it always end with marriage. During the tradition, the community introduces young men and women to one another. During this period Amish youth has to decide whether they will join the church or leave the community.
Some outsiders see it as the “ultimate free pass to partying”. Boys and girls get free reign to party and their parents turn a blind eye. They are free to test out technology, drink, and see if they want to return to their Amish roots. Nearly 90% of Amish kids come back to the community.

Here is another strange ritual in the Amish tradition. Because people are supposed to be innocent and maidenly before marriage, women have to find ways to keep themselves active. Premarital sex is a big NO.
Before marriage, every woman and man go through the ritual called “bundling”. They lie in bed together, separated by a wooden board all night and talk to get to know each other.

Women have found a loophole by using adult toys. It is not against Amish religion.

This is one of the creepy accessories you will find in the Amish community. The Amish have faceless dolls. And there is a reason why are they like that.
Amish women cannot get caught up in their vanity when the dolls are faceless. It is a bit extreme, but that is how it works.

Photos are selfies are banned

Amish people believe that photos and selfies are “graven images”. You will have hard time finding an Amish person posing for a photo. Yes, it might be harmless for you. But that is not how it works for him/her.
Some might agree as long as the images are not posted. They believe photos are graven images and makes the subject an idol. It is against their beliefs.

If you think weddings are expensive, you haven’t seen an Amish one. These weddings are some of the cheapest on the planet.
With no technology, internet, or any modern type of living, Amish people do not wear fancy dresses. The bride makes a dress by herself. She gets to choose the color of her dress. Between 200 to 600 people attend the wedding. 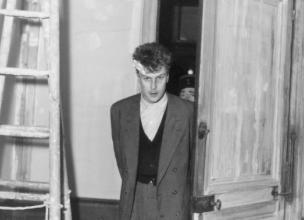 Religion
Jacques Fesch – From Murderer to Mystic
Jacques Fesch was born in April 1930. A proposal for his beatification was submitted in 1993, and has yet to be resolved...
Who are the Mennonites?
Mennonites are Anabaptists, a faith stream within Christianity. They are often mixed with Amish people, but there are di...
Sharia Law – What Does it Mean for Women in Afghanistan?
After regaining power in Afghanistan, a Taliban spokesman said, "We are going to allow women to work and study within ou...
Al-Aqsa Mosque – A Central Part of the Israeli – Palestine Conflict
Under the contract, the Islamic committee known as Waqf, financed and controlled by Jordan, continues to operate with th...