Four of the Best Sports Documentaries from the Current Decade

In 1992, a group of young, talents players (Including David Beckham, Ryan Giggs and Paul Scholes) were promoted from the Manchester United youth set-up into the first team by legendary manager Sir Alex Ferguson. Over the next ten years, that Manchester United side enjoyed the most successful period in English football history, with that group of youngsters forming an important nucleus within the team.

The film looks at each player individually, detailing their early life, how they found themselves at United and looking in detail at some of their most memorable moments at the club. It does a fantastic job of highlighting the friendship and comradery the group brought to the squad and still enjoy to this day. There plenty of humorous and informative anecdotes that would keep even the most casual sports fan thoroughly engrossed and whether you are a Manchester United fan or not, it’s well worth a watch.

An extremely clever aspect of this film is the way it is structured. When this documentary was made, Usain was already a World Record holder and one of the greatest Olympians of all time. However, the first moment of action we see, is probably the only moment of disappointment in Usain’s career, when he false-started at the 2011 World Championships, putting the audience immediately on the back foot, setting us up beautifully to enjoy the glory that was to follow.

We are taken on a journey back through Bolt’s career, from his childhood and junior successes, right through his rise to stardom. We are given an in-depth look into his lifestyle, how he lives, how he trains and how he treats the people around him. Everything Usain says and does is captivating and you really get that sense with this documentary. You don’t just see him as an athlete, you see Bolt as a friend, a family man and a role model.

No sportsman has provoked more emotion during their career than Lance Armstrong. The former seven-time Tour De France winner was once considered an American sporting hero, both for his road racing accomplishments and for his tireless charity work. However, after his admission of doping during his entire cycling career, what followed was a meteoric fall from grace, which is fully depicted throughout this documentary.

The film was initially commissioned to be about Armstrong’s triumphant return to professional cycling in 2009, but once the truth became apparent, the purpose of the documentary changed and Armstrong himself gives in-depth interviews, detailing how he and his team deceived everyone within cycling and the sporting world. It’s shocking, enthralling and extremely watchable.

This award winning documentary follows the life and death of Ayrton Senna, who is widely regarded as one of the most talented and exciting racing drivers ever to grace Formula 1. The documentary transmits the high-octane environment that comes with motor racing, with the majority of the film made up of old footage of Senna’s most important moments on the track, edited together to great cinematic effect.

This is an incredibly emotive film. We really get a sense of the joy Senna got from motor racing, the excitement people got from watching him race and the overwhelming shock and sadness when he tragically lost his life, following a terrible crash in 1994. Its little wonder this documentary has won awards and accolades from film festivals and critics around the world. A must-watch film, gripping from start to finish.

Haarlem is just a small city outside of Amsterdam. There was a time when the city was major North Sea trading post surrounded by a defensive wall. Nowadays, it is just a reminder...

22:38
Personal Triumphs +1
From the Hood to the Hardwood

Many young people dream of playing in the NBA. For many Americans, playing in the National Basketball Association is the dream come true. But not all make it there. Every year, 6...

Mo Farah has won four gold Olympic medals, and four World Championships gold medals. He is arguably one of the best marathon runners of all times. The years and the opponents mig...

When the Boston Celtics won the title in 2008, KG screamed “Anything is possible”. And for 21 years in the NBA, Garnett echoed those words in every single game.Garnett entere... 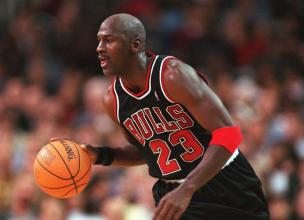 Sports
Michael Jordan, the Stories Proving he is not a Human
It’s been almost 20 years after his retirement (not counting the Wizards years), and yet we have yet to see a player d...