Everything you need to know about Babylon, the legendary capitol of ancient Mesopotamia 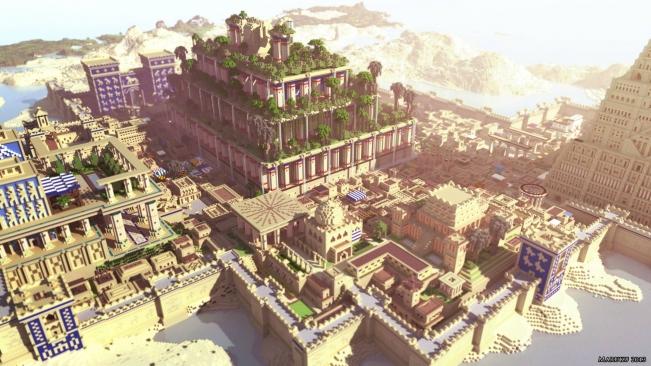 The ancient city of Babylon produced the First Written Law and the Hanging Gardens, one of the Seven Wonders

Babylon was founded 4,000 years ago, and the ruins of the city are still considered one of the most beautiful, mythical and magical places in the world. Over the course of history, Babylon was the capitol of 10 dynasties in Mesopotamia, and many others. The ancient city is considered the earliest cradle of civilization, as well as the birthplace for literature and writing. Babylon is also home of the Hanging Gardens, one of the Seven Wonders of the Ancient World. However, years of plunder and conflict have sent Babylon into the history. Nowadays, only ruins remain.

History of the City

According to historians, the first ruler of Babylon was Sargon of Akkad. He built the city, digging up the dirt of the pit. He was among the first rulers in Mesopotamia, and he ruled until 19th century BC. By that time, most of Mesopotamia was occupied by Amorites, a nomadic tribe. Unlike advanced Mesopotamians, Amorites did not practice agriculture. They preferred a semi nomadic life, which included herding sheep. Another source about the founder of Babylon is the Book of Genesis. According to the book, the biblical king Nimrod was the original founder of the ancient city. But the more likely and plausible historic scenario is that Amorites rose to prominence, and established many cities as states, founding Babylon in the process. There are different periods in the history of the city.

The first, Old Babylonian period was established by the Amorites, and their chieftain Sumu-Abum. He declared independence, and in the beginning, the city was a minor city-state. Babylon controlled little surrounding territory in this period, and the first four rulers did not assume the title of “The King of the City”. Babylon was in the shadow of more powerful states and cities, up until it became the capital of Hammurabi’s Babylonian Empire. That was the period between 1792 and 1750 BC. What is special about the period is that during this time, Hammurabi codified the law of the Empire into the Code of Hammurabi, which is considered the first written law. During this time, Babylon also became the major religious center in the country.

The Assyrian period of Babylon starts in 1595, when the city was overthrown by the Hittite Empire. The dynasty lasted for more than 400 years, and during that time, Babylon was renamed to Karanduniash.

After getting freedom from the Assyrian empire, Babylon became part of the Neo-Assyrian Empire, which lasted from 900 to 600 BC. The city was in constant revolt, and in 689 BC, the walls, palaces and temples of the city were razed. The destruction of the religious part of the city left many in shock.

The period that followed was the Neo-Babylonian Chaldean Empire, the first time in a while that Babylon escaped Assyrian rule. Babylon was again the capitol of the empire, which sometimes was called Chaldean Empire. With its newly found independence, the city began to flourish once again. Architectural activity rose, and king Nebuchadnezzar II ordered complete reconstruction of the city. During this time, the Ishtar Gate was constructed, one of the eight most prominent gates in Babylon. A replica and reconstruction of the gate is found in the Pengamon Museum in Berlin. Nebuchadnezzar is also the one who constructed the Hanging Gardens of Babylon, one of the Seven Wonders of the Ancient World. Sadly, the Chaldean Empire did not last for long.

Babylon fell to the Persian Empire in 539 BC. Persians and their king Cyrus devised a plan to enter the city through the Euphrates River. Cyrus permitted captive people to return to their lands. Under Persian rule, Babylon became the center for learning and scientific advancement.

In 331 BC, Alexander the Great conquered Babylon, bringing the Hellenistic culture to the city. Under his ruling, the city again flourished as a center of commerce. After the death of Alexander, his empire was divided, and a decade of fighting over Babylon began.

Nowadays Babylon is part of the Muslim culture, but the Muslims first came to Babylon in the mid-7th century. It was a period when the country was invaded by the Muslim Empire, after which a period of Islamization followed.

The first written law is established in Babylon by King Hammurabi. When he wrote down the laws for behavior in the city, and called them the Hammurabi’s Code, it was the first time in history that the law was written down. The Hammurabi’s Code is recorded on clay tablets and tall pillars of stones.

The code consists of 282 written laws, many of which are specific. The laws include governing commerce like trade, rental rates, wages, sale of slaves, but also governing criminal behavior. The code also included laws for adoption, marriage and divorce.

The Hanging Gardens are one of the Seven Wonders of the Ancient World. They were built by King Nebuchadnezzar II. The gardens consist of large series of terraces rising up to 75 feet high. All the terraces were covered with flowers, plants and trees. The location of the Gardens is not established definitely, as they are mythical and mysterious.

The gardens were described by all visitors to the city. According to many sources, they were built in the Ancient city of Babylon, which is near present day Hillay.

One of the legends says that the King built the gardens for his wife, Queen Amytis. She missed the greenery of her homeland. Amytis was daughter of the king of the Medes, who married his daughter to Nebuchadnezzar in order to form an alliance. The Babylonian King made sure that his wife feels like home. He built the gardens after the queen started feeling homesick. Additionally, he also built a palace that is now known as “The Marvel of the Mankind”.

Saddam Hussein was one of the many people who were impressed by Babylon and its mythical powers. Hussein was obsessed with the city, trying to build a replica of the palace of Nebuchadnezzar II on top of the ruins. He began building the modern palace after the Gulf War, in the early 1980s. Saddam’s obsession was with the Ancient King of Babylon as well as with the city. He wrote inscriptions on the bricks, including "This was built by Saddam, son of Nebuchadnezzar, to glorify Iraq."

He installed a huge portrait of Nebuchadnezzar and himself at the entrance of the city’s ruins. Aside from placing inscriptions on the bricks, Saddam also stamped each individual brick. After the fall of Hussein, the bricks are part of a collector’s item and are restored to the original state.

US Forces and Babylon

The US forces stationed in Iraq have a huge influence on the historic place. The military was being criticized for building a military base on the ancient ruins. The US forces built the base following the Iraq War. According to archeologists, the US troops have caused irreparable damage to the ancient city.

When the US troops occupied Iraq after the War, they wouldn’t let anyone into the historic place.