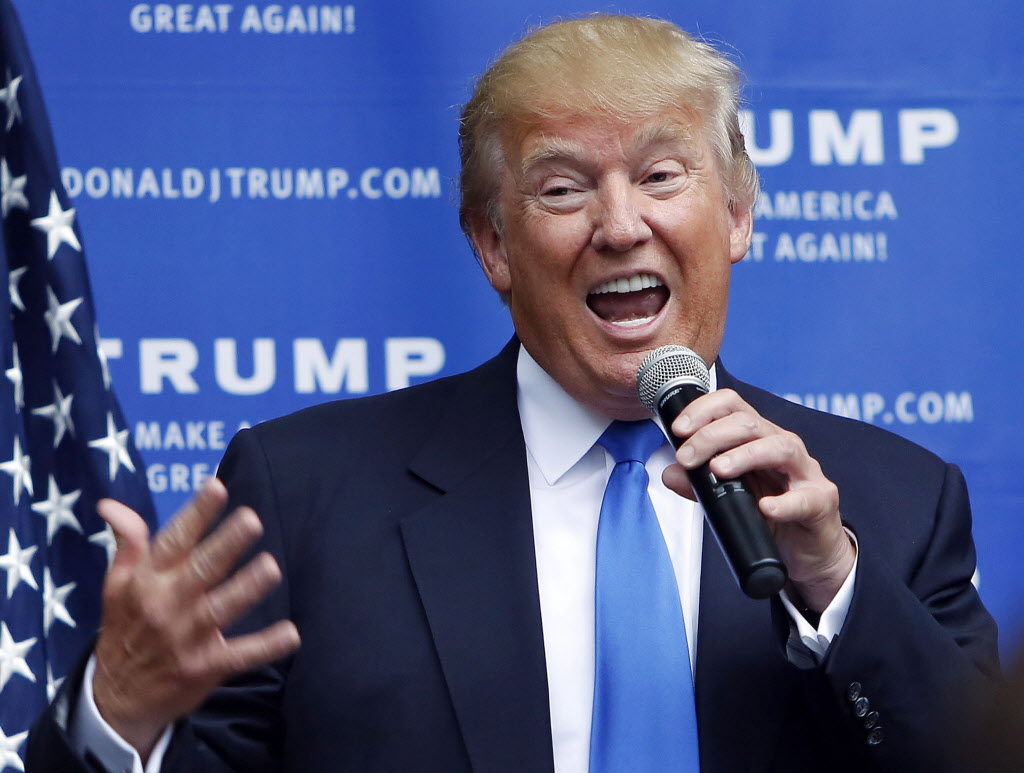 Before the official candidacy, and after, Trump’s campaign has been marked as “politically incorrect”

On June 16, 2015, Donald Trump announced his official bid for the 2016 presidential campaign. He declared his presidency by stating he Will Make America Great Again. Before the official candidacy, and after, Trump’s campaign has been marked as “politically incorrect”. Over and over again, Trump has made numerous controversial comments about America, its leaders, Muslims, immigrants, refugees, China and his opponents. These are the 10 most controversial quotes and comments from the Republican Party presidential candidate.

Back in 1990, in an interview with Playboy, Trump spoke about the death penalty and policing. It is one of the most controversial interviews in the history of Playboy, and Trump sure made the most of it. He started his comment by saying he hates to see the country go to hell, and that America is laughed by the rest of the world because of its policy and death penalty. Back then, Trump was vowing for the death penalty to be back, and said he got more than 15,000 positive letters on the penalty. And when the reporter asked him whether he believes in eye for an eye, Trump had the following to say:

- When a man or woman cold-bloodedly murders, he or she should pay. It sets an example. Nobody can make the argument that the death penalty isn’t a deterrent. Either it will be brought back swiftly or our society will rot away. It is rotting away.

When launching his bid for presidency in June 2015, immigration was one of the key points in his speech. Speaking on Mexican immigration, Trump said:

Since then, Trump has been heavily criticized by the Latino community in the United States, but the presidential candidate has defended his comments several times. Forbes even run a data, debunking Trump’s comments, stating that the crime declined for 48% from 1990 to 2013, even though the immigration has tripled. Out of the Latino votes, data shows only 18% take him seriously, but the Republicans believe he will win the Latino vote.

Trump’s anti-Latino comments cost him business partners, including NBCUniversal, the TV that aired his reality show, “The Apprentice”.

Following the Syria war crisis and ISIS, Trump has made a number of comments on Muslims. But none of them was as outrageous as the one he made in December. Trump started that without looking at polling data, it is obvious to him and anybody who is smart enough to understand that the “hatred is beyond comprehension. He then continued, stating that:

- Until we are able to determine and understand this problem and the dangerous threat it poses, our country cannot be the victims of horrendous attacks by people that believe only in Jihad, and have no sense of reason or respect for human life.

Trump has also reminded people that Muslims cheered as the towels fell in New York on 9/11, the event that changed the course of history and American foreign policy.

Trump is one of the presidential candidates that believes China is way ahead of US, not only in terms of technology, but in leaders and everything else. He believes that the US is in trouble, because China will soon become the No.1 power in the world if the US do not do something.

Going deeper into the China matter, Trump doesn’t believe Chinese people are stupid. He actually likes China, and one of the reasons is that he is able to make money out of Chinese people. Showing his humorous side, Trump said:

- Hey, I'm not saying they're stupid … I like China. I just sold an apartment for $15 million dollars to somebody from China. Am I supposed to dislike 'em?

When trying to compare American leaders to Chinese leaders or leaders from other countries, Trump used a football analogy. And why wouldn’t he? After all, football is No.1 sport in America. But his comments were cruel and aimed to marginalize other candidates.

- Take the New England Patriots and Tom Brady and have them play your high school football team. That's the difference between China's leaders and our leaders.

Over the course of the presidential campaign, Trump took several hits at Hillary Clinton. Clearly, Trump believes Hillary is one of his strongest opponents, and he is trying to discredit her as much as anything. But the one thing that got people’s attention is when Trump tried to sexualize Clinton, saying that she is not fit to lead the country.

- If Hillary Clinton can't satisfy her husband what makes her think she can satisfy America?

Clearly referring to the Monika Lewinsky scandal, Trump later deleted the tweet. However, that hasn’t stopped him to send cheap shot after cheap shot at Hillary, once even stating that Clinton was demolished during the 2008 Democratic party elections.

Another comment that comes from the 1990 Playboy Interview, Trump suggested a way to tax incoming products to the US, and make new allies. Since then, however, Trump has changed his tax policy. But back to the comment, Trump said:

- I’d throw a tax on every Mercedes-Benz rolling into this country and on all Japanese products, and we’d have wonderful allies again.

Speaking of Trump’s tax policy, the main approach is to reduce seven income tax rates to just three: 10, 20 and 25 percent. Compared to the top rates of now (33, 35 and 39.6 percent), Trump is speaking of lower rates.

As mentioned, one of the aspects of his campaign is “politically incorrect”. And Trump believes he is the man to save America because of one single reason, he is rich. The Republican presidential candidate believes he can make America rich again. To validate his statement, Trump said the following:

- I'm really rich. I'll show you in a second. "I don't have to brag but that's the kind of thinking our country needs. ... We got to make the country rich.

He then stated that his Net worth is $8.7 billion.

Several times, Trump throw a cheap shot at president Obama, criticizing his Obamacare, his foreign policy, his domestic policy and much more. But the most controversial comment when Trump said Obama is a cheerleader, and not a good one.