Common misconceptions people have about Hinduism 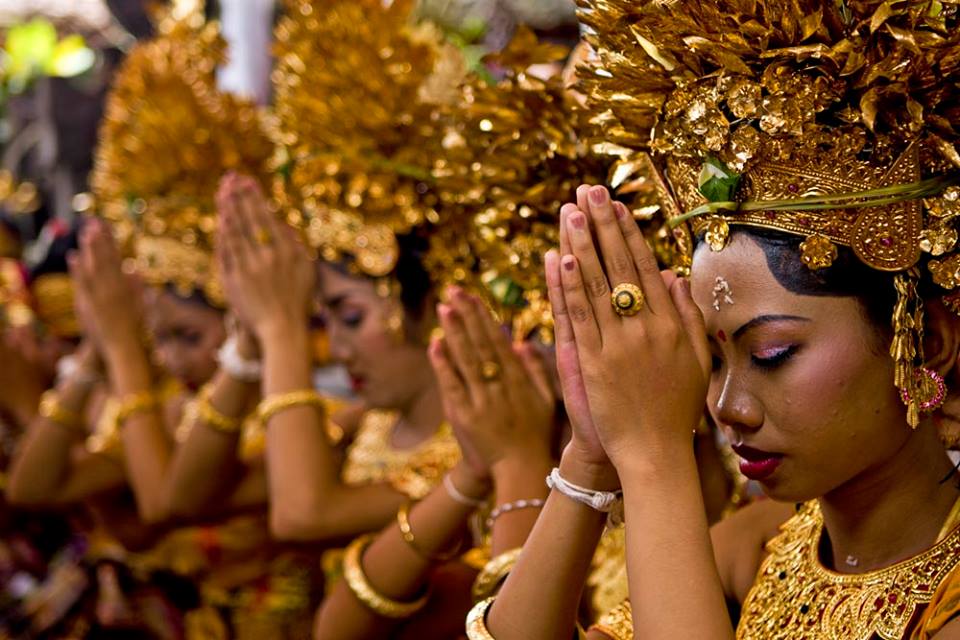 By the numbers, Hinduism is the third largest religion in the world with more than 1 billion followers, yet Western people still don't understand it

According to latest statistics, there are nearly one billion people that believe in Hindu religion. The number of worshipers of Hinduism will cross 1 billion any time now. At the moment, 14% of world’s population is Hindu worshipers.

Most of the followers are in India, where Hinduism is the dominant religion. Aside from India, Hinduism is common in Nepal and Sri Lanka (among Tamils). After Christianity and Islam, Hinduism is the largest religion. Let’s take a look at some of the misconceptions western people have about Hinduism.

Not all Hindu people are vegetarians

One of the biggest misconceptions is that all people that follow Hinduism are actually vegetarians. The reality is that Hindu people practice vegetarianism, but that is exclusive or obligatory. The reason for popularity of vegetarianism among Hindu people is because they believe “animals are sentient beings”. Because of this, Hindu people refuse to eat meat.

However, statistics show that only 30% to 35% followers actually practice vegetarianism. Others treat themselves with occasional meat. What is true though, is that the minority of Hindu vegetarians actually makes the majority of worldwide vegetarians. According to stats, more than 300 million people in the world are vegetarians, and large number of those are Hindu followers.

One of the principles worth mentioning is “spiritual belief of ahimsa”. This principle preaches for nonviolence against all living things. Negative karma follows after slaughtering and consumption of meat products, but not all Hindu people follow this rule.

Hindu people do not worship idols and cows

Let’s group this misconception together, as people like to joke about Hindus that they are idol and cow worshipers. Let’s start with worshiping of idols. You’ll never hear a Hindu say that he/she is worshiping an idol. According to their belief, idols are “physical representation of God”. The idols worshiped by Hindus are different, and chosen because of their representation. For example, when starting a new business, Hindus worship Ganesh, who is the elephant god representing success. The irony is that even Western people buy elephant figurines for success.

Now, for the cow aspect, Hindus regard all creating and life as sacred, including cows. They believe living beings, cows included, have a soul. However, cows hold a special place in the Hindu society, as they are seen as maternal figures that provide milk. Cows are honored for their value, not for their religious and mystic meaning.

Hinduism is not an organized religion

Let’s clarify first what an organized religion actually is. Organized religions have one particular leader of the faith. For Muslims, that is Allah, a singular representation of God. Christians believe in the Holy Trinity of God, which is God the father, Jesus Christ his son, and the Holy Spirit. Buddhism has Buddha. Hindu people have no particular leader of the faith, meaning that their religion is not organized.

Hinduism has never been powered by any sort of empire. Hinduism was never organized, and never in the history of the religion, has it spread through political influence or religious teachings. Hinduism has evolved into a list of teachings. There is no founder, no specific origin date, and no leader of the faith.

Long ago, back when society was divided into upper and lower classes (aristocrats and slavery), a group of upper-class priests and rich people in India decided to create a new social hierarchy system. The system was called the caste system, and it is one that still holds ground today. The tragic is that the caste system has been associated with Hinduism, not the culture. Caste system was a cultural brainchild, never a religious rule. The discrimination that comes from caste is rooted in the culture of India.

Modern Hindus argue that caste-based discrimination should not be religiously sanctioned. According to them, the discrimination is not intrinsic to Hinduism.

Hinduism does not support Nazism

The origin of this misconception is the fact that Hindus use the swastika, a symbol that became the part of a social stigma. The history of swastika in South Asia dates back to 4,000 years ago, long before Hitler and World War II came. 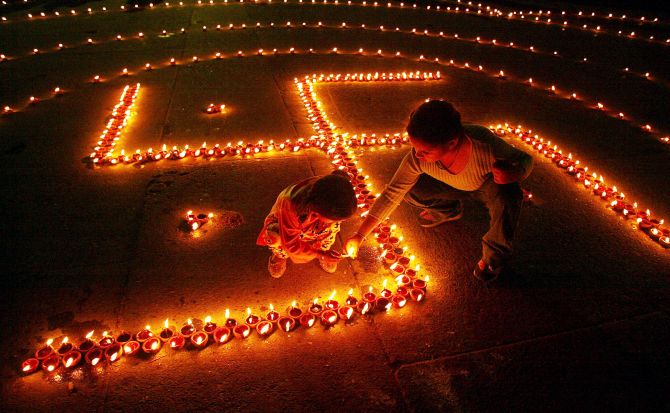 Tragically for Hindu people, during the Nazi era, in the late 30s and early 40s, Hitler decided to pervert and misuse the swastika in his goal for world domination. In Hindu culture, the swastika is a symbol for “beginning of life and swirling out into all the ends of the universe”. Or in other words, the swastika promotes life, not murder.

That red dot on the forehead is not a marriage ring

Truth be told, sometimes, the red dot is a symbol of marriage for Hindu women. But that tradition is long gone. The dot is called “bindi” and now serves as decoration. Single and married girls and women wear dots of all colors as fashion statements.

Bindis nowadays have more of a spiritual role, than of a marriage role in Hindu culture. Per tradition rules, bindi is made with vermilion powder, and drawn above and between a woman’s eyes. The bindi was a symbol of love and prosperity. For those wondering why that spot, the area is related to the third eye. In Hindu culture, the third eye is considered to be the spot where a person loses his ego. That being said, when entering a marriage, one has to lose his ego and focus on the togetherness. There are 330 million Hindu Gods

Hinduism is not a monotheistic religion. In Christianity and Islam, there is only one god. Hinduism is polytheistic religion, and the belief is there are many gods. But there are not 330 million gods. Hindu people relate to God in the way they like it, and the way it suits them best. The three main manifestations of god are Shiva the destroyer, Vishnu the preserver, and Brahma the creator.

Still, there are many debates within the religion whether the religion is polytheistic or monotheistic. The reality is that Hinduism is actually henotheistic, which means they worship one god, and do not deny the existence of other gods.

Religion
5 Things you Didn't Know About Thor
This is one of the 5 things you didn’t know about Thor, one of the most popular characters in the history and beliefs ...
How is the Dalai Lama elected?
There have been 14 Dalai Lama so far, and the title is rather new. The first and the second Dalai Lama were given the t...
Masonic Rites and Degrees Explained - Why the Scottish has 33 and the normal only 3 degrees?
The higher ranks, acquired in the Scottish rite for example, represent “appendant degrees”, as in lateral movement i...
Mother Teresa - Was She a Saint or Sadistic Religious Fanatic?
Mother Teresa founded the “Missionaries of Charity”, an order that began with just 12 members, but has now grown to ...