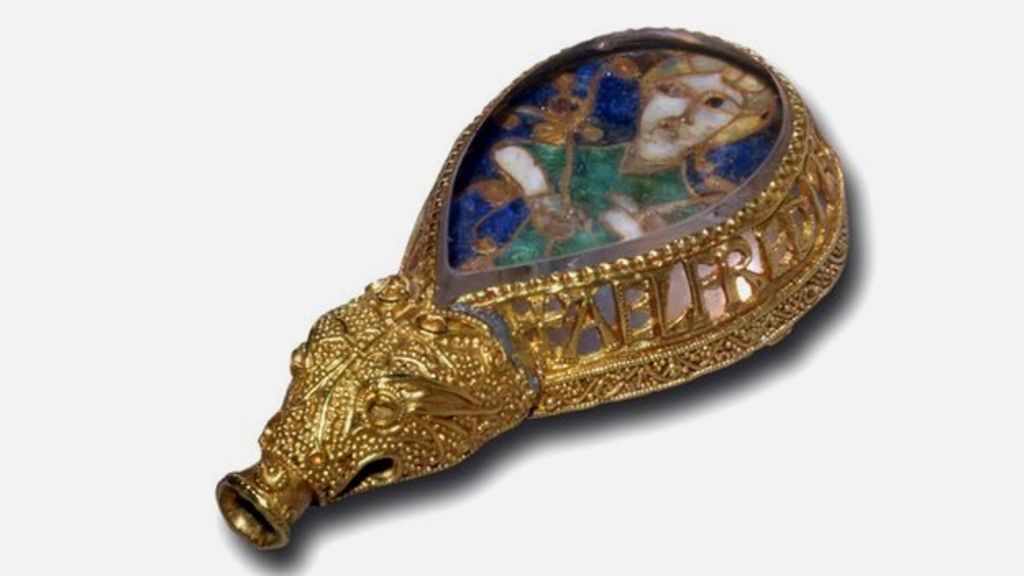 The jewel is about 2.5 inches long and shows an image of a man. Many believe that is Jesus Christ or St Neot or St Cuthbert

You cannot put price on everything. One of the popular slogans of Mastercard is “priceless, for everything else there is a Mastercard”. King Alfred’s jewel falls into that priceless category. One of the largest pieces of jewelry from the Anglo-Saxon period, the jewel is owned by Oxford’s Ashmolean Museum. The priceless jewel returned to Somerset in 2015, where it was put to display 300 years after the discovery.

The jewel dates back to the 9th century, during the reign of Alfred the Great. The jewel is inscribed with the words “AELFRED MEC HEHT GEWYRCAN", which literally translates to “Alfred ordered me made”. The mystery and the purpose of the jewel has been subject of discussions for decades. Now, it is widely assumed that the jewel was handle for a pointer stick for following words when reading a book.

Who was King Alfred?

Alfred succeeded his brother Ethelred as King of Wessex in AD 873. Like most of the Anglo-Saxon kingdoms, Wessex was under threat of Viking invasion as well. Alfred suffered minor defeats, and decided to pay the Vikings in exchange for peace. That lasted for only five years.

In 878, the Vikings attacked Wessex, prompting Alfred to retreat to Athelney. There, he assembled his people and defeated the Viking army. The victory gave Alfred leverage in the upcoming negotiations. He managed to negotiate the Vikings to leave the land north and east of a line across England. The King managed to secure his lands, and spent much of his reign strengthening his army and naval defense.

Alfred is important to British history not just because he was great ruler. He advocated justice and order, and established a code of laws. He was a great diplomat as well, managing to secure a marriage between his daughter and the leader of Mercia. That move consolidated the alliance, and his reign.

- The jewel is about 2.5 inches long and shows an image of a man. Many believe that is Jesus Christ or St Neot or St Cuthbert

- The Alfred Jewel is referred in Roy Harper’s 19 minute song, One of those days in England

- A replica of the jewel was given as a birthday present to Nancy Mitford in the comic novel, The Pursuit of Love (1945)

- While many believe the image in the ring is a man, others believe the figure represents the sense of light

- The jewel was discovered in North, Petherton, Somerset, in 1963

- According to many historians, the crystal used for the jewel was recycled from a piece of Roman jewelry

- Since the discovery of the Alfred Jewel, six other similar artefacts have been found, including the Minister Lovell Jewel (the most similar to Alfred Jewel), the Warminster Jewel, the Bidford Bobble (smallest of the jewels), the Borg Aestel, the Bowleaze jewel, and the Yorkshire Aestel

- In 2008, the seven jewels were shown at an exhibition for the first time together in Winchester Discovery Centre

Purpose of the jewel

As mentioned at the beginning, there were many theories about what is the purpose of the jewel. The prevailing theory is that the jewel served as the handle for a pointer stick for following words when reading a book.

Some other theories suggested that the jewel was used as a pendant, or as a centerpiece of royal headdress.

But Alfred believed in the importance of education, one of the reasons why the pointer stick theory prevails. He wrote about gaining inner wisdom through the eyes of the mind and believed literacy provides wisdom.

The King translated several religious texts from Latin to Old English to help spread wisdom more widely. He also arranged translation for copies. When he sent copies of the Pastoral Care of Pope Gregory the Great, he also sent precious jewels to bishops. Those jewels, similar to the pointer stick, came with a note saying “I will send a copy to every bishop’s see in my kingdom, and in each book there is an aestel of 50 mancusses and I command, in God’s name, that no man take the staff from the book, nor the book from the church”. Mancus was a term used in medieval Europe to describe a gold coin. 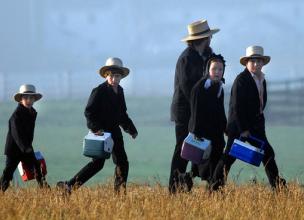 Religion
Glimpse into the Amish Community
As a strict community, they have a couple of rules that fellow members of the community must abide to. And while people ...
How much Do You Know about Circus?
Most people associate the term circus with Great Britain. After all, it was in UK that circuses gained popularity during...
Why is Roman Concrete so Strong and Durable?
Roman Empire structures lasts for thousands of years. The Western Roman Empire crumbled to dust more than a thousand yea...
Sharia Law – What Does it Mean for Women in Afghanistan?
After regaining power in Afghanistan, a Taliban spokesman said, "We are going to allow women to work and study within ou...