5 Gemstones That Can Make You Rich 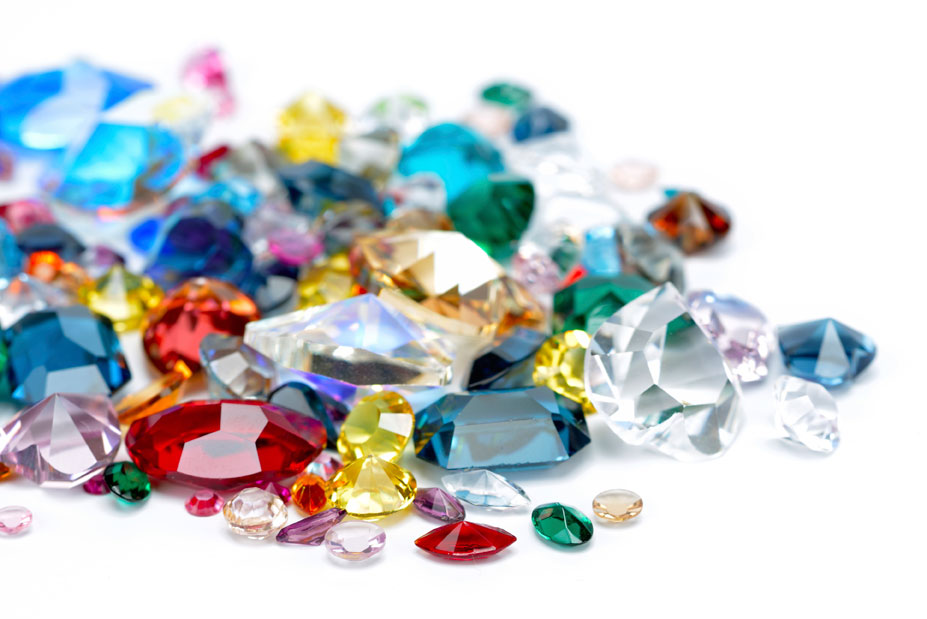 For a quick background, minerals are classified as gemstones because of their chemical composition, crystal structure, optical characteristics, and refraction. Depending of the degree of imperfections and classifications, the value of the gem is determined

According to some statistics, there are more than 4,000 minerals on earth. Sadly for most of us, we will never see them in real life. With so many bizarre mineral assemblages in the world, finding a rare gemstone has become a science and industry that is making people extremely rich. Now, there are some rare gemstones that are unique to the point only 1 to 10 of them existing in the real world. Finding such gemstone is mission impossible.

However, there are gemstones that are rare and common in the same time, and are valuable enough to make you a millionaire. We are not suggesting you should go on a quest to start looking for rare gemstones, but just so you know, here are five gemstones that can are commonly found on earth, and are still expensive enough.

For a quick background, minerals are classified as gemstones because of their chemical composition, crystal structure, optical characteristics, and refraction. Depending of the degree of imperfections and classifications, the value of the gem is determined.

One of the most commonly used gemstones in jewelry, topaz is a colorless and transparent gemstone in its pure form. However, oftentimes, in order to produce better quality and make it more interesting and unique, topaz can be tinted. Some colors that topaz can be found include pink, reddish-yellow, blue brown, reddish-orange, pale gray, wine red, yellow, pale green, blue, gold and much more.

One interesting legend linked with the topaz is the Egyptian legend. They believed that the gem, when colored in gold, was actually colored by the golden glow of their god of the Sun, Ra.

The first pink version of topaz was discovered in Russia in the 19th century, and since then, the topaz has become a standard gemstone for the Czar in Russia and his family.

Topaz is commonly found together with quartz. Some of its qualities, like desirable colors and good hardness, make it a very popular gemstone. The relative abundance and availability only further contribute to the topaz being extremely popular choice among jewelers. One of the most famous topaz is the giant topaz set in the Crown of Portugal.

Many people mistaken citrine for gold topaz, but other than the similar color, the two gemstones share almost nothing else. However, the history of the citrine has been closely linked with the history of topaz because of their similarity in color.

Citrine, however, is part of the quarts family, and is a rather rare form of quarts. Citrine can offer almost everything that gemstone lovers search in a perfect gem, starting from relatively good price (not as high and not as low), to clear rock crystal.

Citrine is found rarely in natural form in the wild. The gemstone got its name from the French name for lemon, “citron”. Brazil and Uruguay are the most famous countries for mining citrine.

Back in the ancient times, the gemstones was worn as a protection against evil thoughts and snake venom.

But what has made citrine one of the most popular budget-friendly cuts is the price. Thanks to its great size (almost every time above three carats), citrine can produce rich, deep colored jewelry that is rare and unique.

Another quarts gemstone, amethyst is the purple version of the citrine. One of the most precious and valuable gemstones in the quarts family, amethyst is recognized widely as the official birthstone for the month of February. The gemstone has been also immortalized by Leonardo Da Vinci, who once famously wrote that the gemstone can “Dissipate evil thoughts and quicken the intelligence”.

Some call amethyst the sister stone of citrine, and you cannot be wrong with that assumption. The only difference between the two, aside from the color, is the level of iron impurities. Once amethyst is heated at high temperature, the iron impurities are reduced, and the gemstone can turn from violet color into golden colored citrine.

Some legends associated with amethyst are that the gemstone can be strong antidote against drunkenness, and some organizations even has it as a symbol of sobriety. The most expensive and rare amethyst is the one with a grade of “deep Russian”.

What is unique about tanzanite is that the gemstone appears different depending of the alternate lighting conditions. For example, when viewed under fluorescent light, the gemstone looks blue. On the other side, when look under incandescent light, tanzanite appears violet. In the pure form, tanzanite is actually reddish brown gemstone that requires artificial heat to bring out the color blue or violet.

Opals are one of the most precious, and in the same time, underrated gemstones in the world. While everyone are talking about diamonds, opals are much more unique due to their color changing properties. Opals are mostly found in Australia, the homeland for most opal mines, and the home where the Virgin Rainbow was mined.

Opals are composites of silicon, oxygen and hydrogen, but it is the silicon that makes them unique. Thanks to their brilliant play of colors and scarcity, opals are among the expensive gemstones with price tag of $2,300 per carat.

As noted with the chemical formula, opals do not have crystal structure like most other minerals and gemstones. The variety of colors in a opal depends on the environmental conditions during the forming of the opals.