Inside Einstein's Mind - The Enigma of Space and Time

But one thing is clear. Albert developed the theory of relativity, one of the two pillars of modern physics. His influence on the philosophy of science is non-debatable.

Born in 1979 in Germany, Einstein moved to the United States during World War II. He was also responsible for working on the atomic bomb. He wrote a letter to President Roosevelt, warning him that the Germans are working on nuclear weapons, and suggested USA start its own atomic bomb project. That is how “Project Manhattan” was born.

This documentary gives you a clear view into what Einstein’s thought process during some of his biggest revelations was. Putting the emphasis on the enigma of space and time, the documentary portrays Einstein as one of the geniuses of the previous century. And rightfully so. 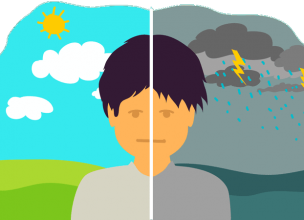 People
Bipolar Disorder and Famous People
There are two common subtypes of bipolar disorder, bipolar I and bipolar II. There are other subtypes but these two are ...
How Long Before Ultracapacitors Overtake Batteries?
Batteries need time to charge and discharge energy. Think of it as the time it takes for a dam to fill with rain during ...
Hugh O’Flaherty - Unsung Hero of World War II
Son of a steward at the Killarney golf course, Hugh was fluent in Italian and German. He also held three doctorates and ...
Hoboglyps – Their Meaning and History
There is no data or document that says why these people were called hobos. They developed less than a sterling reputatio...