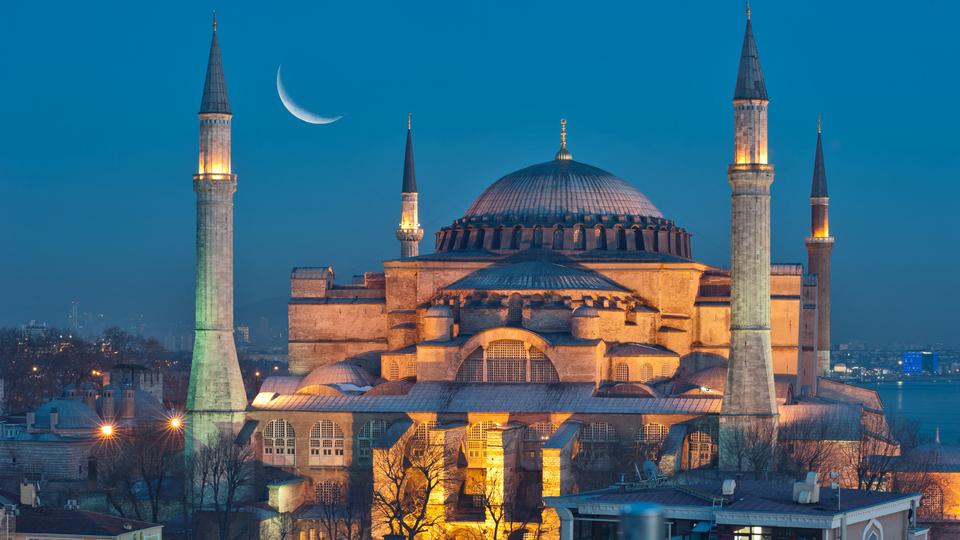 During its 1,500 year life-span, Hagia Sophia served as a cathedral, mosque, and a museum. When it was first constructed, Constantinople, now Istanbul, served as the capital of the Byzantine Empire. The state formed the eastern half of the Roman Empire

Few weeks ago, Turkish president Recep Tayyip Erdogan signed a document turning Hagia Sophia into a mosque. The decision was met with criticism from all over the world, and rightfully so. Hagia Sophia is one of the most important buildings in the world of Christianity, but also in Islam. And that is why a museum was one of the best classifications for the building.

The Father of Turkey, Mustafa Kemal Ataturk, turned the building into a museum. The large architectural wonder serves as a monumental building in Istanbul, former Constantinople for more than 1,500 years. Same as the Eiffel tower in Paris, Hagia Sophia is a symbol of the cosmopolitan nature of Istanbul. 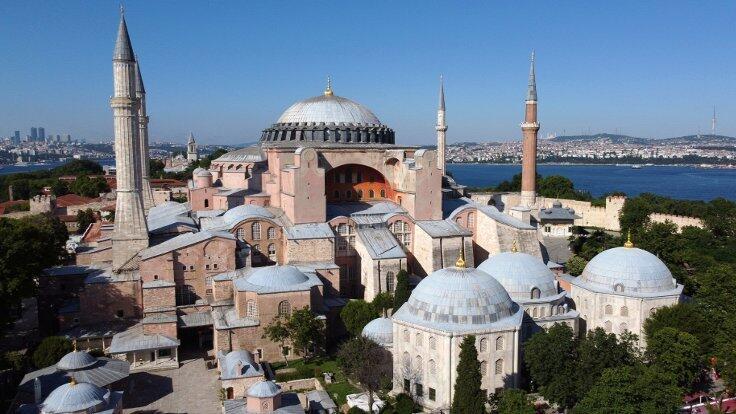 During its 1,500 year life-span, Hagia Sophia served as a cathedral, mosque, and a museum. When it was first constructed, Constantinople, now Istanbul, served as the capital of the Byzantine Empire. The state formed the eastern half of the Roman Empire.

The church served as a basilica from its construction up until 1453. Then, after the fall of Constantinople, sultan Mehmed II order to turn it into a mosque. Here are some interesting facts about Hagia Sophia, and its significance in the world.

A building born out of riots

The construction of Hagia Sophia began in AD 532 during the Nika Riots. The grand revolt hit Constantinople, and at the time, the Emperor Justinian I was not a popular ruler. He served as the ruler for five years.

The riots began with protesters chanting “Nika”, which means Victory” and attempting to throw out Justinian by besieging him in his palace.

People protested against the high taxes. After moving loyal troops into the city, the Emperor managed to put down the rebellion using brute force.

After the riots, Justinian ordered the construction of Hagia Sophia, on a site of a torched church. The building represented triumph for Justinian and Christianity.

The Many Names of the Church

The Church has gone by several names during its lifespan. The initial name was The Great Church because of the immense size. But the name Hagia Sophia remained after the second incarnation. The Greek meaning of the name is Holy Wisdom.

After the conquest of the Ottomans, the name was Ayasofya, and today, the church bears the name Ayasofya Müzesi. 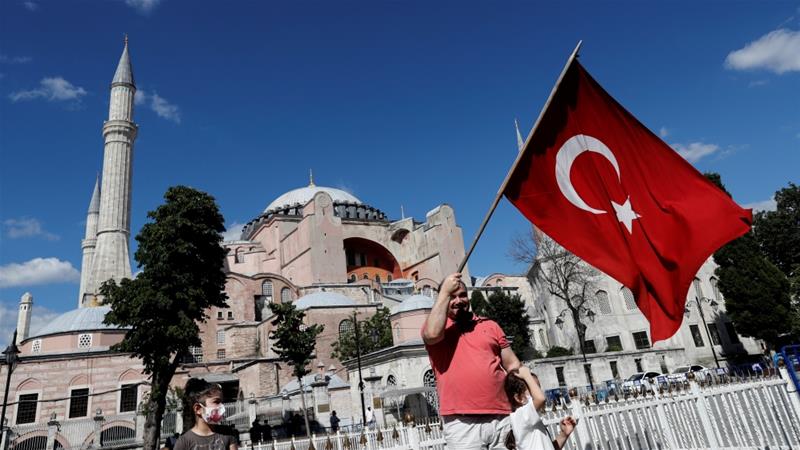 The Earthquake in 558 CE

One of the signature features of Hagia Sophia was its large central dome. Designed by original architects Anthemios of Tralles and Isidoros of Miletos, the dome soared 160 feet high with a diameter of 131 feet.

But an earthquake in 558 CE caused the dome to collapse. Then, the dome was rebuilt to a height of 182 feet. The walls were also reinforced in 562 CE. There is a series of smaller domes, arcades, and four large arches that support the weight of the dome.

Inspired by the Ancient Wonders of the World

One of the seven Ancient Wonders of the World was used in the construction of the church. Greek architects were inspired by the Temple of Artemis in Ephesus. They used the columns from the long-abandoned and destroyed temple to fortify the interior of the church.

They also used building materials from ancient sites in Baalbeck and Pergamom.

A great example of Byzantine art

Many people nowadays forget that the territory of Turkey was once a Christian kingdom. Byzantine, the Eastern Roman Kingdom, was a force to be reckoned. Hagia Sophia is a great example of byzantine art and architecture.

Byzantium nurtured a centuries-long tradition of art, architecture, literature, and more. Their culture fused Greek, Roman, and other Eastern traditions.

Some of the byzantine examples include the massive dome atop a rectangular basilica, abundant mosaics covering nearly every surface, columns and pillars of marble, stone inlays, bronze doors, and much more. 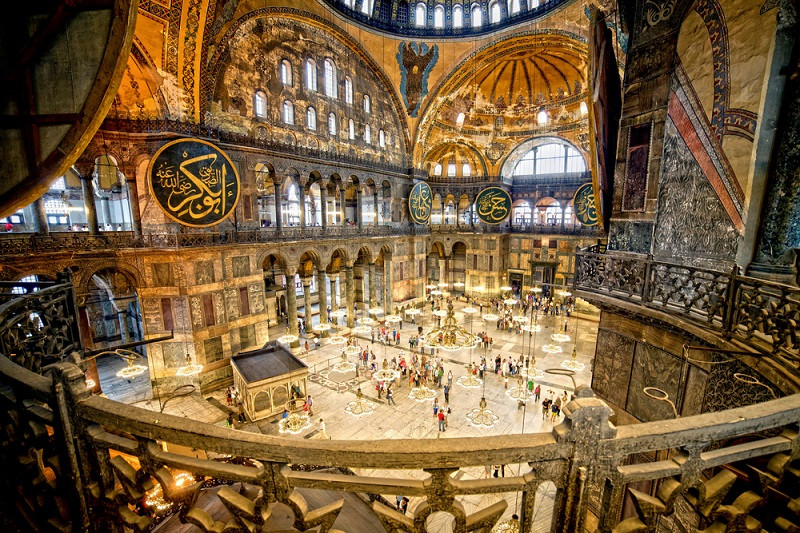 Unlike what Erdogan does now, former Ottoman sultans protected Christian history of the cathedra. In fact, Mehmed II, after conquering Constantinople, ordered the frescoes and mosaics be whitewashed in plaster and covered in Islamic designs and calligraphy.

The weeping column goes by the names sweating column, wishing column, perspiring column, and more. It stands in the northwest portion of the church. It is one of the 107 columns in the building. 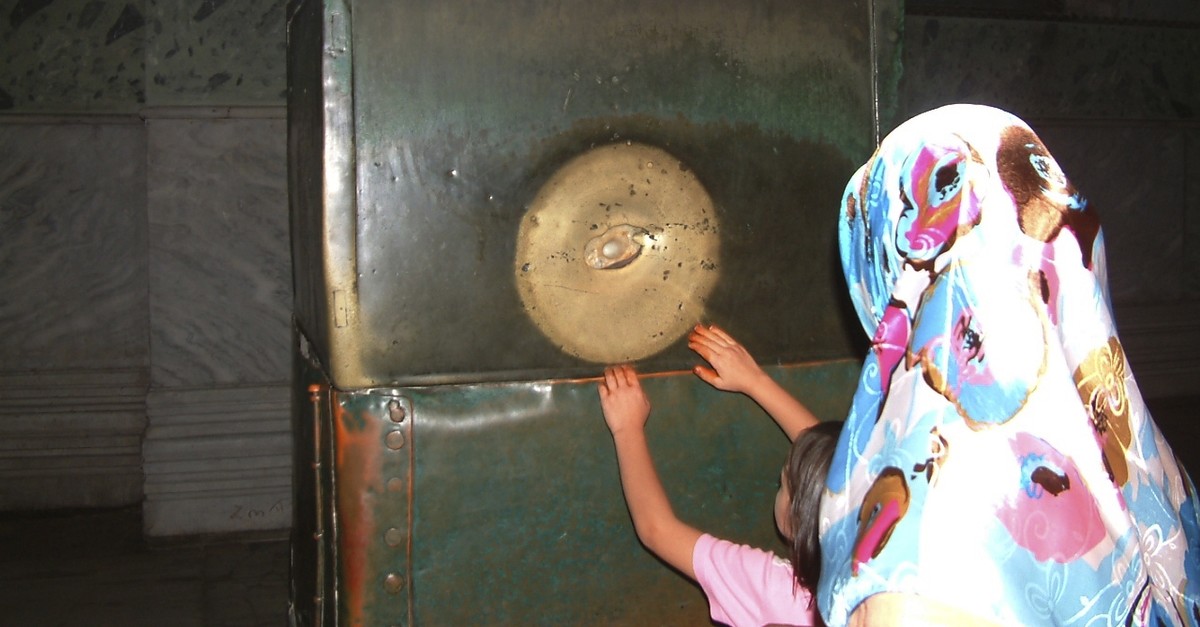 The pillar of the column is partly covered in bronze with a hole in the middle. It is damp to the touch. Believers believe that the blessing of St. Gregory gave the column healing powers. That is why many try to rub the column in search of divine healing.

Why It is so Important?

Kemal Ataturk turned Hagia Sophia into a museum in 1935. He understood the importance and significance of the building for both Christians and Muslims. Hagia Sophia is part of the UNESCO World Heritage site.

For more than a millennium after the construction, the building was the largest cathedral in all of Christendom. It served as the center of religious, political, and artistic life for the Byzantine world. Hagia Sophia also served as important site of Muslim worship after Sultan Mehmed II conquered Constantinople and turned it into a mosque.

Hagia Sophia is a cathedral built at Constantinople, now Istanbul, in the 6th century CE under the direction of the Byzantine emperor Justinian I. Built in 537, it is now off... 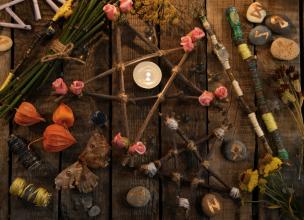 Religion
Wicca – Fastest Growing Religion of the 20th century
A research report in 2014 suggested that the adult population of pagans and Wiccans in the US alone was more than 730,0...
The World Tree - Middle Eastern Religions
The World Tree is mytheme in many Middle Eastern religions. It is most often portrayed as an archetype of the trees of k...
How to Detoxify the Pineal Gland
The pineal gland is believed to play a vital role in consciousness. Detoxifying it can be helpful in attaining higher le...
Lalibela – The Miraculous Underground Churches in Ethiopia
The historical name of the complex is Roha. This religious and pilgrimage center in the north-central Ethiopia is the ca...