This category and its content are concerned with different aspects of military, from service to its hierarchy and one of the oldest providences of mankind called war.

The first written record of the word military dates back to 1585. The term itself at that time was spelled militarie and it is derived from the Latin word miles meaning solider. The present day term, as a noun, represents the armed forces of a country, while as an adjective it refers to soldiers and the matters of soldiering. The term is also used to define certain association with the profession e.g. Royal Military Academy.

The commonly accepted contemporary definition of military is that they are the armed forces of a state and their purpose is to protect the interests of that state and its citizens by means of lethal force. Other than defense, military forces are also used in the state of war against another country in an offensive manner.

In a state of peace, as opposed to war, military forces may provide other services or engage in a number of activities within the state. These services and activities may include the promotion of a political agenda, protecting corporate economic interests, internal population control, construction, emergency services and various social ceremonies. Other civil related matters in which military can participate are housing, schools, utilities, food production and banking.

See the World War 2 through the eyes of the crew members of the infamous U-boats. The vessels that brought mayhem wherever they engaged in battle have sailed across the world. Discover what their journey was like and see the actual footage of certain battle scenes and the interviews with the surviving members of the U-boat crews.

Observe the hardships of the recruits within a Marine boot camp and witness their experiences. The documentary on this subject has no central character or narrative which gives you the chance to have a slightly different perspective on the matter.

Uncover the truth behind the sexual offence issues in the US military. The “Invisible War” documentary focuses on the position of women in the US army.

A ninja or shinobi was a mercenary warrior class that originates from 15th century Japan. Some of the basic operations of the ninja included infiltration, espionage, sabotage, as...

The Invisible War is a 2012 documentary film written and directed by Kirby Dick and produced by Amy Ziering and Tanner King Barklow about sexual assault in the United States milita...

Both the United States and the Soviet Union drifted apart after the Russian Revolution of 1917, the Russian Civil War and the Paris Peace Conference. Diplomatic and extensive tradi...

The rebels who started the civil war in Sierra Leone 15 years ago wanted only one thing: to reclaim the richness of the country from foreign corporations in order to end the exploi...

The fate of prisoners of war and missing in action is one of the darkest chapters of the Cold War. Tens of thousands of American soldiers and European survivors were sent to unknow...

In the poorest areas of South Thailand, political unrest has resulted in militant groups targeting people in brutal attacks, with a total of more than 5000 people murdered since 20...

The Horten H.IX, RLM designation Ho 229 (often called Gotha Go 229 due to the identity of the chosen manufacturer of the aircraft) was a German prototype fighter/bomber designed by...

Throughout World War 2, U-boats were the supreme stealth attack vessel of the armies, wreaking havoc as they sailed all around the world. This historical documentary gives an in-de...

01:27:49
Military/War
Sniper: Inside The Crosshairs

"Sniper: Inside The Crosshairs brings us the psychological and strategic thinking behind one of the battlefield’s most notorious weapon: the sniper. Learning from some of the bes...

Re-investigating Dreamland: Secrets of Area 51 is a documentary program which attempts to expose the explosive cover up of the infamous Area 51. The area is also called Dreamland. ...

13:04
Military/War +1
THE WOODCUTTERS – Or how to bring down a dictatorship

THE WOODCUTTERS is a short documentary that tells the story of three men at the heart of the fight to bring down a tyrannical regimeIn Niger 2009, the country was on the brink. The...

The Bin Laden Conspiracy: Dead or Alive is a documentary that takes up questions like Whatever happened to the hunt for Bin Laden and How has he continually evaded capture, despite...

In August of 1966, in South Vietnam, 106 young Australian soldiers were surrounded by 2500 Viet Cong and North Vietnamese soldiers, fighting for their lives. This documentary, narr...

An exceptional, groundbreaking and voyeuristic look into military reserve life in Israel, this film was shot over a 5 year period in director and reserve soldier Yaniv Berman’s l...

Auschwitz was the site of the largest mass murder the world has ever seen. This milestone, 6-piece set of charts the evolution of the field and the mentality of the perpetrators, a...

A documentary designed to describe the current situation in Afghanistan. Many ideas exposed are related to something deeper than a simple conflict. Witness how the history is made...

Ears, Open. Eyeballs, Click. is a documentary from 2005 by filmmaker Canaan Brumley, showing the experience of Marine recruits during the early boot camp.The film is unique in that... 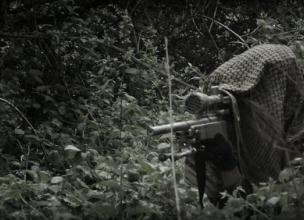 Political
False Flag Terrorism
Is it possible to predict the next false flag attack
Boko Haram Massacres
Boko Haram's Campaign of Violence
​Did everyone in Germany like Hitler?
Villian or Hero
The Crusades
War for God or for Gain
The Six Day War - Did The Soviet Union want to attack Israel?
In almost any history book, the Six Day War is described as a war between Israel on one side, and the joined forces of J...
Nazis and the Occult Conspiracy
The occult conspiracy gains ground in 1960s, or after the Second World War, when multiple scientists, researchers and wr...
Idi Amin - the road from a Boxing champion to a dictatorship
His rule of Uganda, from 1971 to 1979 was characterized by political repression, abuses of human rights, killings, nepot...
HAARP - Weapon or a Weather Research program?
Since the HAARP program started, it was followed by numerous conspiracy theories. We try to delve into what is HAARP and...
Flight MH370 conspiracy theories - what happened to the plane?
​One year and one month have passed, and there are still no signs of the Flight MH370 plane. The Malaysian plane is no...
The Black Budget - A Conspiracy Theory turned out to be true
The Black Budget is essentially a secret budget that is part of the money that the department of defense receives every ...
View all
Categories