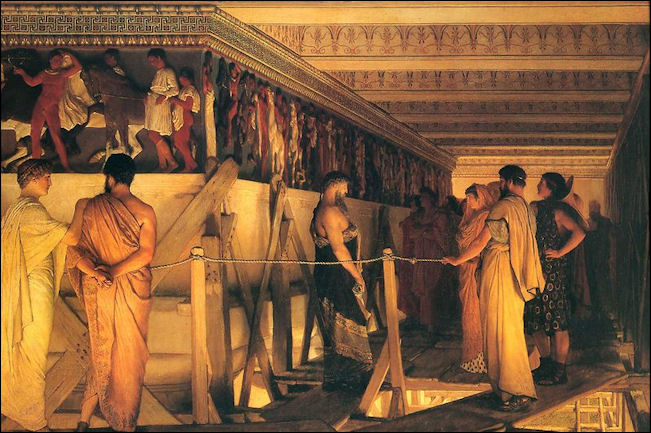 Ancient Greece and its citizens are highly regarded and praised for their help in advancement of medicine. But while the Greeks were advanced in some regards, they were not as advanced in others. Some treatments and techniques in Ancient Greece were “odd” to say at least, and some were even weirder.

People in Ancient Greece regarded illness as a divine punishment, while healing was quite literally a gift from the Gods. By the 5th century BCE, there were more attempts to identify the cause of the illness, and Greeks started drifting away from the spiritual concept of illness. With that in mind, here are some of the weird techniques Ancient Greeks used to heal illnesses and disorders.

Once you visited a doctor back in Ancient Greece, it was common practice for him to reach into your ear and take a little nibble of your earwax. This helped the doctor get a diagnosis. He would taste your bodily fluids, and try to set up a diagnosis for you.

Of course, this test was not always the initial reaction. Sometimes, the doctor chose different tests depending on your symptoms. For example, he might lick your vomit to see how sweet it was.

And believe it or not, all of these practices started with Hippocrates. He is regarded as the first doctor, and he is the man behind the Hippocratic oath. He believed that our body is a collection of fluids, and that each fluid has a specific taste. Doctors in Ancient Greece were taught how these fluids should taste, and they would know if something was wrong. Just for information, urine was supposed to taste like fig juice.

Gross and filthy treatments for women

Many Greek physicians believed that birth control was a woman’s responsibility. Of course, that is sexist nowadays, but back then, that was the overall thinking. Therefore, if a woman got pregnant, Greeks believed it was her own fault.

One Greek physician, Soranus, taught women to sneeze instead of using contraceptives. He told women to sneeze, squat, and rinse after making love. Of course, that didn’t work. He also suggested rubbing honey on genitals before making love.

Healing of the womb

Speaking of the womb and getting pregnant, physicians in Ancient Greece believed that the womb was a separate creature. They also believed it has a mind of its own. According to writings by philosophers like Plato, the woman’s womb could dislodge and glide freely if a woman was in celibate for a long time. This could cause seizures, hysteria, and suffocation because the womb was eager to bear children.

To prevent wombs from going on walkabout, women were counseled to marry young and bear as many children as possible. For a womb that was broken free, doctors prescribed baths, infusions and physical massage to force it back into position. They would even opt for rubbing pleasant smelling lotions between a woman’s thighs. The belief was that the womb would flee from bad smells and move back into place.

Hippocrates believed that the human body was filled with four basic substances, yellow bile, black bile, phlegm, and blood. Bad blood was considered cause for many sicknesses and illnesses. 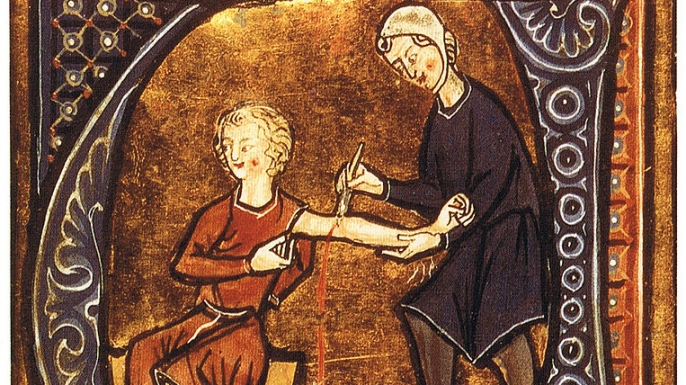 In that spirit, patients with fever were diagnoses with an overabundance of blood (bad blood). To restore the harmony, doctors would cut open a vein and drain some of their fluids. Sometimes, even leeches were used to suck the blood directly from the skin.

And as strange as it sounds, the treatment was used well into the 19th century, with medieval doctors prescribing blood draining for plague and sore throat.

One medical treatment was to use crocodile dung around the eyes to cure scars and similar skin conditions. According to some notes, patients would need to “levigate the dung of the land crocodile with water and anoint”.

History
Weird History of Dog Poop – The Secret Ingredient in Victorian Leather
Back in Victorian Britain, there was a job title called “pure finder”. The name is ironic, since workers didn’t fi...
Weirdest and Most Brutal Ways of Torture in History
From crucifixion, to playing, boiled alive, or tortured by rats, we take a look at brutal ways of torture
Opium Wars – How they Defined Relations Between China and Europe
The opium wars, fought between Britain and France, and China, were a period of humiliation for the Chinese. They resulte...
Song Ci – The Father of Modern Forensic Medicine
In 1247, he published a book in which he explains how to determine which wound was the case of death. His book, “Washi...