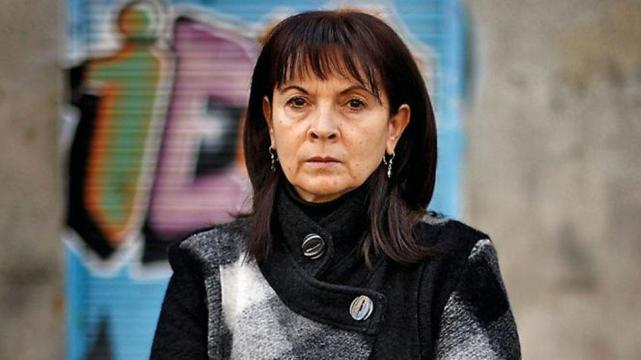 When your child disappears, you mourn. You start looking for her/him. After a while, you might give up, and say, “Hey, it is what it is”. But not all of us. Some people just take the fighting to the world. Some people use a bad event to fuel their inspiration and motivation. That is the case of Susana Trimarco. For many people, Susana is an unheard hero. Not many people know her, or know what she stands for.

But for people in Argentina, she is a hero and a savior who has helped free over 2,500 trafficking victims.

How it all happened?

More than 14 years ago, her 23 year old daughter disappeared. He daughter, Maria de los Angeles Veron was on her way to a doctor’s appointment. She never returned home. She was a likely victim of sex traffickers.

Trimarco, frustrated by the feeble investigation by the police, went further into her investigation. She encountered several women who were in contact with her daughter, but she never found Maria.

The experience transformed her. Nowadays, she is known as the leading human rights activists battling sex trafficking. She managed to make sex trafficking part of the national agenda in Argentina.

In her own words, “The desperation of a mother blinds you. It makes you fearless”.

Susana has managed to help people in Argentina in a number of ways. Because she was approached by more and more survivors and families, she opened a foundation in 2007. She didn’t have the capacity to help everyone. So she started the “Fundacion Maria de los Angeles”, a non-government organization with a simple goal: help people escape from trafficking and lobbying for legislation to prevent it.

Her biggest success came in 2008, when legislation prohibiting human trafficking led to the release and rescue of 3,000 people.

Another huge success came in 2011. Sex trafficking was part of the national agenda, and the government banned advertisement of sexual services in newspapers and magazines. But that was just the first step.

“Every woman I help somehow helps Maria. They represent hope in this new life of mine”.

Her efforts for finding her daughter resulted in trials for 13 people, some of which were police officers. In 2012, all were acquitted, a ruling that prompted outrage and led to impeachment against three judges. In 2013, at the retrial, 10 people were convicted for the involvement in the Maria disappearance.

One thing Susana has still to find out is what happened to her daughter. Some say she was murdered, some say she was taken overseas. Her body was never found. Armed with lawyers, social workers and psychologists, Susana vows to help others find peace.

For her work in human trafficking, Susana has earned a number of awards. The biggest one came in 2013, when she was nominated for the Nobel Peace Prize. She did not win it, but the nomination was more than enough to show people appreciate and acknowledge her.

In 2007, the US department of State honored her with the International Woman of Courage Award. Secretary of State Condoleezza Rice gave her the award. The following year, the Argentinian national senate honored with an award for promotion of human rights.

In 2012, the Canadian government honored Susana with the John Diefenbaker Defender of Human Rights and Freedom Award.

Her work has also inspired others to take action in different industries. Her life has inspired the telenovela “Vidas Robedas”, (Stolen Lives). The novella, airing in Argentina followed a story about abduction of persons for prostitution. The series also draw parallels with the case of Maria.

In 2009, there was a documentary made about her life, called Fragmentos de una Busqueda (Fragments of a Search). 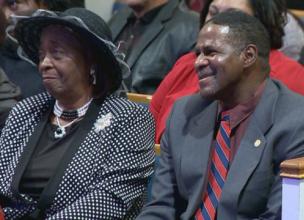 Justice
The Curious Case of Lawrence McKinney – Can the Justice System make Mistake?
Faith is what got him through 31 years, 9 months, 18 days, and 12 hours of prison. He was wrongfully sentenced, and was ...
Top 7 Cruelest Rape Punishments
More than 10 countries around the world punish rape by death
How the Gulf Cartel, Juárez Cartel and the Sinaloa Cartel control the drug trafficking routes
Despite being in war, the three cartels have often allied to fight the greater good. At the moment, there are two factio...
This Ingenious Idea May Combat Rhino Poaching For Good!
Scientists have come up with this extremely clever idea to tackle rhino poaching.