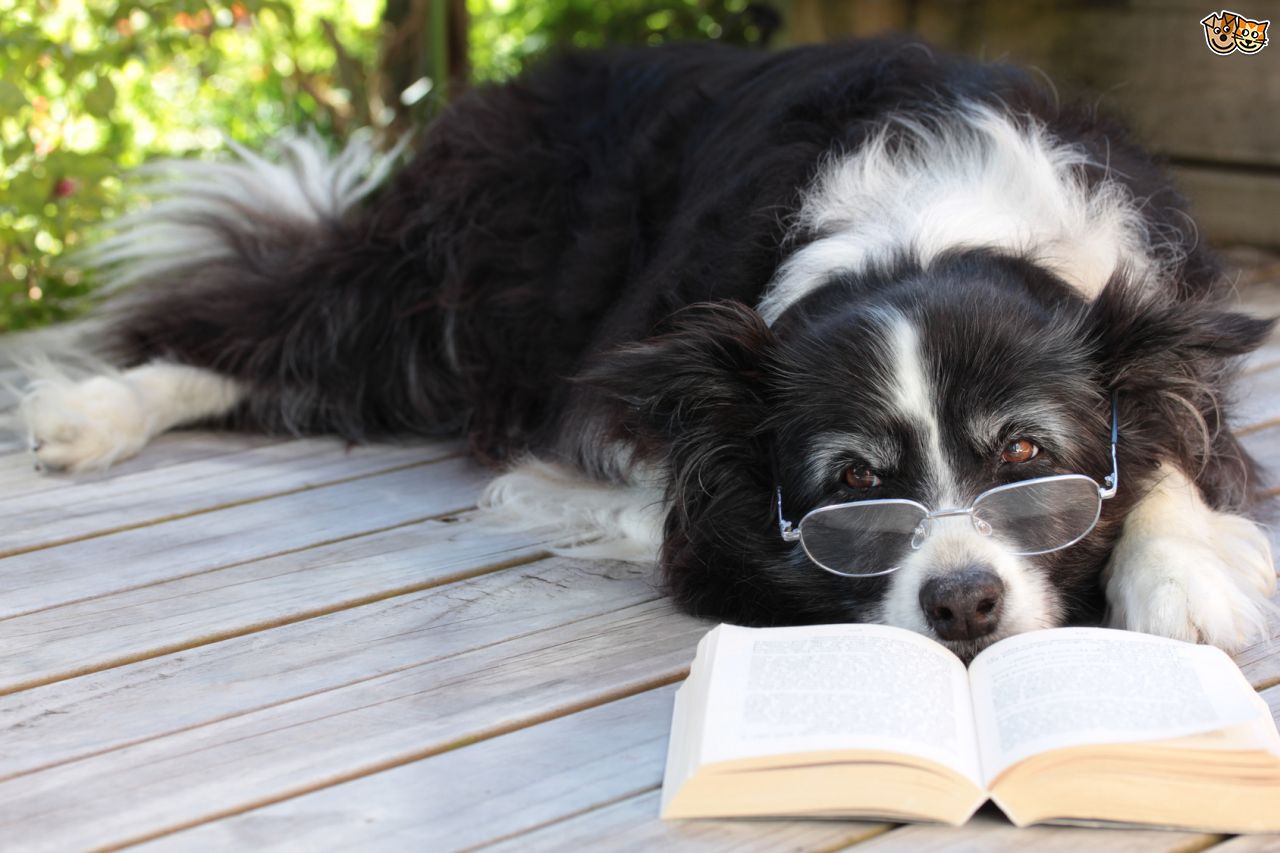 “Do dogs really think”, “can dogs communicate with us”, “how can we understand our dogs”?

Dog owners always say their dog is very smart and intelligent. And while every dog can learn, some learn it the easy way, and some need more work. I have a friend that says “I can teach a monkey to write”. Yes, you can, but some monkey will need time, and some will learn to write in a day or two.

So that brings us to the question, “How Smart is your dog”? Well, some people tried to answer that question. One of them is Stanley Coren, a psychologist, and a dog trainer. He answers the questions “do dogs really think”, “can dogs communicate with us”, “how can we understand our dogs”, and so on. Dogs are very intelligent creatures. They might not be on pair with dolphins, but they are pretty damn intelligent. Coren wrote a book, ranking dogs by intellect.

He ranked dogs by their “adaptive intelligence”, or the intellect and the time they need to figure things out. If you want the whole ranking, you can always read his book. But we wanted to present you five of the most intelligent dogs. They are ranked by Mr. Coren in the top tier. He describes dogs in the top tier as “brightest working dogs, who tend to learn a new command in less than five seconds and obey at least 95% of the time”. You’ll be surprised by some of the breeds.

This came as a big surprise to me. I never thought the border collie is one of the most intelligent dogs. And Mr. Coren has him ranked as No.1. Recognized by the American Kennel Club in 1995, this working farm is famous for his “intimidating eye”.

Since we are long pass the days of farms, the collie needs challenge. He cannot work with livestock, so you have to find alternatives for his exercise. The collie needs several 45 minute walks per day, and off-leash romps in a safe area.

High intelligence dogs learn very quickly, but that means you need to throw new challenges at them often. The collie, for example, analyzes and thinks every movement you make. So you have to be careful.

The American kennel club describes the breed as “one with a distinct personality marked by direct and fearless, but not hostile, expression, self-confidence”. Because of its high intellect, when you are working with the shepherd, you must be approachable and quietly stand your ground to show confidence and willingness to work.

Because of overbreeding and mixing, this breed nowadays tend to have a bad rep. Some people cry over their high temperament, and energy levels can vary from vigorous to laid-back.

The most important thing you need to know is that German shepherds need exercise, and ongoing and early socialization. They are eager to earn, and in the hands of the right owner, they can be magnificent companions.

Two walks per day are a must, but also you have to play fetch games with him. One downside of retrievers is they are friendly with everyone, strangers and cats included. His bark is welcoming, not protective. He will be enthusiastic, so early obedience training is a must. The retriever will be eager to please, and will forgive new and inexperienced owners every mistake they make.

The biggest downside is that his body is robust. Therefore, train him early, or you’ll need good biceps to walk him. The retriever tends to pull on the leash.

For some people the Doberman might be a surprise choice on the list of most intelligent dogs. But this German breed is smart, intelligent, alert, tenaciously loyal, and very responsive to training. Developed by Karl Friedrich Louis Dobermann, this breed was used as a protector back in the days.

But because of his high intellect, the Doberman might be stubborn. He is driven at all times, and unless you find a way to train him. Remember, he is not looking to be the alpha. The Doberman will start pleasing and working once his place is well established.

Another downside is that he needs a lot of walking every day, and running as often as possible. Lack of exercise often leads to behavior problems. The Doberman needs socialization, or he will stay reserved and shy.

Probably the biggest surprise on the list, the Rottweiler is another dog that comes from Germany. Back in the days, the Rottweiler was a working butcher dog. He herd livestock, and pull carts laden with butchered meat.

Nowadays, the Rottweiler uses his intelligence for different purpose: to search and rescue. They are also used as police dogs, and guide dogs for the blind.

The one downside is that the Rottweiler values his territory. The dog has territorial instinct, and if not socialized as a puppy, he can become aggressive. The Rottweiler strivers for dominance, but will respect an assertive owner who can handle his strong-minded dog.

Social
Top 7 Enlightening Latin phrases we use daily
Latin is a dead language, nobody uses it in modern times. But there was a time when Latin was used to educate the masses
Ten Interesting Facts about Reindeer
Did you know they are the only mammal that can see ultraviolet light? And how the connection to Santa was born?
The most popular American Presidential Dogs
In the wake of Donald Trump becoming a President and waiting for his pet, we remember some of the dogs that lived in the...
Five Architecture Designs that will change future
Since 2008, Berlin in Germany gathers top architects for the World Architectural Festival. The annual event focuses most...