Top 10 Most Bizarre Restaurants in the World 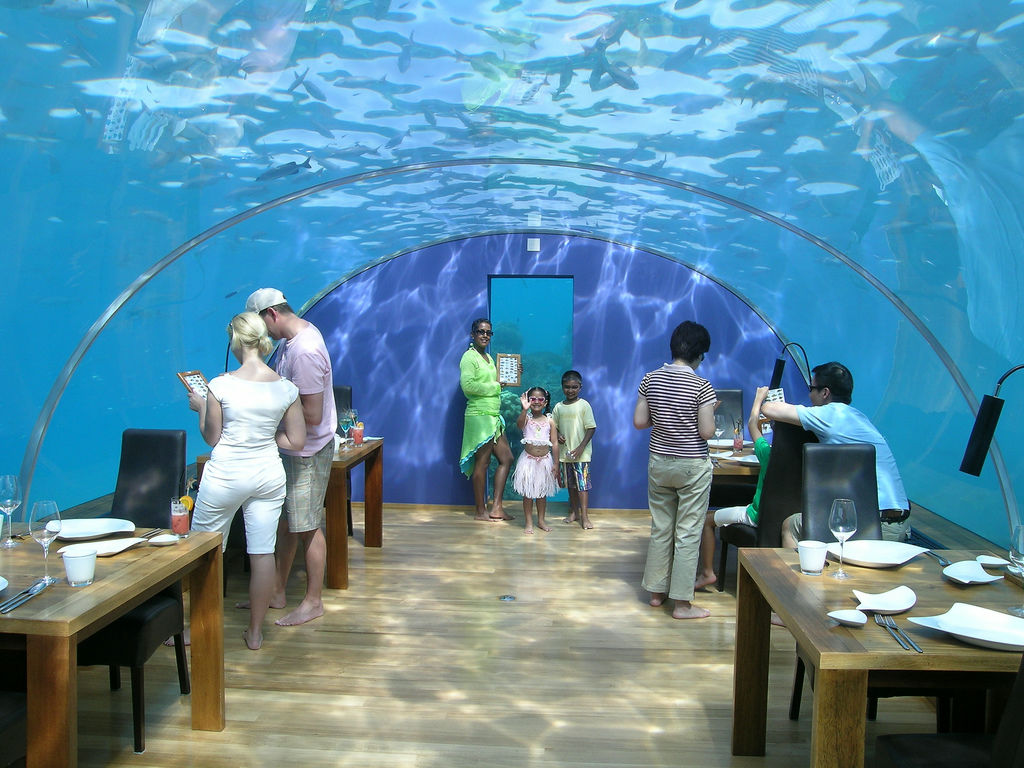 If you want to be served by waiters wearing condoms, robots, or eating on the toilet, we present you the 10 restaurants that can make your dream come true

There are restaurants in the world that take innovation to a whole new level. Or better say, extreme and bizarre level. For some people, an “alternative dining experience” is something more than taking a shot at fusion cuisine, or having Thai food on an Indian night. For some of those who dig “weird food”, there is an option for dining in a bizarre restaurant. If you want to be served by waiters wearing condoms, robots, or eating on the toilet, we present you the 10 restaurants that can make your dream come true.

Let’s start with a dining experience that is not much bizarre, as it is unique and interesting. The trick is, you can take your dog with you on a dinner. Coolbaby is a specialized dog restaurant, where the dishes are tailor made for your pet. Even better, there are dishes for different ages, sizes, and breeds. Until few years, having dogs in the home was banned. And with the ban gone, dog owners can now take their pet on a treat in Beijing. This is another example of a restaurant trying to support a certain cause. If you want to be served by blind waiters, Opaque is the place to go. The restaurant offers high quality food, but you are being served in complete darkness, as blind waiters serve you a three-course gourmet meal.

For some people, being watched is a fetish. Luckily for those, there is a restaurant in a Dutch university in Wageningen. In the restaurant, every move of customers and is being watched by the Big Brother. The idea is that companies and academics can study the consumer behavior by watching customers and their reactions to some of the new products in the restaurant, as well as the design and the packaging of the food.

Another restaurant in Tokyo hopes to appeal to the nerd culture. In Hibaritei café in Tokyo, has men dressed as maids for servers. The chain of coffee restaurants has several locations in Tokyo. The Akihabara district, in which the cafes are located, is considered the center for the nerd culture in Tokyo.

The culinary concept here is robot run. The owner, Lapassarad Thanaphant, invested almost $1 million in the restaurant, which she purchased including four robots. The four robots serve food, and also dance as they are dancing robots. The restaurant offers Japanese delicacies for its customers.

Ithaa is not your typical white tablecloth restaurant. It is not as wacky as some of the other restaurants on the list, but it gets on it as the restaurant is located 16 feet underneath the Indian Ocean. In fact, the restaurant is not as bizarre, as it was also voted one of the most beautiful restaurants in 2014 by the New York Daily News. And if you like to dine octopus and oysters, surrounded by oysters and octopus, this is the place to go. The name of the restaurant, Ithaa means pearl. Located between three and six feet below sea level, depending on tides, Ithaa offers an unusual and unique experience.

Taste Worth Dying For

That is the motto of the Heart Attack Grill, a restaurant located in Chandler, Arizona. The restaurant is decorated in a hospital theme, and diners actually wear hospital gowns. However, the food is not hospital, as the restaurant offers high calorie burgers. The trick is that the names of the burgers are derived from cardiovascular subjects such as triple and quadruple bypass. The restaurant has moved to Las Vegas.

It might sound extreme, but the cause of this restaurant in Bangkok, Thailand is a noble one. Servers in the restaurant wear condoms over their head. Their goal, of course is to educate the public about safe sex. The décor is also condom inspired, and if case you were wondering, the food won’t cause pregnancy!

Taking bizarre and wacky to a whole new level, the décor of this restaurant resembles a toilet. That is right, you sit on a toilet seat instead of a dining chair and table. And if that doesn’t kick your gears, expect to be served in toilet dishes. That is right, your food comes in toilet dishes. When it comes to wacky, unique and bizarre experience, the one in the Magic Restroom is worth writing for and experiencing it firsthand.

You want a true prison cell experience? Enter Devil’s Island Prison Restaurant. You get the complete experience here, from having your mug shot taken, to your fingerprints, and much more. As expect, you dine in a prison cell, and your waiters are dressed like convicts (black and white stripes dress). If you want to take things up a notch, you can ask to be handcuffed during eating.