The Roman Colosseum – Largest Amphitheater to this day 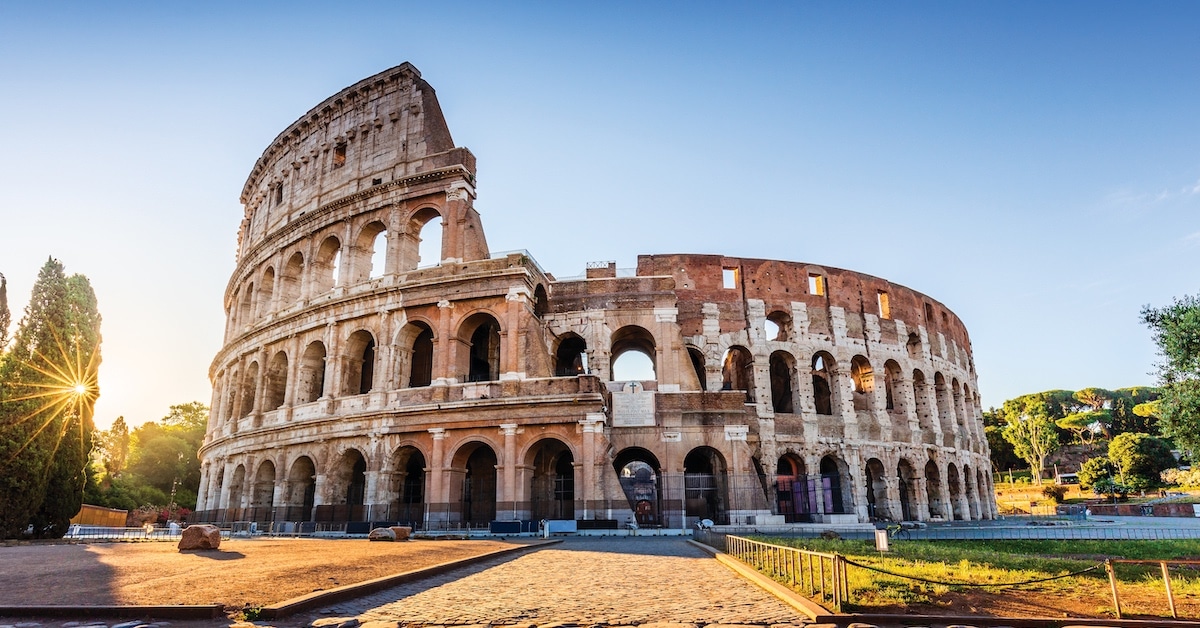 Standing at 157 feet high, the Colosseum is as tall as the Washington Monument. There are four levels, allowing for 50,000 spectators to enter the site. And the site has more than 80 entrances for guests to enter

The Roman Colosseum is one of the oldest buildings in the world still standing. It also remains the largest amphitheater in the world. The first games held in the Colosseum were organized under Emperor Titus in 80 AD. They ran for 100 days straight.
Since then, the arena has been home for many different games, from gladiatorial games, animal hunts, and modern theater performances and concerts.
When touring Rome, you just cannot miss the Roman Colosseum. It is only natural to ask yourself, how old is this building when you see it.
Well, construction began in 72 AD and finished in 80 AD, making it more than 1,900 years old. It is just amazing that engineering back in the days made something that lasts to this day.
How much do you know about the Colosseum? Here are some amazing things you can learn.

While spectators at the Roman Colosseum enjoyed the thrill and entertainment of gladiator fights and animal hunts, the place also brought something else to the viewer.
Because of all the deaths and killings inside, the Colosseum had a scent of death. Citizens of Rome found the scent of blood unpleasant. 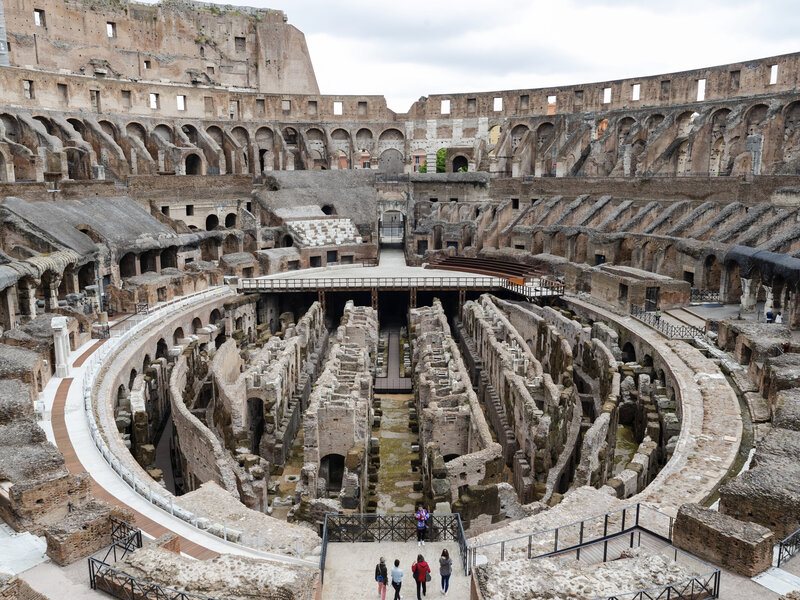 But this is where engineering helped. Constructors used a nice and clever trick. They placed an awning, called velarium, above the heads of paying guests. The main purpose of this piece was to protect people from the harsh sun and to keep off the rain.
But the awning also contained cleverly concealed tubes that sprayed perfumed water continually to minimize the odor of death. Another purpose of the tubes was to moisten the heads of guests and keep them cool. Talk about modern engineering.

Just think about this for a second, the site is twice as long a football field. This building remains the largest amphitheater in the world.
Standing at 157 feet high, the Colosseum is as tall as the Washington Monument. There are four levels, allowing for 50,000 spectators to enter the site. And the site has more than 80 entrances for guests to enter.

We talked about how much people the Colosseum can fit. The brilliant building has 80 entrances and capacity of more than 50,000 spectators. At one time, the arena could even accommodate more than 80,000 people.
Nowadays, the Colosseum is a tourist attraction. Sometimes, there are live concert performances during the events. But the capacity is limited to a smaller amount due to structural constraints and safety regulations.
Now let’s compare that to some other modern venues. For example, the theatre named after brothers George Gershwin has the largest Broadway capacity with only 1,933 seats. The Metropolitan Opera House is the largest repertory opera house in the world, with a capacity of 3,850 guests.

Emperors used the Colosseum to gain popularity. They organized all sorts of events, from gladiator fights to animal fights and hunting. Not only do they organized events, but they also paid for them.
Entry was free for all Ancient Romans. Sometimes, they even got free food during the event.

Many think of land battles when they think of the Colosseum. Also gladiator fights. But while land battles were the main event, Romans sometimes organized and stimulated water based battles there.
Thanks to the intricate plumbing system underneath, the Colosseum allowed for the entire arena to be flooded. This would stimulate the ocean, and soldiers could make use of it to prepare for real-life situations at the sea.
After the fall of the Roman Empire, the Colosseum remained empty and with no purpose. Then during the medieval times, it was turned into a housing complex for those in need. During that period, the area was also used as a cemetery and had a castle ground. Most of the structural damage to the building is from that period.

During its long history, more than 400,000 people and over a million wild animals died during fights. The events at the Colosseum were extremely brutal. Sometimes, more than 10,000 animals were killed in a single day.
Some historians and experts believe that the building is responsible for the disappearance of the Hippo. One set of games got more than 9000 animals killed. Hippopotamus were extracted from the Nile River and then used in battle. And at one point, reports were of not a single hippo left in the river.

It was not always called the Colosseum

The original name of the building is Flavian Amphitheater. In the year 1000 Romans started referring to the arena as the Colosseum. And it was because of its “colossal size”. The Italian word for it is il Colosseo.

Art
Understanding the Mandela Effect – How do we Create False Memories?
This effect occurs when a large group of people believe an event occurred when it did not. There are many examples in po...
Byzantine Style – Features and Best Examples
Mosaics were the signature characteristic of Byzantine architecture and Byzantine style. These mosaics illustrated relig...
Seven Things You Need to Know about the most famous Gothic Novel
That novel set the benchmark for all other writers of the vampire afterward. But how much do you know about the original...
Bechdel Test In Modern Times
About half of movies nowadays meet the criteria. Now, passing or failing the test is not a necessity in the movie indust...