The Poetic Side of Saddam Hussein 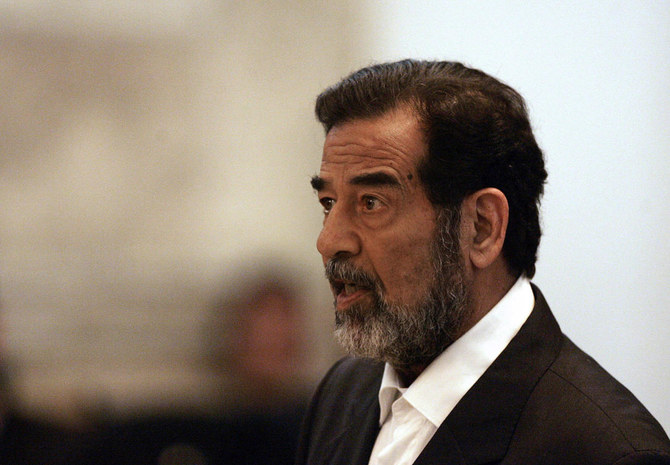 Saddam Hussein ruled over Iraq for years and fought two wars with the United States. Many people view him as one of the most evil people in history. At the same time, he managed to write four novels, many of which were allegory for his country and his rule

Saddam Hussein ruled over Iraq for years and fought two wars with the United States. Many people view him as one of the most evil people in history. His rule was responsible for deaths of many people, including 5000 Kurds in a 1988 gas attack and the 1982 slaughter of 148 Shiite Muslims.
What many people do not know probably is that he had a poetic side as well. With everything else going on around, the man took time to write and publish novels.
One of them, in particular, is a romance novel. In total, he has published four novels. All of his works were published under the pen-name “the author”. It was probably to preach his ideology. Let’s take a look at them.
Iraqi government included the books on the nations’ syllabus for Iraqi schools.

Zabibah and the King

This is the romance novel we talked about. Reviews are not kind, and CIA felt that the book was ghostwritten under his direction. But not everyone agrees, because it is so badly written that it couldn’t have been a professional.
The novel was written in 2000, and the plot is a love story about a powerful ruler of medieval Iraq and a beautiful commoner girl named Zabibah. 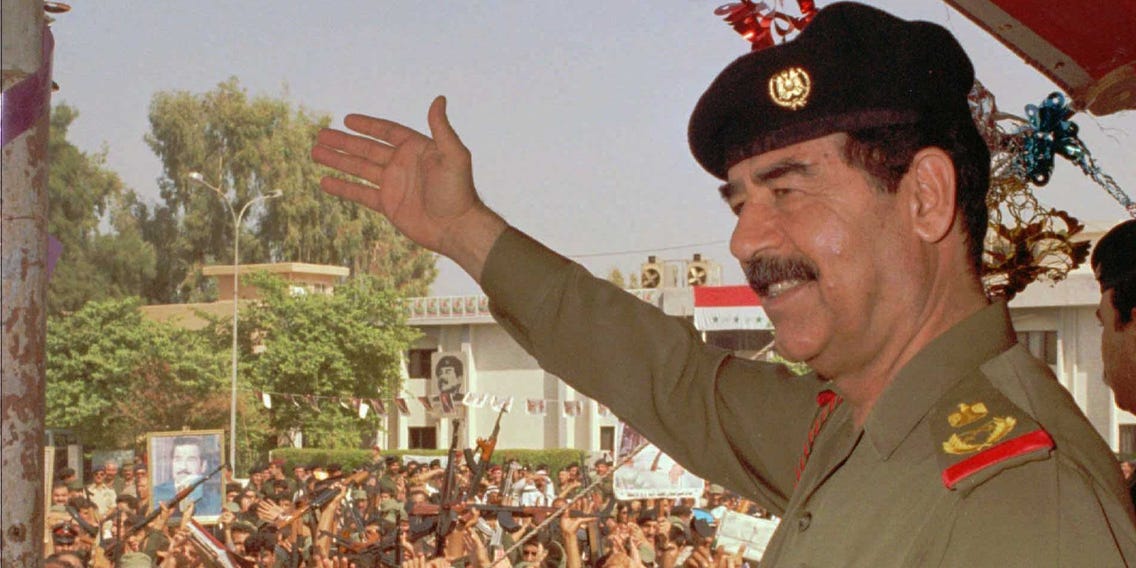 Her husband is a cruel and unloving man who rapes her. Set in the 7th or 8th century Tikrit, Hussein’s home town, the book is an allegory with Zabibah representing the people of Iraq, and her husband representing the United States.
The ruler, of course, is Saddam Hussein. The vicious husband is thought to be the US invasion of Iraq at the end of Gulf War, illustrated by the date of the rape being January 17, the same date US forces led the 1991 offensive that drove Iraq out of Kuwait.
The book was actually a best-seller in Iraq and sold for $0.50. More than one million copies were sold. Television series and a musical were later produced based on the book. There were rumors that the movie The Dictator, with Sacha Baron Cohen, was adapted from the novel, but they turn out not to be true.

The Fortified Castle is a 713-page novel published in 2001, and it is another allegorical work. The plot is about a delayed wedding of the Iraqi hero, who fought in the war against Iran, to a Kurdish girl.
The characters are the two brothers Sabah and Mahmud, living in a rural area on the west bank of the Tigris River. They come from a farming family, and met the young woman, Shatrin, from Suleimaniya. They all go to the same university in Baghdad. Sabah is a war hero from the Iran-Iraq war, during which he was wounded in the leg and taken prisoner in Iran. The power of the novel lies in the unity. Despite proposals to divide the property, his mother refuses and states it cannot be purchased with money.
She says, “Only those who give it their blood and defend it are its rightful owners”.

Men and the City

This novel concerns the rise of the Ba’ath Party in TIkrit. Founded by Fuad al-RIkabi in 1951, the Iraqi regional branch of the original Ba’ath Party, before changing its allegiance to the Iraqi-dominated Ba’ath movement following the 1966 split.
The party was banned following the official American invasion of Iraq in 2003. Yet, it still continues to function underground.
The book is largely autobiographical in nature and describes how his grandfather fought the Turks during the Ottoman Empire. It concerns many of his relatives as well. 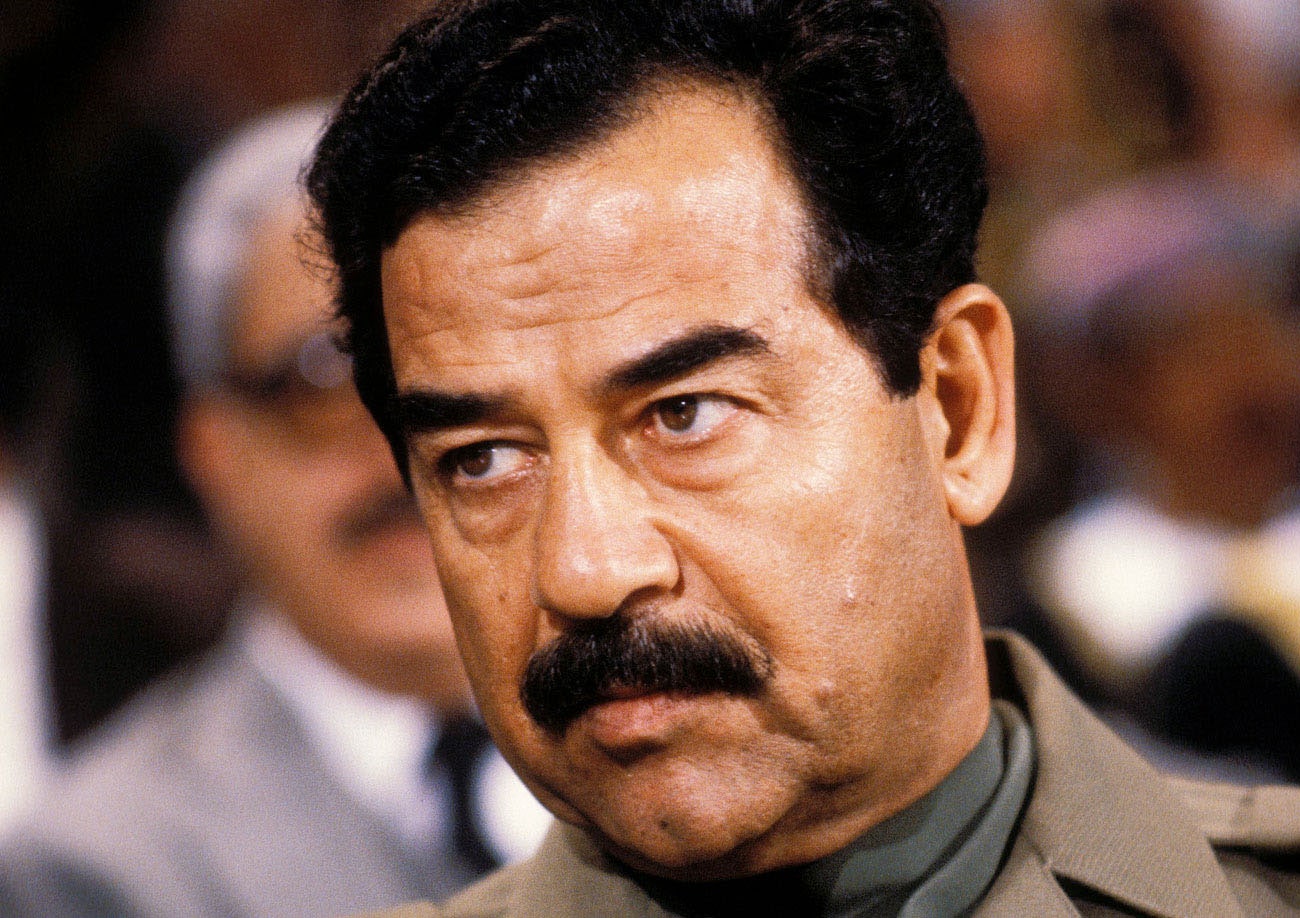 The main hero from this 2002 novel is named Saleh, but it is widely assumed it is Saddam himself.

Begone Demons is his fourth and last novel, allegedly finished before the US forces invaded. It describes through biblical metaphor, a Zionist-Christian conspiracy against Arabs and Muslims.
In the book, an Arab army eventually thwarts the conspiracy by invading the enemy’s land and destroying two massive towers. Many believe it is a reference to the September 11 attacks.
It was published in Tokyo by a Japanese published in 2006 under the title Devil’s Dance. Then, in 2007, it was translated into Russian and published in Saint Petersburg.