The Lost city of Atlantis, everything you need to know 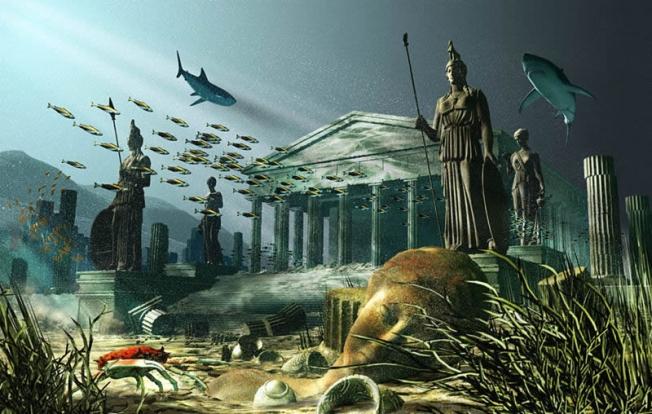 In his stories, Plato describes Atlantis as a legendary island, idealizing it as an advanced society where utopia dominates

The story of Atlantis, a legendary lost island was first told by Plato, in his dialogues “Timaeus” and “Critias”. Both were written about 330 BC. In his stories, Plato describes Atlantis as a legendary island, idealizing it as an advanced society where utopia dominates. In Atlantis, wisdom is the primary characteristic of the people, and their wisdom should bring peace in the world. The idea of an utopian society has captivated dreamers for generations, and many have tried to find and locate the city Plato described in his stories.

How does Atlantis look?

Plato has given vivid and comprehensive descriptions and observations how does Atlantis look. He describes the mythical city as the home for the best architects and engineers in the world. The city is rich with palaces, temples, docks and harbors.

The capital city, according to Plato’s descriptions, was built on a hill and was surrounding by several rings of water. All the rings were joined by tunnels that made it possible for ships to sail through them. All the outer rings were connected to the ocean with a huge canal. Outside of the capital city there were huge fields designed for farmers to grow food for the city’s population. Past the fields, the wealthy villagers lived up in the mountains. The homes of the wealthy villagers looked amazing, enriched with fountains, stones walls and precious metals covering the walls.

The Legend of Atlantis and Poseidon

In his works, Plato mentions that Atlantis was actually ruled by Poseidon, the sea god in Ancient Greece. Poseidon was given ruling over Atlantis, and the sea god used the city to show his appreciation for his wife. He built a large home for his mortal wife on the hill and in the middle of the island.

According to Plato, Atlantians were great engineers, and their technology was much more advanced than in other parts of the world. That is what made Atlantis special, as it was technologically and educationally much more advanced.

The palace, which Poseidon built for his wife was surrounded by wife rings of water and land. The palace was connected through tunnels that were large so ships can pass through them.

Wealthy villagers in Atlantis also lived in the mountains. Plato describes many spectacular buildings and fountains in Atlantis, not just the Palace that Poseidon built for his wife.

Poseidon’s wife had ten sons, five sets of twins. Each son was given one part of Atlantis to rule, and it worked for generations. Atlantis was a peaceful place, a truly utopian society where wisdom prevails.

The legend of Atlantis ends with the wrath of Zeus. Apparently, the citizens of the city became greedy, corrupt and they let their emotions get the best of them. Zeus summoned all the gods, and decided to teach Atlantis a lesson. Sadly, the story ends there, so it is unknown how and if Zeus destroyed the city.

Modern theories and impact of Atlantis

There are several modern theories that try to explain the existence and location of the mythical and utopian city. We will delve into some of the plausible and popular ones.

The city of Atlantis, and the term utopia that Plato used had a huge impact on the work of Thomas More, who wrote his own book called “Utopia”. More lived in the 16th century, and he was inspired by travelers in America. His book describes an imaginary and fictional land, which he calls the “New World”. Furthermore, “Utopia” had an impact on another writer passionate about utopian societies, Sir Francis Bacon. Bacon wrote a book called “The New Atlantis” where he also describes utopian society located in the western coast of America.

Ignatius Donnelly is one of the most popular authors when the subject is Atlantis. He was a firm believer in Mayanism, and argued that all antic civilizations descended from the mythical city that Plato described. Donnelly saw Atlantis as a technologically sophisticated and more advanced city, and drew several parallels between the New and Old World. He is considered as the “father of the revival of Atlantis”. He believed that Atlantis was destroyed by the Great Flood mentioned in the Bible.

Helena Petrovna Blavatsky was a Russian writer, and she is often mentioned as one of the creators of the Nazi myth and their supremacy. Blavatsky took a different approach to the myth of Atlantis. She wrote about racial evolution, not primate evolution. According to her, the citizens of Atlantis were the fourth race, which was then succeeded by a more superior, fifth race, or as she called it, the “Aryan Race”. The Aryan race and its supremacy is one of the founding principles of Nazism.

The exact location of the city has been a topic for many researchers, archeologists, historians and geographers. Many have tried to find it, and questioned its existence and location. The locations for Atlantis vary from the Andes Mountains in Bolivia, South America, to Florida, Central America, to China and Africa. Here are some possible theories about the location of the lost utopian city.

The second common location is the Atlantic Ocean. This theory is backed up by a research done by professor Richard Freund. In 2011, he and his team claimed to have found proof of existence in the Atlantic Sea, on a location close to Andalusia. The team, working on a documentary for National Geographic Channel, believed that the city has been destroyed by a tsunami. On the other hand, many Spanish scientists have dismissed this theory, claiming that Freund is speculating and trying to sensationalize the work. Another theory by German researcher Rainer Kuhne places Atlantis in close location. He believed that Atlantis is located north of Cadiz, a city in Spain. The Atlantic Ocean is a popular choice for speculation due to the name it bears, since many believe Atlantis comes from the Atlantic Ocean. The Canary Islands have also been proposed as a possible location.

The Caribbean is another location that many point to when asked where Atlantis is located. Specifically, the alleged Cuban sunken city is actually Atlantis.

As for South America, many scientists confirm the fact that the continent has many similarities to the description of the city that Plato uses in his work. Specifically, Bolivia is a country mentioned by many and the region of the Andes.

The death of a myth

While many have tried to find Atlantis, Plato is very clear about the location of the mythical city. The downside is, according to the directions and the description he gave, it is impossible for such city to exist.

For example, Plato describes the location with the words “For the ocean there was at that time navigable; for in front of the mouth which you Greeks call, as you say, 'the pillars of Heracles,' (i.e., Hercules) there lay an island which was larger than Libya and Asia together." In other words, Plato believes the city is in the Atlantic Ocean, beyond what is nowadays known as the “Strait of Gibraltar”. There have been no traces or evidence of its existence in the location, despite the fact that many have tried to locate Atlantis on the exact same place. Additionally, Plato’s description about how the city was built is impossible. According to Plato, the continent drifted, and the seafloor spread over time. It would be impossible for the city to sink in that place.