The long history of Route 66 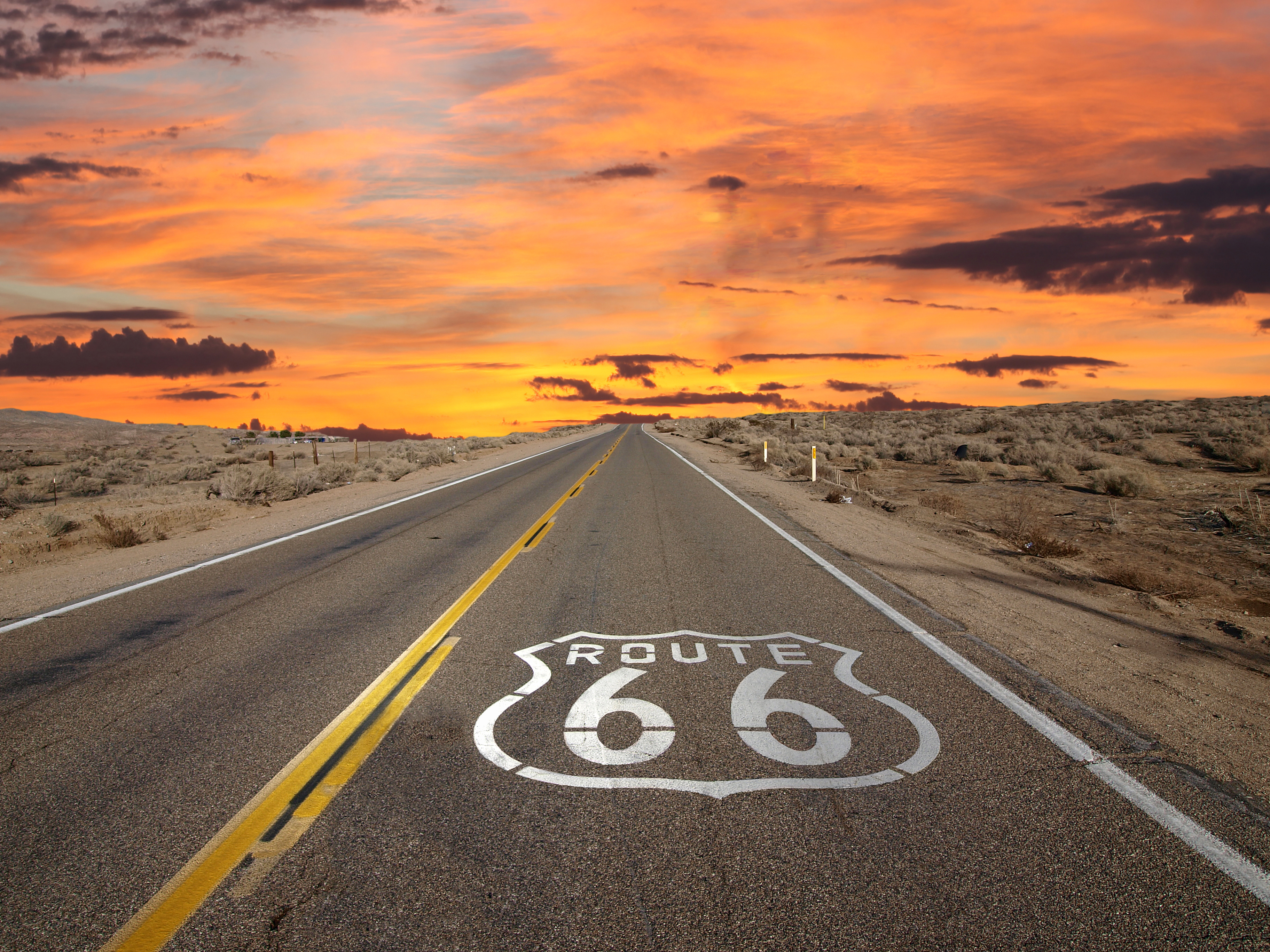 From Illinois, through Oklahoma, Texas, New Mexico, the route ends in California. On the current map of America, you cannot find Route 66, as the road is the only national highway to be decommissioned from the original 1926 grid

The “mother road” as some like to call it is the most iconic highway in the United States. Immortalized in a song, “Get your Kicks on Route 66”, and in literature, “The Grapes of Wrath”, Route 66 represented a feeling of freedom for many Americans through the years. The highway stretches from Chicago to Los Angeles, for a total of 2,448 miles.

From Illinois, through Oklahoma, Texas, New Mexico, the route ends in California. On the current map of America, you cannot find Route 66, as the road is the only national highway to be decommissioned from the original 1926 grid. The road was decommissioned in 1985. Nowadays, it represents just a piece of history, with new changes coming that will make the road historical again.

Everything started in 1857, when a Naval officer in the US Army was ordered to build wagon road along the 35th parallel. He also had to test the use of camels as pack animals in the desert, and see if it is feasible. The first road that Lt. Edward Fitzgerald Beale built became part of the iconic US 66. The first parts that were built before 1913 can be seen north of the Cajon Pass.

But that was just the beginning, as legislation for public highways first appeared in 1916. Due to several revisions of the legislative, it wasn’t until 1925 that the plan for national highway construction was executed. This paved the way for the Route 66, as the initial idea was to connect the main streets of rural and urban communities.

The number Route 66 became alive in 1926, thanks to the numerical designation. At the beginning, the road was all gravel and/or graded dirt. The road was completely paved in 1938, with the Great Depression being a big part of the reason why. But because the road was gravel, it was one of the most dangerous in America. There were parts that carried the nickname “Bloody 66” because of many accidents happening at the spot.

During World War II, the road served its purpose as place for moving military equipment. In the 1950s, the road experienced another role change. Now, the road served as the main highway for tourists and vacationers going to Los Angeles.

In 1956, the demise of the road began, as the Eisenhower signed the Interstate Highway Act. For 60 years, Route 66 served its purpose and was under constant change. Thanks to development of highway engineering, more and more direct routes between cities were executed, and the Route 66 became obsolete. In 1985, the road was officially decommissioned.

Almost 90 years after the road was first built, Route 66 has a chance to make history again. A start-up company from Idaho, the road will become the first state road to be enriched with solar panels.

The project is still in its initial phase, but the plan is to pave the entire Route with panels. According to some estimates by the start-up company, if all the roads and pedestrian paths are covered with solar panels, they can produce three times more energy than what America as a country uses now. The project aims to reduce energy costs of America as a whole, and make America an environment-friendly country.

And the best part is the solar panels can be programed to act as road signs.

With such a long and rich history, there are always some interesting facts for the Route 66. Here are some:

- John Steinbeck was responsible for “The mother road” nickname. He used the nickname to describe the road in his Pulitzer Prize-winning novel, The Grapes of Wrath

- We mentioned that the Great Depression was responsible for paving of the Route 66. Because unemployment was a record high from 1933 to 1938, many male youths went to work on the road, helping to pave the route. In 1938, the road was officially paved

- In 1928, just two years after the officially opening of the Route 66, it served as the course for an endurance race. The coast to coast marathon went from Los Angeles to New York, covering more than 3,400 miles. Large part of that marathon went through Route 66. The race lasted for 84 days, and only 55 individuals finished it. There were 199 participants who entered the race. Andy Payne, a 20-year won the race

- We said that President Dwight Eisenhower signed the Aid Highway Act, which was one of the reasons Route 66 became obsolete. The President was motivated by his military experience. He understood America needs better highways in 1919. Later, during World War II, he experienced first-hand the advantage that great highway network provides. He advocated for better network as beneficial for military defense operations, something he understood when he witnessed Germany’s highway network

- At the beginning, Route 66 was designed to help farmers transport grain and produce for redistribution.